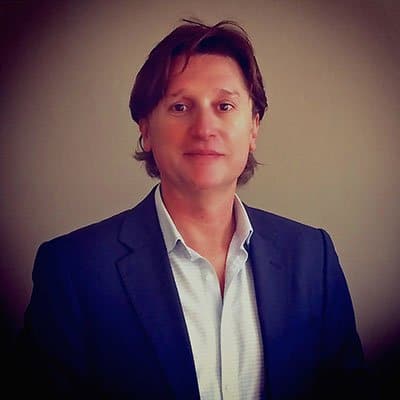 Ricardo Mutuberria is a biologist (Basque Country University, Spain – University of Cincinnati, Ohio) with an MSc in Applied Biotechnology and Microbiology (Wolverhampton University, UK) and an MSc in Science Communication (Pompeu Fabra University, Barcelona). Ricardo moved from biomedical research laboratories to science museums to promote public engagement of science and scientific culture. In 2006 he joined Parque de las Ciencias, a science center in Granada, Spain, as developer and coordinator of a new Heath Sciences Pavilion.

In 2010 he moved back to Barcelona to join the audiovisual production company Nueve Ojos, as Head of Scientific Content for the development of multimedia exhibits for Planet Life, the new permanent exhibition at Museu Blau, the Barcelona Natural Sciences Museum.

In 2011 Ricardo was hired by the American Museum of Natural History as Assistant Director of Global Business Development, a position that exposed him to the work of museums and cultural institutions all around the globe.

In 2013 Ricardo joined Genspace, a science laboratory open to the public in Brooklyn, NY, as a volunteer mentor and teacher, and in 2015 he was appointed Director of External Programs, with the objective of helping science centers develop and operate community laboratories in biotechnology and life sciences.

He recently moved back to Barcelona to continue working as a freelance in the development of multidisciplinary community laboratories, a model that can be implemented at a broad range of museums and cultural institutions.

Ricardo Mutuberria spoke at MuseumNext Rotterdam in 2017. Watch a film of the talk here.