Reminiscence and adult learning for elderly audiences in open-air Museums

Worldwide, the general population is getting older. In EU countries, for example, 19.2 per cent of the population was over the age of 65 in 2016. This is an increase of 2.4 per cent since 2006. There are also more people living over the age of 80, as life expectancy rates rise higher than before. People are choosing to have children later in life. Also, the number of children being born is decreasing in developed countries. This means that the old age dependency ratio is changing. Quality of life has also increased, of course. Many of these older adults are enjoying active, healthy lives. But others are experiencing a variety of deteriorating health conditions, such as dementia.

In 2018, the World Alzheimer’s Report found that there were 50 million people globally living with dementia. One person develops dementia every three seconds. This number is expected to rise as the population continues to age. Helping these people to continue living an active life is a key part of their health and wellbeing. 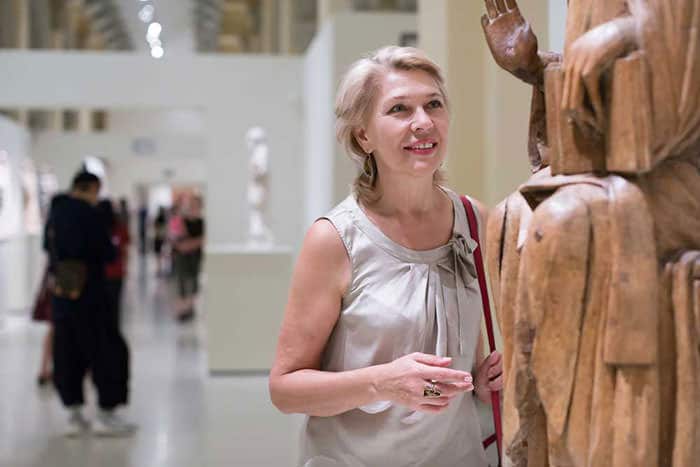 Why is learning an important part of active ageing?

Active ageing means staying active and engaged before and during retirement. But it does not just apply to physical activity. Mental exercises and lifelong learning schemes can also help.

For a person with dementia, a learning activity may look a little different. Inspiring Learning for All is an improvement framework for the arts and culture sector in the UK. It defines learning as the process of active engagement with an experience. Learning is a way of making sense of the world. Effective learning sessions will lead to change and development. Despite the memory problems associated with dementia, learning activities can still meet these goals. They also have the potential to provide inspiration and enjoyment.

The Active Ageing and Heritage in Adult Learning project

From 2014 – 2017, the EU funded a project called Active Ageing and Heritage in Adult Learning (AHA). The aim of this project was to improve the informal learning offer for older adults. In particular, those with deteriorating health and abilities. 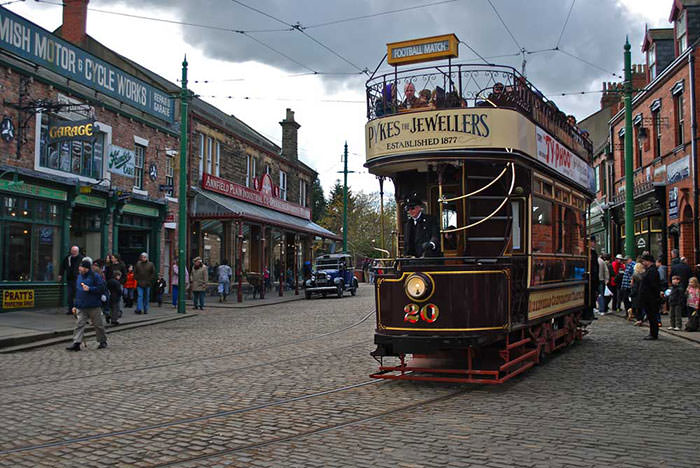 All five museum had existing reminiscence programmes or were developing new ones. For the purposes of the project, the museums worked together to create a shared session outline. This framework for an adaptable reminiscence session was then used by all five throughout the project. This uniform approach meant that the resulting evaluation was more valuable.

The importance of reminiscence 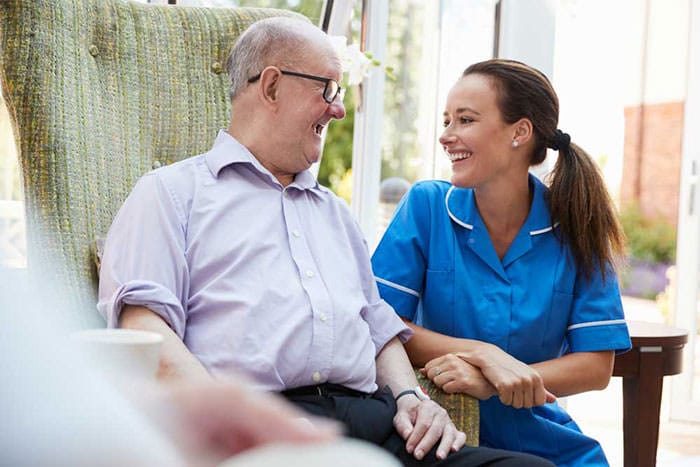 The Social Care Institute for Excellence in the UK says reminiscence sessions can be really valuable. “Reminiscence can give people with dementia a sense of competence and confidence through using a skill they still have. Many people with dementia find themselves routinely having things done ‘for’ them or ‘to’ them. When a person shares something about their past and another person shows interest or enjoyment, it is a wonderful opportunity for that person to feel that they are the one who is giving something to another human being, rather than always being the one who is receiving or listening.”

During the AHA project, the five open-air museums ensured their sessions followed the same format. The sessions followed a theme of “a night out/a special day”. Museum staff greeted participants and their carers on arrival. They enjoyed tea or coffee and a tour.

The five museums are all unique. They are set in different social and cultural contexts. One thing that they have in common is the use of historically correct settings. Visitors can tour buildings that reflect time different periods from the 1940s to the 1970s. All the objects on display blend with the period. This creates an immersive environment. Scenes include elements such as working open fires, cookers, sewing machines, toys and many other props. Even museum staff are dressed in period clothing. A visit stimulates many senses, with interesting sights, sounds and tastes. This means that these museums are ideally placed to offer effective reminiscence sessions. Participants also take part in object handling and other activities as part of the sessions. For example, they help to prepare food, lay the table or arrange flowers. For this project, the objects used were connected to the theme. These included things like show programmes, cinema tickets, hair gel or dance shoes.

Results of the evaluation

The project evaluation looked at whether the sessions had an impact on the wellbeing of people with dementia. It also looked at the impact on those who were acting as caregivers for the participants.

The five museums worked with the three universities to establish a robust evaluation system. This consisted of four forms. Carers completed two questionnaires. One concerned the impact on the wellbeing of the person with dementia. The other invited them to give feedback on their own experience. The participants also took part in a semi-structured interview. A form was provided to guide this session. Finally, the session facilitators also filled in a feedback form.

The evaluation defined four markers of wellbeing. These were positive affect, interest, sustained attention and self-esteem. Overall the ratings for these were high after the sessions. This suggests that they improved wellbeing in the moment. Additionally, the carers reported that their own wellbeing improved. They reported gaining new skills and knowledge as part of the sessions.

The AHA project report concludes, “The responses from participants indicate that they found the sessions to be a rich, holistic experience which extends beyond a conventional object handling and reminiscence session as might be found in a conventional care home setting. They also recognised the special, historical character of the settings, However, the diversity of moments and experiences that [people with dementia] talked about also opens up the possibility that, for the participants, the act of reminiscing may not be of central importance but may be one of several elements, each of which add value to the embodied, social interactions which these sessions foster.”

One outcome of the project was a set of guidelines for running open-air reminiscence sessions in museums. This includes recommendations from all bodies involved. The universities’ recommendations include exploring the potential for different session content and settings for male and female participants. They also suggest looking at the possibility of offering a series of responsive sessions. These would mean that conversation from one session leads into future sessions. 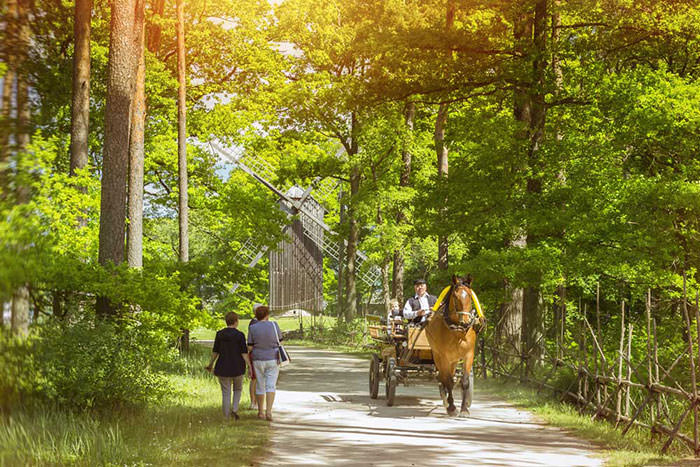 The guidelines set out by the museums include advice to use a variety of different techniques in sessions. They suggest the use of indoor and outdoor space, physical activities, music and food. The guidelines also point out that the way staff facilitators communication during the sessions is key. A person with dementia may not respond well to a series of fact-oriented, verbal questions. Opinion statements and non-verbal prompts are useful tools. The full set of guidelines is available in the report.

Outcomes of the AHA project

One outcome of the project included the creation of courses for care staff and family carers. All five museums had found that professional care staff were inspired by the methods used. The idea behind providing a course for these staff was that they could use the skills in their own practice. It would also allow them to visit the museum outside of structured museum sessions. The courses were for professional care staff. They were also for students connected with the subject. Evaluation of the courses showed that participants were happy with the outcome. Several of the museums intended to continue providing them. The evaluation showed that 92 per cent of course participants said they would now feel confident in bringing a person with dementia for a visit.

Often, a person with dementia is cared for by a partner or family member. For these caregivers new to this, the experience can be daunting. They don’t always receive adequate support or training. It can be particularly difficult for them to find new activities to do together. It can be a challenge to establish meaningful communication outside of the routines of caring. As part of the AHA project, the museums also created courses for these family carers. The aim was to provide useful information, advice and practical skills. An evaluation of these courses found that participants found the content useful. They also welcomed the opportunity to meet other people in the same situation.

This project shows how museums can be a valuable resource for people with dementia and their carers. They provide a safe and authentic space to interact with heritage and culture. They are ideally placed to deliver reminiscence therapy. Like the five open-air venues in this project, museums worldwide have a wealth of cultural and historical knowledge. This skill-set can have a practical application in supporting the health and wellbeing of people with dementia.