A British charity devoted to education and improving mental health has launched an augmented reality (AR) app that it says will highlight the historic roles of black people throughout history. Black Learning Achievement and Mental Health (BLAM) is a not for profit organisation that is focussed on delivering history education throughout the UK, mainly in primary and secondary schools. It has come up with an app which it says will help to teach young people in the country about the often overlooked narratives of black people’s lives by generating AR versions of them in various locations.

The app is called History Bites and it presents statues of individuals of African descent in real-life settings through the use of modern technology. As well s honouring some historical black figures with virtual statues of them, the app will display plaques that are full of information about their lives and achievements. This way, the charity hopes, it will be able to educate people about the lives of black individuals in a completely new and engaging way. 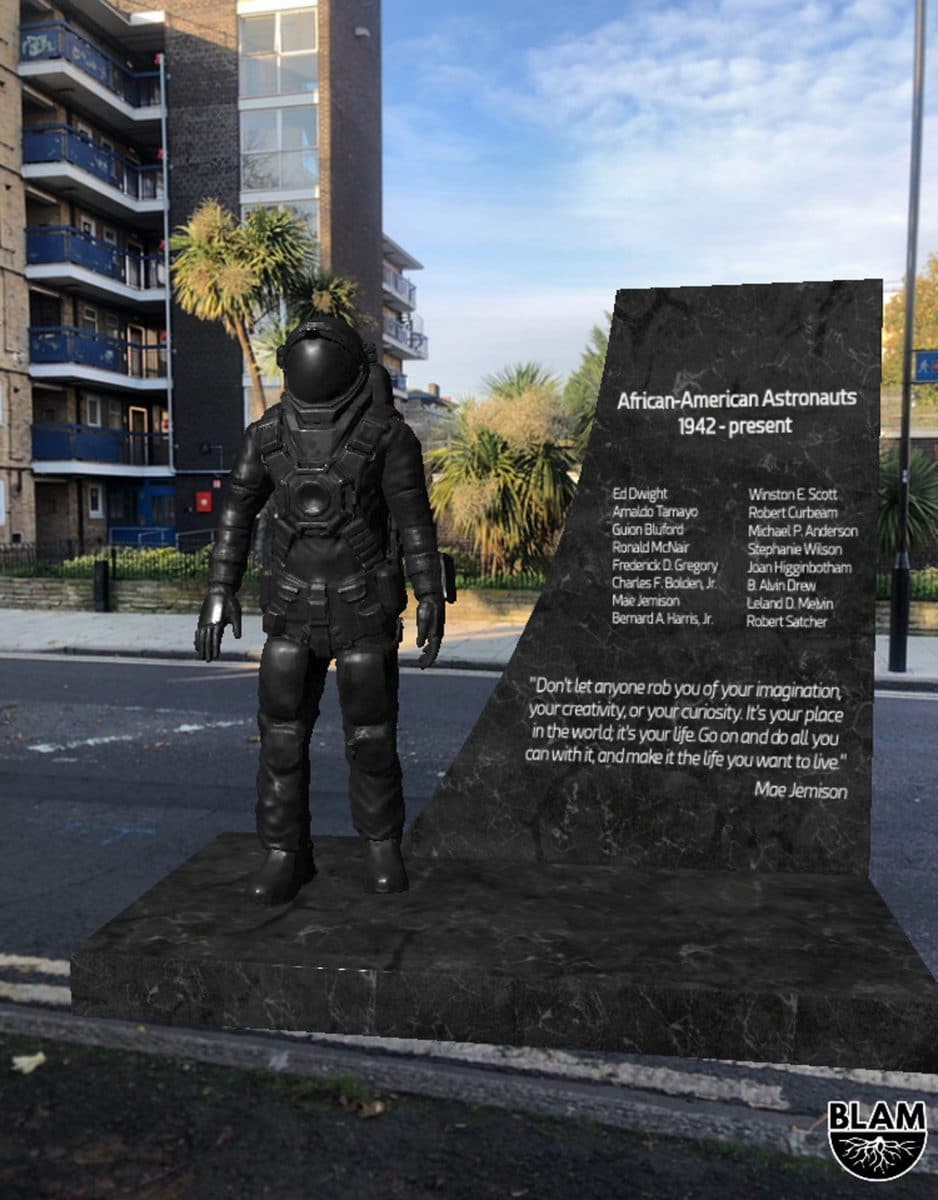 In a statement, a spokesperson for BLAM said that the organisation wanted to inform young people about some of the people who fought through the ages for the freedom of black people who were so often enslaved and abused in their colonial history. The idea began earlier in the year when the UK was shut down and the usual rights of freedom of movement were rescinded as a result of the coronavirus crisis. At this time, BLAM decided that it wanted to make use of virtual technology as it was no longer in a position to visit schools in a physical sense.

As a result, the decision was made to come up with an online learning platform that would be designed for youngsters between the ages of six and 16. A design studio in London named Landmrk was appointed to develop a web-based app which BLAM intended to make freely available. They aimed to use AR to enhance the user experience in a way that would not detract from the learning – it would merely be an eye-catching use of technology to entice people to find out more about the lives of the historic people who featured.

Ife Thompson, the founder of BLAM UK, said that the app was an attempt to ensure that black narratives would become more accessible to everyone, especially young people. So far, the app is delivering on that initial design concept. History Bites is a web-based app that functions by simply scanning a QR code with a suitable smart device. At the moment, there are six lessons where the app will function and provide an AR statue of a black figure. One deals with the history of the famous Bristol bus boycott while another focusses on the contributions made by black people in space exploration technologies.

Each of the virtual statues of black figures from the past has unique educational content. This has been created by BLAM and includes virtual lessons as well as further educational material on the subject matter at hand, such as podcasts and essays. Children and young people who go through one of the lessons in the app will face a multiple-choice quiz at the end of it. Once this has been completed successfully, a badge is earned which subsequently unlocks another of the app’s AR statues and its corresponding plaque. 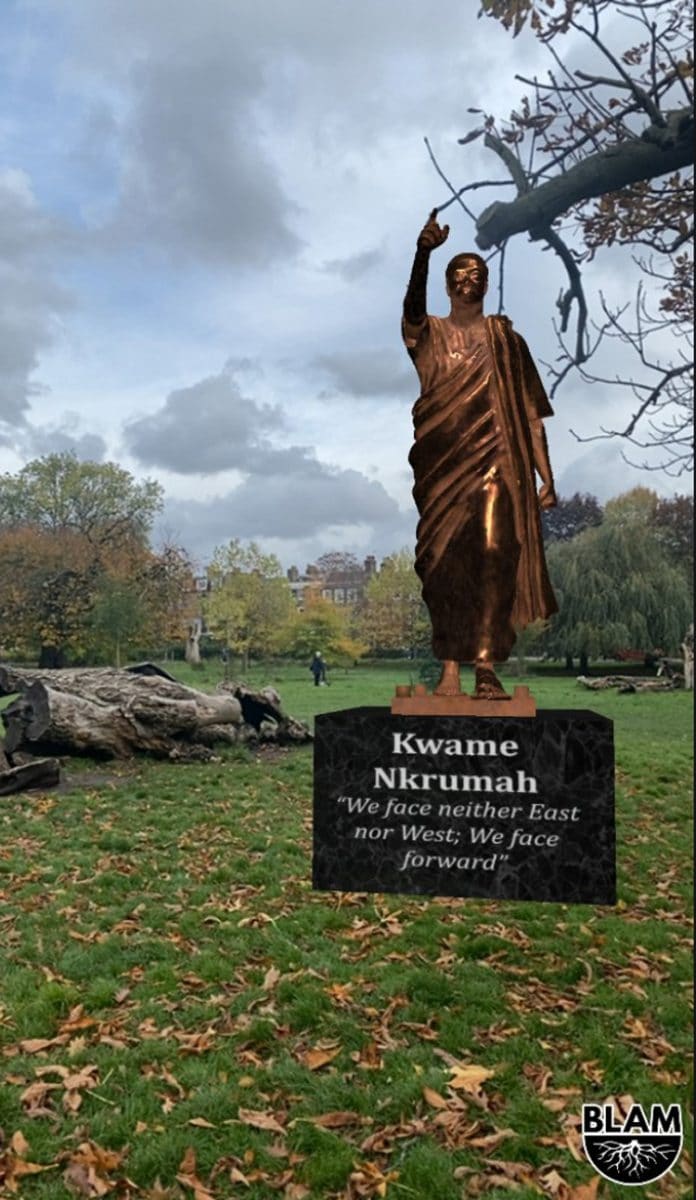 An important part of the app’s design is that it makes use of the device’s camera so that the AR statue appears in the location where the learner happens to be. In other words, it fully integrates with the local surroundings. Furthermore, the badges and learning achievements of others who have used the app for that particular lesson are also on display. The idea is that this incentivises children to continue with their learning as they realise they are not the only ones taking on board these often untold histories.

According to BLAM, the main driver behind History Bites was that there are what it sees as gaps in the history curriculum in the UK. It describes this as overly Euro-centric because it frequently omits the historic achievements of black people that warps the true nature of history. “The omission of black people… is harmful,” BLAM said. The charity went on to add that this is often detrimental to black children today because they do not always gain a full understanding of their historical and cultural impact on the world.

BLAM estimates that only a little over a tenth of GCSE students studying history in the UK undertake modules that make any reference at all to the contribution to Britain made by black people. Therefore, History Bites aims to redress some of this imbalance among all students while engaging in what it calls positive identity development for British children of African heritage. 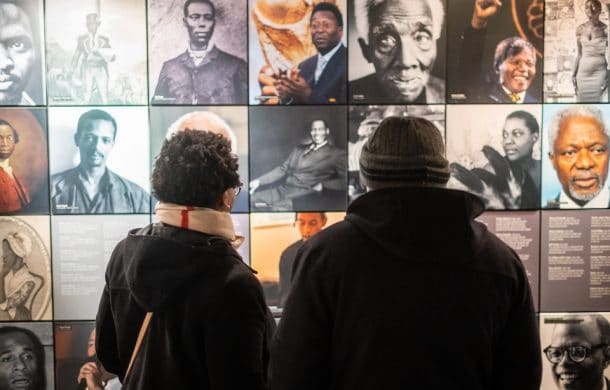