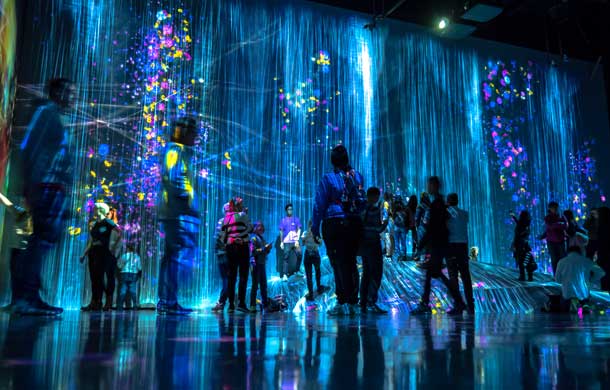 Digital art and curated art that is presented in digital media are nothing new. However, in recent times, both have been gaining more and more attention both within the art world and among the general public. A big driver behind this has been the socially distanced world that became such an abrupt reality early in 2020. However, blockbuster immersive digital exhibitions were already making headlines well before the world knew about Covid-19.

So, what is going on? Has the pandemic simply sped up the uptake of digital media to exhibit art or was the world already heading inexorably in this direction already? Naturally, different people will take differing views of this depending on their standpoint. Consequently, it will be worth looking back at some of the digital exhibitions which have been put on in recent years to see whether there are some discernible trends. Digital are shows have been around for some time but their immersive nature is what seems to be most striking of all given where the world is today as it attempts to vaccinate itself back to normality.

The current trend in digital art exhibitions is for more and more immersion into the art. Digital technologies can certainly offer this more experiential form of art consumption. Is the public no longer simply happy to view images or art? Have tastes changed to such a degree that art exhibitions of the future will need to put on more of a show? Of course, no one can say for sure what the post-pandemic art world will look like. That said, there are some tantalising insights that can be gleaned from the immersive digital art boom we have witnessed in the last year or so. Before looking a little closer at some of those, however, it will be worth turning the clock back a little further.

Curated for an initial show at the Barbican Arts Centre in the City of London in 2014, Digital Revolution offered a glimpse of what immersive digital art might look like. Before moving on to Sweden, Greece, Turkey, China and Germany, this exhibition put digital technology at its core.

Bringing together digital art from as far back as the 1970s with architectural design, film making, video game graphics, digitised music and even robotic dance, the show was seen as a landmark when it first launched. Exploring the then relatively nascent world of augmented reality along with other interactive elements, such as an immersive laser show, the exhibition was unequivocal about its subject matter – art in a digital world. Although some aspects of the show have necessarily aged as digital technology has progressed, it was the immersive nature of parts of the exhibition that set the standard for what was to follow even though many of the current crop of immersive digital exhibitions have a more backwards-looking curation style.

A prime example of the sort of blockbuster show that is showing just how popular digital exhibitions can be is Atelier des Lumières. Launched in 2018, and currently closed due to social distancing rules in the French capital, this exhibition is located close to the Bastille in a former Parisian foundry. Operated by Culturespaces, the initial digital show featured the artwork of Egon Schiele and Friedrich Stowasser, better known as Hundertwasser, as well as numerous artists of the Viennese school, notably Gustav Klimt.

Making use of state-of-the-art visual projections as well as audio, the various artists’ works were truly transformed into digital representations. Not only were the paintings reproduced in digital forms but they were projected at a much larger scale. Even walls that were ten metres high or more got the cinematic treatment by the use of no fewer than 140 laser video projector. Overall, the exhibition space comprised an enormous 3,300 square metre surface area in which the humans viewing the spectacle were inevitably dwarfed by the images. What’s more, the immersive digital show could be changed relatively easily. As well as devoting some of the smaller gallery spaces to emerging artists, Atelier des Lumières was able to show other famous images without needing to borrow them from their owners. For example, Van Gogh’s Starry Night was introduced into the exhibition at one point. It garnered attention well outside of the art world when it featured in a Netflix TV series called Emily in Paris.

Perhaps because of the notoriety that Atelier des Lumières gained across the world for its creation of a truly digital space in which it was possible to roam freely, the Indianapolis Museum of Art – now known as the Newfields Museum – took the decision to radically alter an entire floor of the gallery.

The art museum’s director, Jonathan Berger, explained that over 3,000 square metres of the institution on its fourth floor would be devoted to a virtual space where immersive digital art shows could be installed. “The public is introduced to and engages with art differently now,” he said. Berger went on to add that the, as yet, unopened gallery space would be the first of its kind in the US. He also said that, as a cultural institution, the Newfields Museum has to reflect the changing nature of the way people interact with art these days. “Even though society has changed, [many]… museums have not,” he said.

Culturespaces work in Paris is not a one off. As the developments in the US show, digital exhibitions are likely to be popular when attendance of galleries becomes possible once more.

That said, online versions of these shows can still be enjoyed despite the lockdown rules. This is the case with Bassins de Lumières which replicates much of the work Culturespaces did at Atelier des Lumières. This time, however, the exhibition space is a former submarine base and the artistic projections are even more monumental among the brutal architecture. Culturespaces’ president, Bruno Monnier, said that replicating and adjusting digital exhibitions for different spaces took skill but since they worked with only a digital projection, not the real art itself, there were virtual no transportation, security or insurance costs to speak of.

There have been a number of digitised shows featuring the work of one of the world’s most famous artists. The Van Gogh Museum, in Amsterdam, launched an an official Meet Vincent Van Gogh Experience back in 2016 when it started to use large-scale digital projections of the Dutchman’s art in a pop-up exhibition in Beijing as far back as 2016. This ‘experience’ as it was billed went on to be shown all over Asia, North America and Europe. Put together by Event Communications, a London-based museum design consultancy, the show would go on to win a Themed Entertainment Award in 2017 for the best touring immersive museum exhibit. When the show came to London, it was marketed as the Van Gogh Immersive Experience, a telling sign that the immersive nature of the project had become one of its signature selling points. Making use of 360-degree projections and elements of virtual reality, the show featured projections and sound to augment the immersive nature of the experience.

Although it was panned in some areas of the British press when it first took up its residency on the South Bank of the Thames, close to the Tate Modern gallery, the exhibition was popular with members of the public until lockdown rules prevented it from reopening. Of course, it may well be that the public’s appetite for Van Gogh and large digital projections of his art is unabated and the show will continue to attract large numbers of visitors when it reopens later in the year. Certainly, this is the hope in San Francisco because a pop-up version of the show has been admitting visitors there since mid-March.

Finally, although digital immersive art shows may simply be a recent fad that has become trendier simply because of the pandemic, it should be noted that art collectives like teamLab have been serving up this sort of thing for two decades. Referring to themselves as ultra-technologists, the artists in the collective have been curating and displaying their digital works in Tokyo since 2001. The collective launched a second digital museum in Shanghai a few years ago and has staged temporary exhibitions in Finland before.

In 2018, when teamLab first opened its doors to the public in its own, eponymously titled exhibition space, it succeeded in attracting 2.3 million visitors in the first year alone. That astonishing figure may belie the fact that the appetite for immersive digital experiences in art is far from a passing trend. After all, it is the largest attendance statistic for a single-artist institution anywhere in the world. In 2021, the collective announced it had teamed up with the Chinese social media platform, TikTok, to produce a new virtual immersive art experience. As such, few people would bet against it coming up with another hit digital show, even if it happens to be an entirely virtual one. 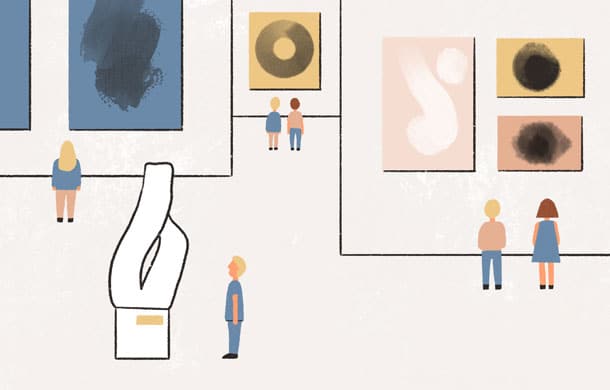 “Blockbuster” is no longer a term reserved for high-grossing movies or best-selling novels. Turns out, it can also refer to museum culture. Attendance figures will... 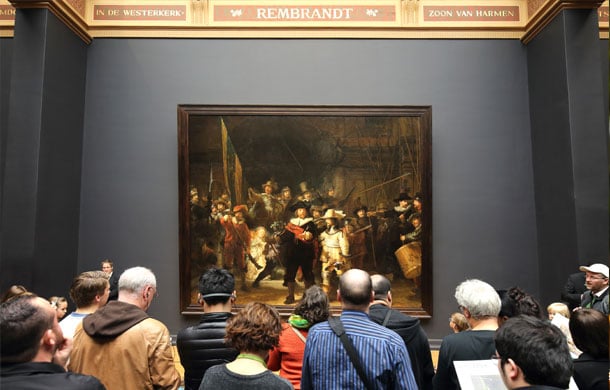 The Rembrandt year is over. About five years ago, the directors of four major Dutch museums first came together to prepare the 2019 celebration of... 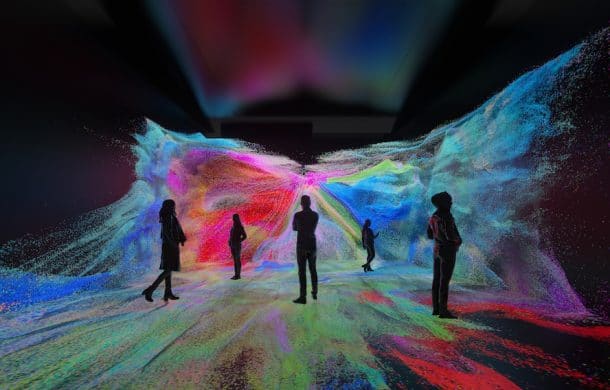