A new app has been launched that aims to bring one of the most popular elements of any natural history museum into the homes of users. Museum Alive blends augmented reality (AR) technology with the latest palaeontological research so that people will be able to see dinosaurs roaming their natural environment from millions of years ago, only this time in an ordinary domestic setting. It is hoped that the app will provide a museum-like experience as well as serving as an educational tool that can augment public understanding about these fascinating creatures.

The company behind the project, Atlantic Productions, is no stranger to creating widely viewed education content. It was the production company that made the BAFTA award-winning film David Attenborough’s Natural History Museum Alive which featured the narration of the famous naturalist, probably best-known for his BBC natural history TV programmes. Essentially, the app will serve as an AR companion to that film, enabling anyone who downloads it to enjoy its three-dimensional graphical style while taking on board some of the wider natural world contexts of the original film.

Don’t be put off the idea of dinosaurs running around your home, however. This is far from a world envisioned by the creators of the Jurassic Park movie franchise. What is on offer here is some slick animation of wild creatures rather than the real thing. What’s more, all that is needed to enjoy the prehistoric lifeforms in your home is one of the latest iPhone models.

In March, Atlantic Productions said it had made its new app available to download from Apple’s App Store and that it would enable users to view AR reproductions of three extinct species. Users are first able to examine the fossil records of each of these species in the company of Attenborough but then the AR kicks in with their habitat appearing to come to life. Into this virtual world, the creatures appear to behave – to all intents and purposes – as though they are real, living animals.

According to the production company, their app first focusses on a creature known as an Opabinia. Far from being the giant reptile that many people associated with prehistoric creatures, the Opabinia was a strange-looking fish. Not only did this aquatic animal have five eyes but it also possessed a trunk-like feature, too. Another of the AR creatures to feature in the app is the Diamorphodon. This was a winged dinosaur. As such, the app gets it to soars through what appears to be the physical space of the room that the device running the program is located. Cleverly, the designers have not simply got the Diamorphodon flying around for the sake of it. The reptilian is seen moving around a virtual tree as it pursues a computerised dragonfly it supposedly wants to make a meal of.

Museum Alive also features the virtual fossils and AR-rendered movements of a Smilodon. Perhaps better-known as a sabre-toothed tiger, the Smilodon was derived from a different sub-family of Felidae than modern tigers. In the AR version Atlantic Productions have made, the predator is seen stalking its prey in a thrilling finale. Nevertheless, the use of AR experiences to provide entertainment is only one part of the package. The app also takes plenty of opportunities to provide more information and context about each of the featured extinct animals.

Anthony Geffen, CEO of Atlantic Productions, the app allows some of Attenborough’s favourite prehistoric creatures to be brought to virtual life to tell stories about them. “[This means]… we can see their worlds in a completely different way,” he said. Geffen, who is also the creative director behind the project, went on to add that by developing a genuine AR experience in the field of natural history, his team were able to break new ground in immersive storytelling.

The Museum Alive app is currently available for $2.99 in the United States and £2.99 in the UK. It is available to download with Apple’s family sharing system, however, which means that it can be held on multiple devices within the same household. Currently, it is only supported through on iOS with no announced plans, thus far, for and Android version. Indeed, because it makes use of AR technology, the app will only function on iPhone 7 models and upwards so long as they are running iOS 11 or later editions of the operating system. That said, Museum Alive is recommended for iPhone 8s which have iOS 13 for the best possible results.

Alchemy Immersive, an independent production studio, was responsible for the 3-D animation and modelling that meant that the creatures could be brought to virtual life. Their work meant that the authentic appearance and movement of each creature became as naturalistic as possible. Furthermore, in their quest for authenticity, the designers at Alchemy Immersive used a technique called photo-grammetry to capture the environments that the AR creatures supposedly inhabit, thereby, amplifying the realism on offer.

Elliot Graves, the creative and technical lead at the studio, said that he was proud of his team’s contribution to the app. “[They have]… genuinely contributed to the education and inspiration of children through immersive technologies.,” he said. Graves went on to add that aesthetic decisions and design considerations were at the heart of the app’s development. “We wanted to ensure the AR elements would be timeless and not age,” he said. Of course, time will tell in this regard but the reviews of the software on the App Store certainly seem to be positive among the people who have downloaded it so far.

That is not to say, however, that these early attempts to bring museum-like content to people though Augmented Reality will not date, of course. As we know only too well from dinosaurs, what can seem in its prime one day may not be the next. Having said that, the graphical reproductions of the prehistoric creatures featured are genuinely ground-breaking and could mark a sea change in the public’s expectations – rather like the original Jurassic Park film did for cinema-goers. 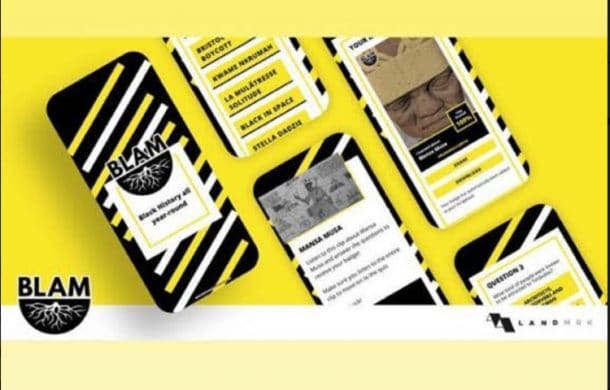 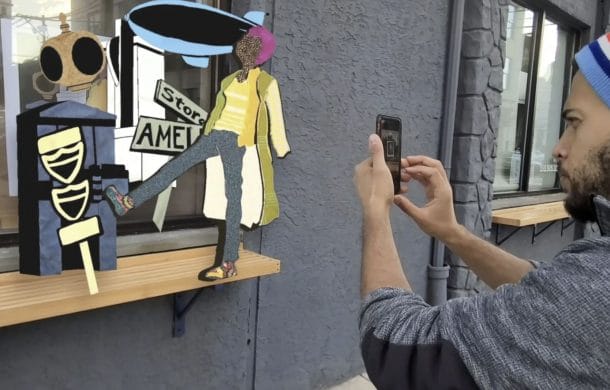