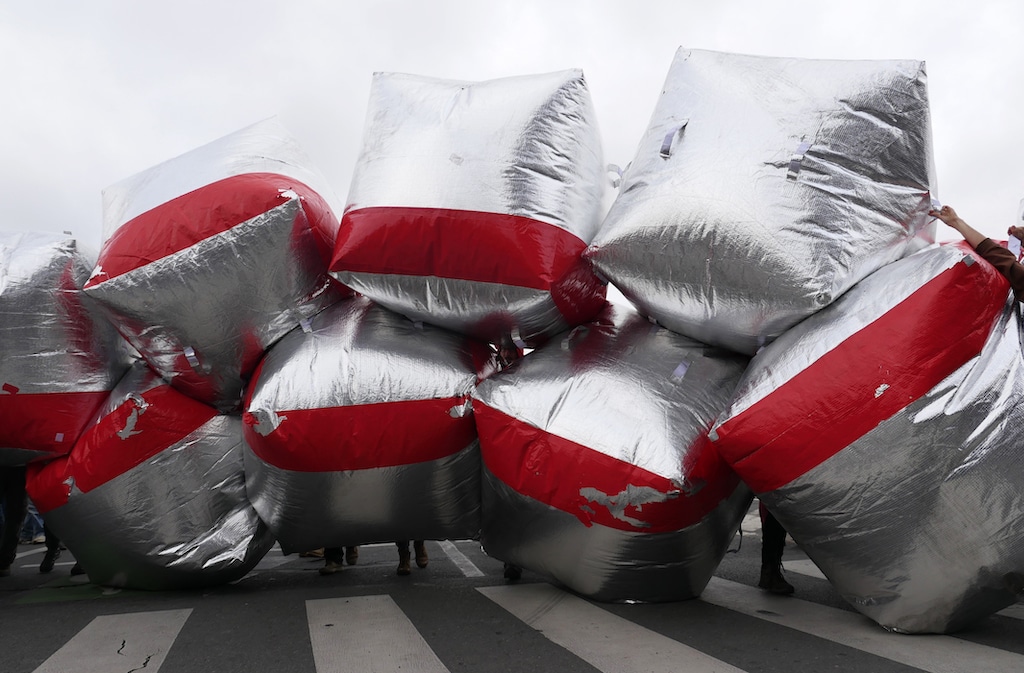 An exhibition launching today at the frei_raum Q21 exhibition space is one of the first of its kind in the world to focus directly on climate activism.

The exhibition Overground Resistance is curated by Oliver Ressler and brings together artists who produce works in dialogue with the climate justice movements in which they consider themselves participants.

It is an extension of Ressler’s research project Barricading the Ice Sheets, funded by the Austrian Science Fund, and further investigates the climate crisis and the climate justice movement in relation to art. 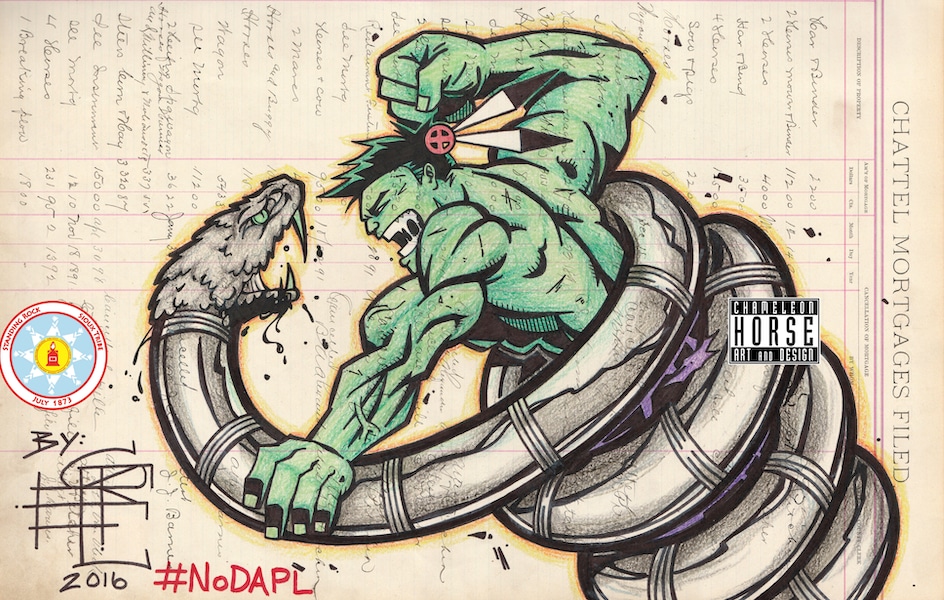 Through their creative work the artists document some of the ongoing activism around the world fighting against the inaction of governments and companies to address climate change and resist the use of fossil fuels.

“Forests are burning, permafrost soils are thawing, polar ice and glaciers melt, drought strikes once fertile regions, plant and animal species are becoming extinct on a massive scale,” said Ressler. “Yet even as the impact of climate breakdown comes to be felt everywhere, government climate policy worldwide is woefully inadequate to the urgency of the crisis.

“On one day, states declare a climate emergency; the next day they still sponsor fossil-fuelled energy, building freeways, airports and gas pipelines, enclosing territory on whatever scale the projects demand.”

Artists from across Europe and The Americas have produced photography, art, text and film, relating to protests of the past decade, to convey the scale of the problem and the determination of protesters to confront the status quo.

In a film shown in the exhibition, Jay Jordan describes artists’ role as one of involvement in the social movements that also constitute their material. He says: “Boundaries between art and activism dissolve altogether in this practice”.

Brazilian artist Tiago de Aragão’s film Entre Parentes (2018) shows him as a participant in the struggles of indigenous communities in Brazil against the destruction of their livelihoods and focuses on the protest camp Acampamento Terra Livre in the capital Brasilia. 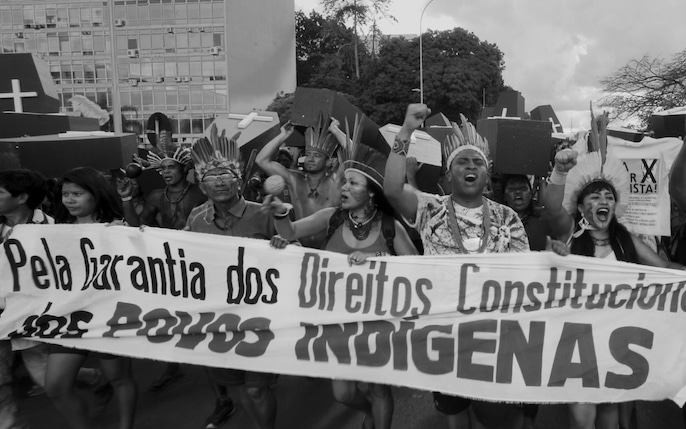 Rachel Schragis, a community organiser and coordinator of climate activism in Brooklyn, conveys insights obtained through her engagement in a large-format flowchart entitled Confronting the Climate (2016). This work emerged from her organising activity for the New York People’s Climate March of 2014.

A provocative text-based work Artists Must Create on the Same Scale that Society Has the Capacity to Destroy by Lauren Bon and the Metabolic Studio epitomises the exhibition theme of the artists establishing relationships with social movements in which they are actively engaged. 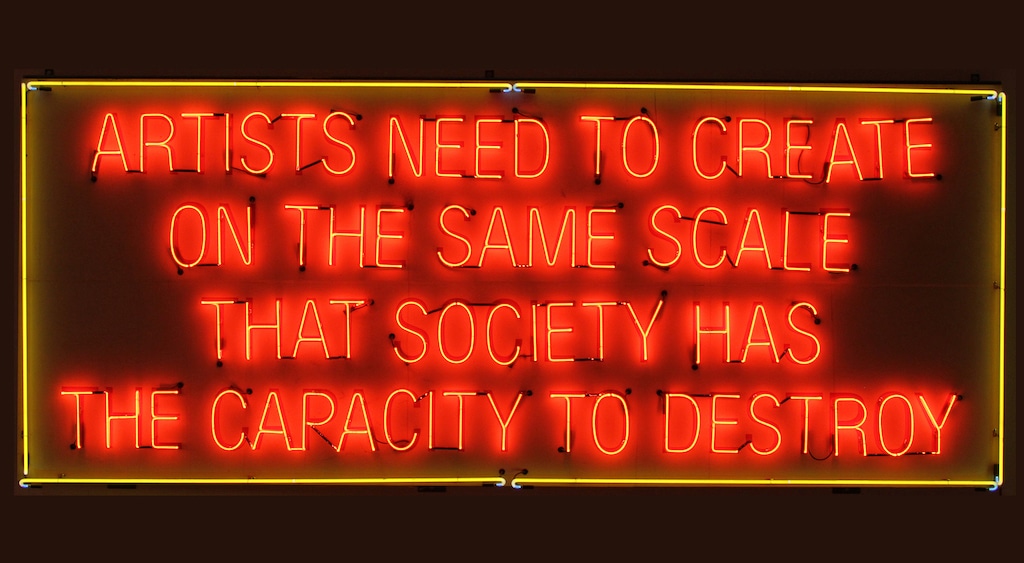 Overground Resistance continues a long series of exhibitions at frei_raum Q21 exhibition space that have, since 2012, focused on socio-critical and socio-political topics.

The frei_raum Q21 exhibition space, is part of Quartier21 which hosts more than 50 individuals and organisations within the wider Vienna Museums Quarter. Its name literally means barrier-free and free access and has an international outlook to its work.

Overground Resistance has been organised in cooperation with the Federal Ministry for European and International Affairs.

The exhibition runs until 21 November 2021 and will continue in a new configuration at NeMe Arts Centre, Limassol, Cyprus in 2022. 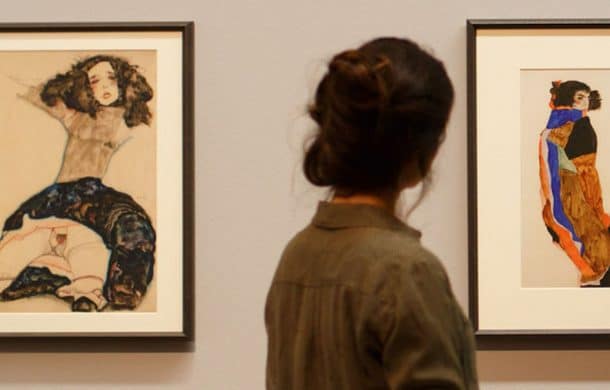 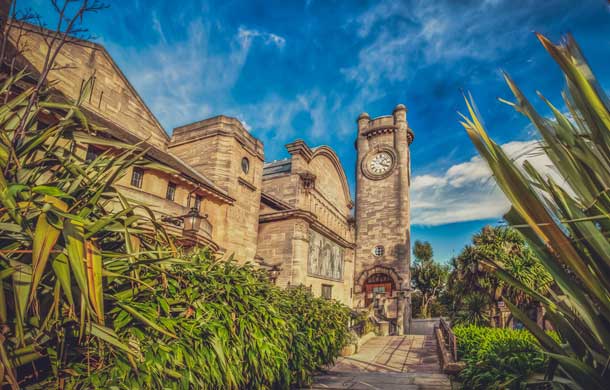 The Horniman Museum and Gardens in London announced today a Manifesto outlining its platform for action and the steps it will take to mitigate against...