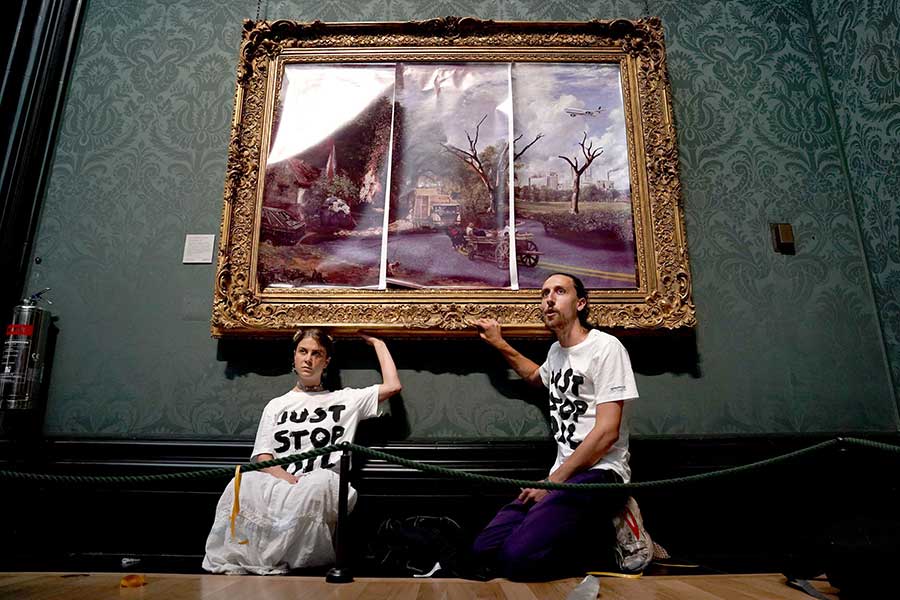 The museum and gallery sector in the UK has been rocked by a series of protests which saw activists glue themselves to exhibits in a bid to draw attention to the increasingly urgent climate crisis. Museums and galleries that display art collections have been told by the police that they should tighten their security in light of the protests. Activists from a campaign group called Just Stop Oil decided that they would use glue to attach themselves to well-known paintings in a number of galleries in London. Protests from the group occurred at the Royal Academy, the Courtauld Gallery and the National Gallery. In addition, a further glue-based protest was staged at the Kelvingrove Art Gallery and Museum in Glasgow.

After the protestors were removed by the police from all four venues, a briefing was issued by the National Police Coordination Centre (NPCC). According to the NPCC’s statement, Just Stop Oil is ‘highly likely’ to continue with its campaign of ‘targeting high-value artworks’. The NPCC went on to say that the purpose of these protests is to generate as much international news coverage as the group can for their campaign. Addressing the museum sector at the start of July, the NPCC reckoned that almost daily occurrences of gallery disruption could be expected, something it referred to as a ‘realistic possibility’.

The NPCC went further and told UK police constabularies up and down the country to take steps to brief art galleries directly. It said that any institution that had high-value artworks on display from their collections should be contacted. The national policing centre said that it was down to local police services to ‘enable the enhancement’ of security measures within galleries as they deemed it to be necessary.

The first protest took place toward the end of June when a pair of campaigners sprayed graffiti slogans on the walls of Kelvingrove Gallery. They then went on to glue themselves to the frame of a work of art by Horatio McCulloch, My Heart’s in the Highlands. Although it was only two protestors who took this action, other campaigners were involved to film the protest and to distribute campaign leaflets. In the end, six protesters were arrested. They have since been charged with malicious mischief.

The following day, two other protesters from Just Stop Oil used superglue on their skin to attach themselves to the frame of a piece by Vincent van Gogh, Peach Trees in Blossom at the Courtauld Gallery in London. The pair were also arrested and told they would face criminal damage charges. Following the incident, the painting was removed from display. A spokesperson for the gallery said that the painting was undamaged following an initial assessment. However, the painting’s frame will require treatment to remove some remaining residue before the image can be put on display once more.

A few days afterwards, the National Gallery became a victim of a similar protest. Two Just Stop Oil protesters covered the surface of the Hay Wain by John Constable with paper. This meant that the landscape painting depicted a newly imagined version of the famous image as a dystopian landscape. As had happened at the preceding protests, the campaigners subsequently glued themselves to the Hay Wain’s frame. Next, the Royal Academy faced a protest from the campaign group. Coming hot on the heels of the National Gallery incident, this one saw no fewer than five activists spraying the walls of the gallery. The group then attached their hands to the frame of The Last Supper by Giampietrino with glue. 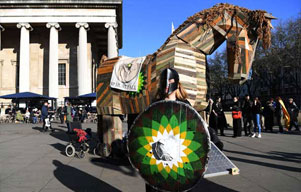 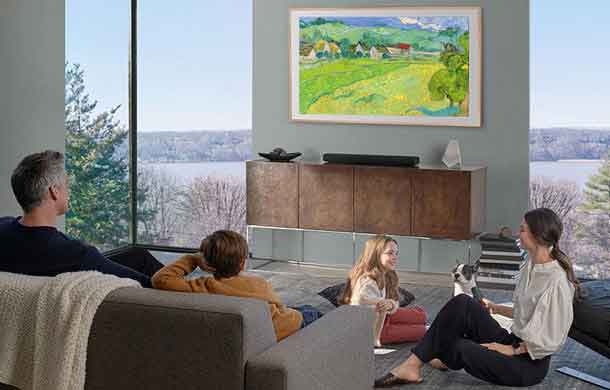 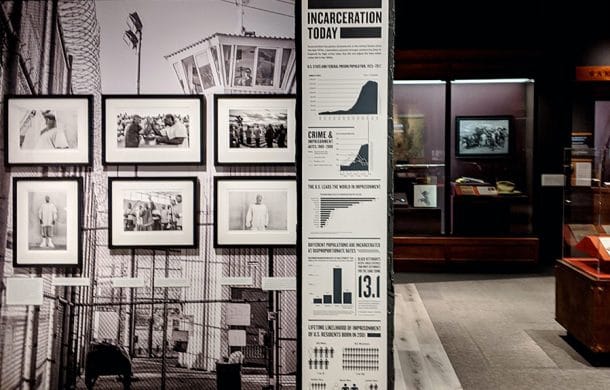 Are museums activists? Should they be activists? I would argue that museums have an opportunity to bring activism, however subtly, into their galleries. With the...