Creating immersive experiences in collaboration at the National Gallery 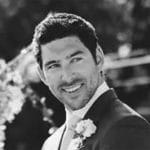 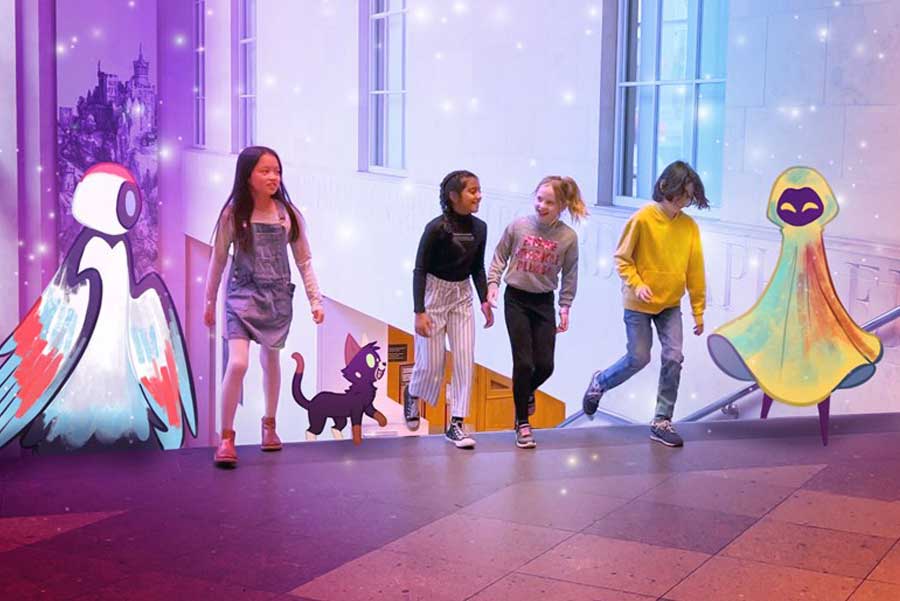 As we’ve emerged from the pandemic and cultural venues began to open their doors again, the question on every museum professional’s lips has been: how should we blend the new world of at-home experiences with the physical museum experience?

Just a few weeks after the launch of the National Gallery’s family-friendly immersive experience, The Keeper Council, MuseumNext sat down with the Gallery’s Head of Digital, Lawrence Chiles, and Jon Meggitt, Co-Founder of immersive experience agency Arcade, who worked on the project. We wanted to find out how the new at-home experience works, and the role it plays alongside the on-site AR experience, The Keeper of Paintings and the Palette of Perception, which launched in April.

“Probably the first thing to explain was that both experiences were a collaborative effort between a number of stakeholders through an open innovation programme,” says Lawrence Chiles.

“Although the end products are incredible exhibitions and experiences in their own right, they are the culmination of a research and development project between the National Gallery London and StoryFutures at Royal Holloway, University of London. The project was funded by the Arts and Humanities Research Council and StoryFutures China led by Brunel University’s Design School.”

A  big focus of the project was on cultural exchange  and the project’s initial core requirement was to explore new approaches to the blending of art and science. Lawrence explains, “What came out of that investigation into science and art across different cultures was a common ground around audiences. In particular, all the parties involved wanted to dive deeper into the family audience. This, in turn, manifested itself in taking a child-led approach – something that really resonated with what our learning teams here at the Gallery had already been exploring.”

For those not familiar with the on-site experience, The Keeper of Paintings and the Palette of Perception is a mobile-based immersive adventure and augmented reality trail that can be enjoyed by families around the National Gallery. It aims to provide a magical and inspiring new lens through which children (and their parents) can learn about one of the world’s greatest collections.

Already a huge success in its own right since the unveiling in April, July saw the launch of a follow-up at-home experience, The Keeper Council. This enables aspiring museum “keepers” around the world to learn about paintings and curate their own art collections through global online platform, Roblox.

Designed primarily for 7-11 year olds, the Roblox game enables users who are not at the Gallery to experience the World of the Keepers – completing quests, experiencing masterpieces, curating and learning in the process.

Originally used as a development tool to facilitate design sprints with schoolchildren, it quickly became clear that the Roblox environment was the perfect vehicle for an at-home, accessible solution that would seamlessly draw children in.

As Arcade’s Jon Meggitt explains: “We didn’t set out to create a Roblox experience. But we wanted to build a connection with the kids who were helping to drive the project and it seemed a great starting point to hang out in Roblox.

“From there the seed was planted and we soon pitched this game format to the National Gallery. If we’d opted to choose a native app and expected kids to download it to enjoy the remote experience, we knew there just wouldn’t be the same take-up.

“It’s an old cliché but it’s certainly true that ‘you need to fish where the fish are’. Kids probably would have used the app once when told to do so. But, of course, they’d have been back on Roblox the next day and we didn’t want this experience to be that short-lived and disposable.”

The power of partnerships in delivering digital solutions

“We’ve increased the number of digital projects we’ve worked on as a museum over the last six years since I’ve been here,” says Lawrence. “And working in partnership has been key for us – certainly when we want to work at scale and cross over into the immersive sector.

“Working with an agency like Arcade that has experience across a variety of different sectors is beneficial to museums and galleries like us, I think. And they bring commercial experience and an understanding of what different audiences demand that is of value on this kind of project, even if it isn’t geared towards generating revenue in the way that a retail project might.

“Arts and culture organisations aren’t immune from commercial drivers today and it’s important that we draw on expertise from those areas. Although this project was designed to deliver a Minimum Viable Product (MVP), the reality is that it’s progressed and evolved into something much more robust and complete – and that’s the real success I think.”

John adds: “Our company mission is to connect people to places through play – and this project perfectly embodies what we do and what we are passionate about.

“In our minds, we always wanted to create something that all stakeholders would be proud to share with the public, and that it would be received well enough for it to stay out in the public domain.” 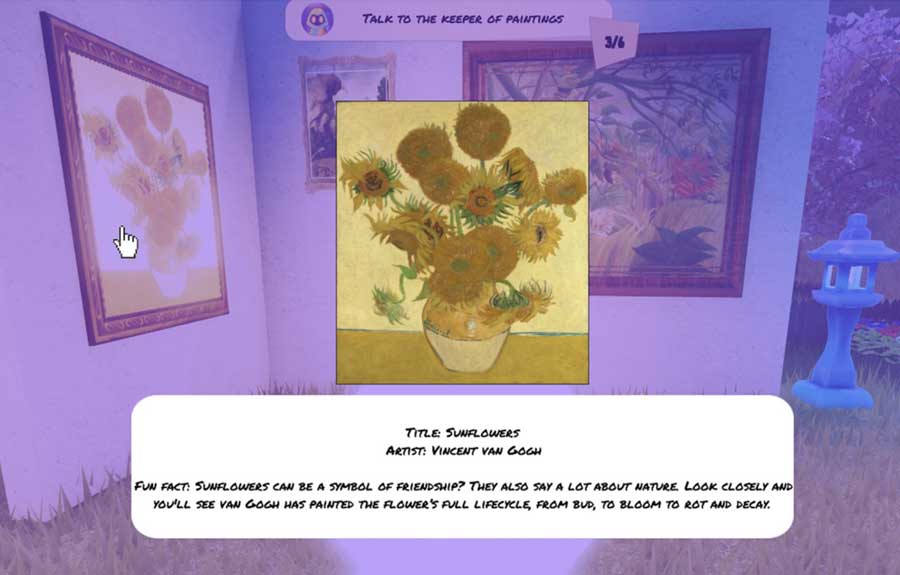 As museum professionals will be aware, it can often be challenging to embark on an R&D project with such an array of stakeholders. However, Jon asserts that this factor was identified early on and agreed upon from the outset to ensure that it never became an issue.

“Our very first presentation to secure the work via StoryLab featured a slide that showed all the stakeholders positioned in a circle, forming a ring around the children at the centre. That’s how we approached this project. If we always came back to putting children and their families at the core of the project it helped to ensure that everyone stayed on track and pulling in the same direction.”

Indeed, the process of creating both the mobile app and the Roblox game involved more than 80 children. With their help, the development of the app has developed into a compelling storyworld.

Young gallery visitors are asked to help guide a fictitious Keeper of Paintings to find a lost “Palette of Perception”. This magical object features gems that give users “powers” that enable them to engage with the paintings digitally.

Through this gamification of the collections and accompanying narrative, children not only play but also have the opportunity to absorb information about what the National Gallery has on display.

Importantly, however, there are important breaks in play incorporated within the app and pacing mechanisms to help ensure that not all of the experience is driven through the mobile device.

Jon explains: “We wanted to ensure that the AR elements complemented the collections rather than came between the children and the collections. So, we were careful to engineer points where the device needs to be put down and direct contact with the exhibits is required.

“One of the changes we made from initial testing was to incorporate ‘time outs’ in the form of a Keeper Skill card. That buys time for families to complete tasks that aren’t tech dependent – and it also helps parents to tour the museum space at a more leisurely pace than perhaps their overeager children might otherwise demand.

“So, that’s why we’ve incorporated shared challenges and quizzes that can create conversations within a family. We’ve never wanted to use AR for the sake of it.”

Lawrence points out that among the many benefits of an AR experience utilising visitors’ smartphones, the on-site experience is also much easier for the National Gallery to run and retain operationally: “It’s not like the end product was a VR experience that required a number of expensive headsets or goggles.

‘We’ve also found it gives parents an anchor for discussions around the collection with their kids, which is really encouraging to see. That kind of engagement is precisely what we had been hoping for.” 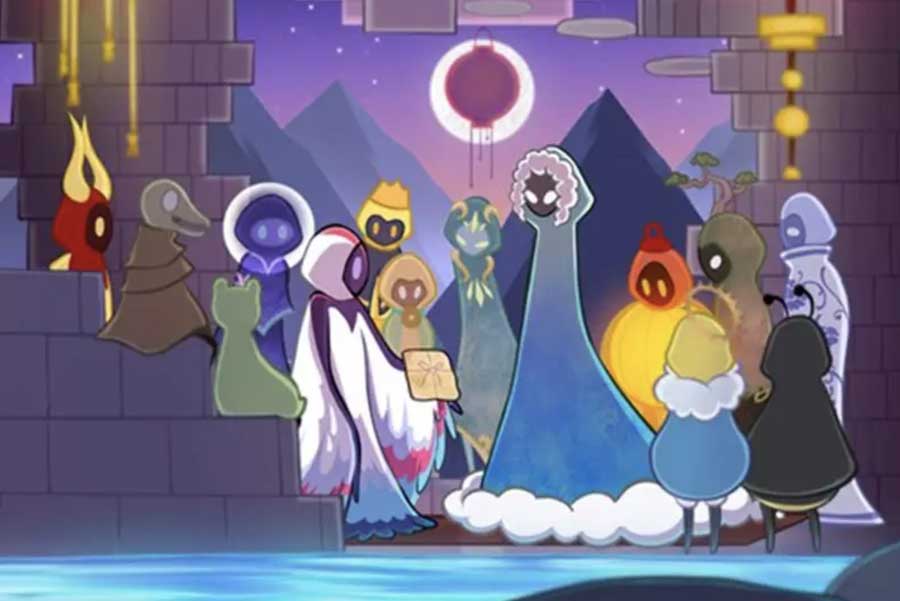 Scaling up and contemplating a wider museum ecosystem

As Jon explains, a key component of R&D projects like StoryFutures is to investigate what may be possible for the future and identify opportunities to expand on new ideas that may have broader applications:

“In creating this storyworld what I think we’ve developed has real potential for scalability and future applications. I could see this formula expanding so that other museums adopt it and each institution has a Keeper – be it a keeper of fossils or a keeper of planets – and that could be applied for family experiences elsewhere.

“That really plays into the initial intention of the project in terms of cultural exchange and potential for growth.”

Lawrence adds: “That scalability is really exciting for museums like ours. There’s opportunity for scalability within the National Gallery; with other collections in the UK; with museums in other countries and beyond. This lovely idea of the ‘Keepers’ seems to be able to facilitate that cultural exchange in a frictionless way.”

Find out more about The Keeper of Paintings and the Palette of Perception and The Keeper Council. 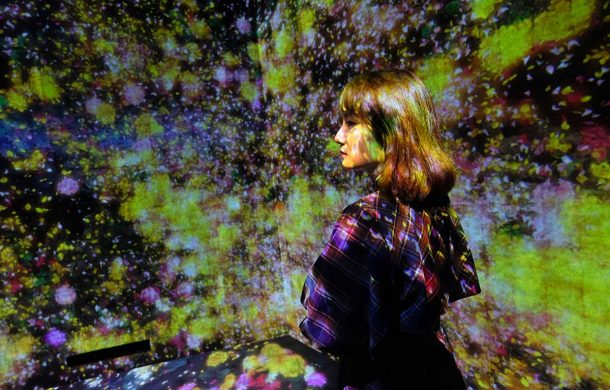