Getting more out of a Museum Conference with Social Media

Although many MuseumNext delegates are  adept at making the most of our museum conferences through social media, it is fair to say that even the most savy tech users can benefit from a quick refresh.

Attending a MuseumNext conference is a chance to network, to exchange ideas and to examine how the sector is evolving. But it’s also an opportunity to make digital connections and to build your online ‘brand’ in a way which can benefit your long term career. So, what can social media do for you the next time you attend MuseumNext and what are the techniques that are recommended for standing out from the crowd? 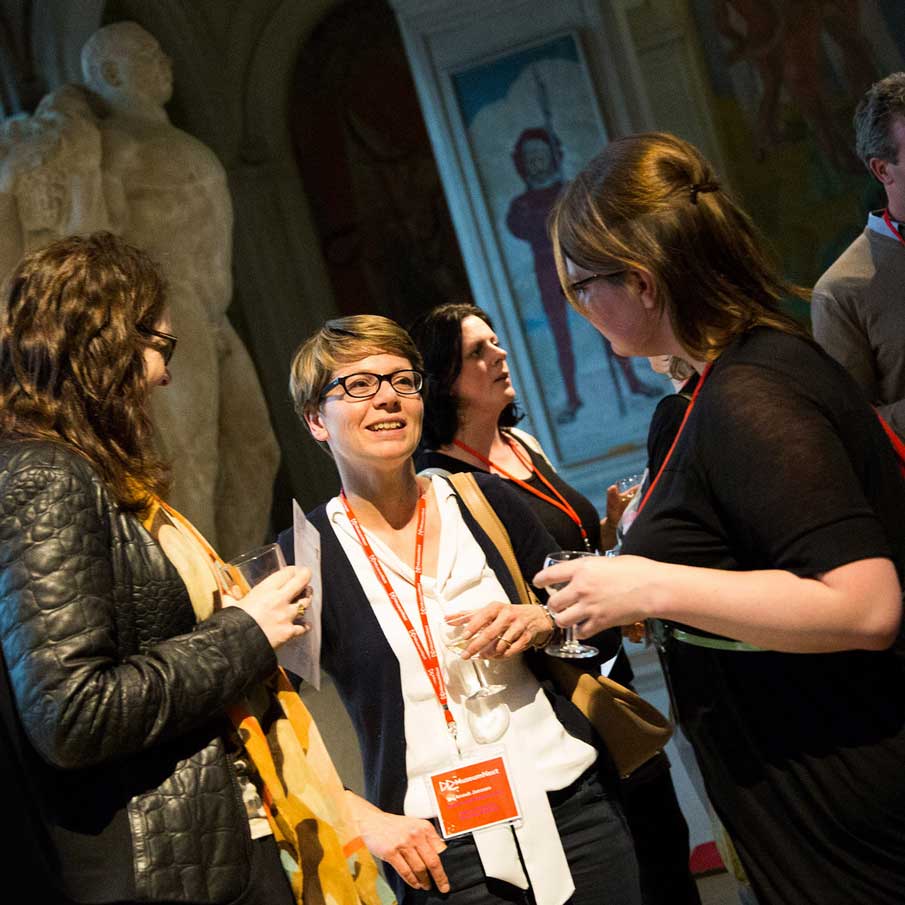 This is the golden rule for event attendees. Remember that social media is a two-way street.  So, if you want to stay one step ahead of the game, then you need to know what other people are saying about the event. Usually, most of the digital conversations around MuseumNext take place on Twitter and Instagram where we use the hashtag #MuseumNext.

There can be unofficial ones, too, of course, which may be worth dipping into, as well.

Remember that following a conference hashtag may give you some key insights into the event – even if it just where the best place to go for lunch might be. That said, you should always use the official hashtag in your posts, too. When you say something on social media, the point is that you want it to be viewed. Using the hashtag all but ensures this and it should improve your – or your institution’s – social media presence no end by using it on every relevant post.

Engage With Other Professionals’ Posts

Okay, now you have mastered the need to use hashtags to both follow others and when posting, you also need to maximise your presence by interacting with others. This can start even before a conference is officially underway, of course. For example, if you see posts on your news feed that relate to the conference you will be going to, then you should comment on one or two.

By doing so, it will soon become obvious which posts have the most outreach. By commenting on the most commented on posts, your thoughts can get lost, however. Look out for the biggest influencers using the hashtag – usually those with the greatest number of followers – and comment on their posts.

More often than not we will create a Twitter lists of any speakers that have been invited to lecture at a MuseumNext conference. We’ll usually create a wider Twitter list of delegates too. Following these lists which can be accessed here is a good idea. 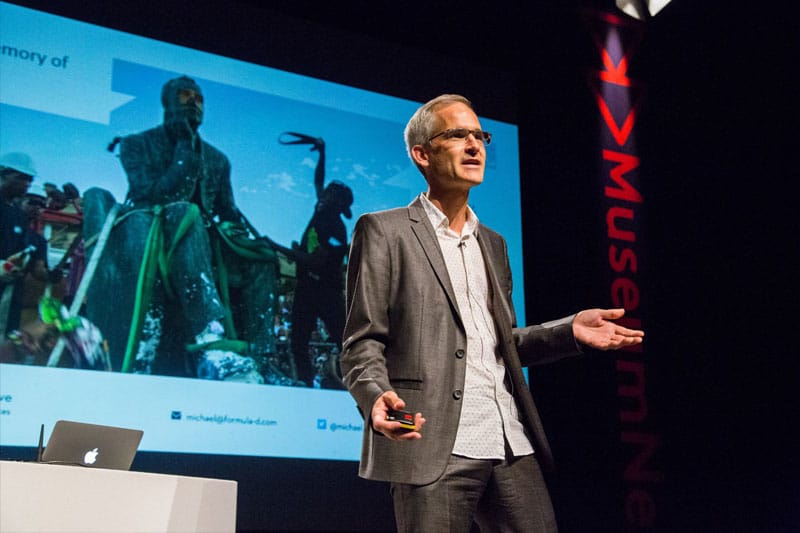 Some people have even been known to generate their own if there hasn’t been an official one available before. It is a tried and tested way of putting yourself out there and getting known, especially if you are a relative newcomer. After all, Twitter is a democratic medium that allows you to connect with other attendees prior to an event on an equal footing.

Remember that if you choose to make your own list of delegates on Twitter that this is made public. The idea is to get other professionals in the industry to follow it as well. The more that do so, the more chance your social media presence will go up and soon you will even be considered to be an influencer within the sector.

Make Use of Polls

There are few better ways of driving up engagement on social media than asking people their opinions. True, some people in the museum sector will never offer up their thoughts in an online poll but you may be surprised by how many will. The great thing about creating a poll on social media is that you can do so before, during and even after a conference. Ask whatever you like, from which speakers people are most looking forward to hearing to what museums are worth visiting when you’re in town for the event. Remember to use the appropriate hashtag(s) so that people find your poll in the first place. Ask anyone who responds to re-Tweet or share your poll so that it finds a wider audience.

Interestingly, if you are speaking at an event or have an exhibition stand, then polling can still work for you. Prior to the conference, use a social media poll to ask attendees what most interests them about your work niche or areas of expertise. You could give them plenty of different options so long as they all make sense in the context of your particular institution. Once the poll has closed, you can then tailor what you are bringing to the event or even alter your presentation somewhat in order to adapt it towards the poll’s findings. This should be little more than tweaking what you had originally intended doing or saying, of course. However, make mention of your social media work when you present so that your audience knows that you have gone to this time and trouble. Not only will it make what you have to say seem that much more relevant but it should help to augment your social media presence subsequently, as well.

The museum and gallery sector is, to some extent, a visual medium. So, if you are generating posts online for others to engage with, then why not post a picture or two? Sure, text-based posts will often do a perfectly adequate job of attracting attention to what you are up to during a conference, but the fact is that more engagement will occur if at least some of your posts are accompanied by a picture. You don’t need to be an Instagram guru in order to create an exciting visual post or two to pop up in other professionals’ news feeds. However, one of the best approaches is to focus on just one or two things – ideally people – in your pictures so that you maximise the engagement that is possible from this sort of social media posting. 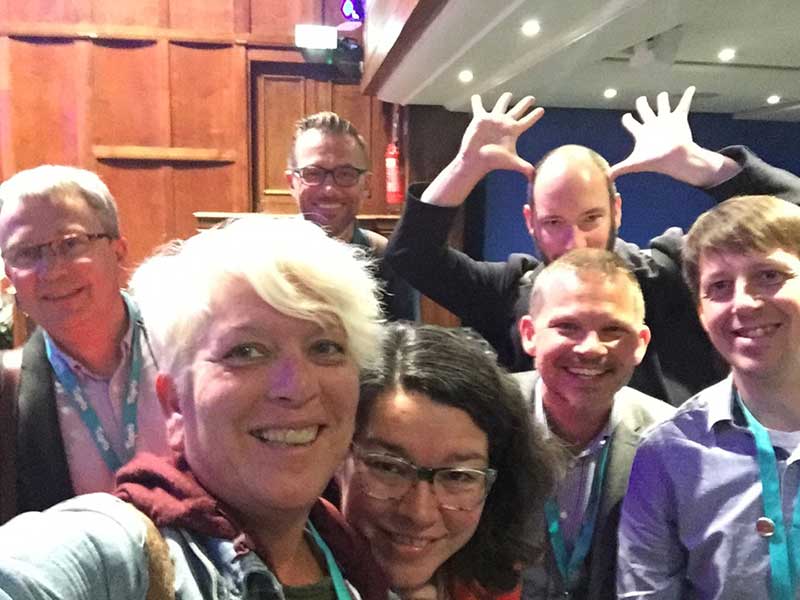 Be Social In Person As Well As Online

Building a professional social network in the museum sector is not dissimilar as it is in any other industry. You have to put yourself out there to get your face in front of others. This means that you actually need to engage with people in person when you attend a conference. The old-fashioned method of exchanging business cards still makes a lot of sense in this sort of environment, especially when time may be limited by your schedule. Make sure, therefore, that your social media handles are freely available on them.

Of course, you can also utilise social media to be social in person, too. Why not organise a meet-up among like-minded professionals who have a particular interest in the same sort of research or who work for similar institutions as your own? This way, you can get together with people who can make a real difference to you, either by sharing their thoughts on the sort of work you do or by opening up their professional network to you. A great way to start a conversation with other attendees is to repost something that they have said about the conference, especially if you think it was particularly helpful for others to know about. You never know – you might be sitting right next to the person you are engaging with online!

Make Use of Live Video

Live video streaming is a powerful social media outreach tool. If you want to augment the numbers of your followers during a conference and immediately after it, then using Facebook LiveVideo or SnapChat to show events as they take place is one of the best ways you can go about it. Bear in mind that you don’t need to be a director with the skill of Martin Scorsese to make a go of live video streaming – you only want to give a flavour of the event, after all. Keep your smart device relatively still and pan slowly if you are moving it around.

Like your other visual content, post it with all of the relevant hashtags so that people other than your immediate circle of followers can find it. Bear in mind that you don’t want to put something too long on social media either. Even the most fascinating presentation in person can come across as ineffective when it is viewed on a tiny screen. Just a few minutes of live video posting is enough to have the right level of impact.

At MuseumNext Barcelona one delegate to the chance to interview some of the conference speakers. This took a little bit of effort but gave him lots of original video content that he could share into his social media channels.

Use Social Media for What It Was Designed For – Fun

Finally, it is important to have some enjoyment with social media and not to take it all too seriously. Even the most efficient of social media users who have the greatest influence and outreach take a break once in a while to enjoy the event they are attending. If you focus too much on following and posting, then your social media interactions will inevitably become a little dry. In the museum sector, this can be even more the case due to the level of specialism many professionals in the industry have.

Therefore, keep your posts light-hearted and, above all, social. That is what social media should be about, after all. If you do happen to face any negative feedback from your posts, then always respond in a polite and professional manner but shut such conversations down and move on. There is always something else to engage in on social media, after all. Remember that everyone is entitled to their point of view even if sometimes it seems that it hasn’t been thought through enough. Yes, social media can ocassionally be a minefield but among most professionals in the museum sector, you should find that nearly everyone is positive and engaging. 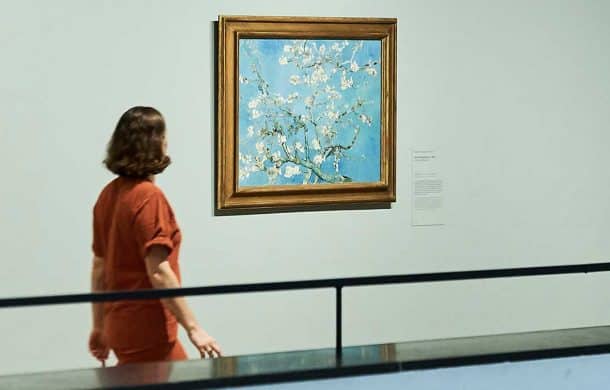 Storytelling strategies: How to get more out of your stories

We museums are generous. We collect and exhibit objects and spread their stories, often to make lessons of the past tangible and to inspire people...