In August, the British Museum conducted a huge handover of Iraqi artefacts to the authorities there. The treasures were sent to their home country following a ceremony that took place at the official residence of the Iraqi ambassador in London. Some of the items sent back to Iraq were said to have been over four millennia old. Looted in the past and subsequently brought to the UK, the collection of historic artefacts included over 150 inscription tablets and some Sumerian-era administrative documents. Amongst them were some unique correspondence in the form of letters, schoolwork and mathematical texts. The artefacts were drawn from the Ur dynasty as well as the Old Babylonian dynasty.

The British Museum said that this was the biggest ever return of historical artefacts in its history. However, the items were not in the direct possession of the museum itself. They had made their way to the museum’s curators following an intercepted load that was seized at Heathrow Airport in 2013. In fact, it was the UK’s customs officials who realised they were looking at historic items – many of them date from between 2100 BCE and 1800 BCE – and asked the British Museum to assist them. The shipment of these ancient artefacts was being made to the UK from the United Arab Emirates when they were intercepted. Several years later, the British Museum has finally returned them to the country from which they were first illegally removed.

Customs officials realised that they were dealing with something untoward when they inspected the shipment which was officially supposed to be a despatch of ‘miniature handmade clay tiles’. The entire delivery was valued as something that was worth a couple of hundred pounds. However, customs officers chose to ask the British Museum for professional advice and it soon became clear that the customs documents were entirely falsified. In fact, the haul would have been worth a five-figure sum had it made its way onto the wider black market once it had arrived at its intended destination.

According to the official report, the Iraqi artefacts were first looted in 2003. This meant that they were taken in the months following the invasion of Iraq, when confusion reigned, and subsequently smuggled out of the country. Certainly, it is already known that tens of thousands of artefacts were looted from the National Museum of Iraq in Baghdad in the aftermath of the US-led invasion. Of these, in the region of 8,000 items have since been returned but many more have yet to be tracked down. In the UK, when any such items are intercepted by the police or customs, they are handed over to the British Museum for expert inspections so that their true provenance can be established.

Some people believe that looters may have unexpectedly turned up a great haul of previously unaccounted-for artefacts when they were digging in the city of Irisagrig, situated in the southern part of Iraq. If true, then this would indicate that some expertise had gone into their extraction and subsequent passage to the UAE. Certainly, it seems that whoever originally took these items from Iraq understood what they were looking at. Many of the tablets feature cuneiform texts. Cuneiform is one of the earliest writing systems known to have existed so any items that feature it are extremely valuable from an academic point of view.

In fact, some of the haul that was intercepted included cylinder impressions which remain sealed within their clay envelopes. Babylonian scholars understand that the items being returned to Iraq are of exceptional value. In fact, Babylon was located about 60 miles south-west of the modern city of Baghdad which means that virtually anyone could have been involved in their theft back in 2003. According to the police, an investigation into the looted items is currently ongoing. However, it is not known if the authorities have any lines of enquiries they are following up on at the moment.

The Return of the Lost Treasures

The management team at the British Museum took the decision to hand back these items to the Iraqi National Museum despite the fact that it could not be established whether or not they had all previously been museum pieces. Hartwig Fischer, a German art historian and Director of the British Museum, commented that he was delighted that the museum was able to help in the return of the objects to Iraq. Speaking to reporters, he said, “We are committed to the fight against the illegal trade [in historical artefacts]… and to the damage it causes to cultural heritage.”

“This is an issue that concerns us all,” he went on. That said, some have pointed out that the British Museum continues to display extremely valuable treasures as a part of its own collection, some of which have been looted. For example, the priceless Rosetta Stone, a tablet from ancient Egypt that is over 2,200 years old, remains on display in the museum. This is a written decree in several languages which was first fashioned in 196 BCE. It is most weel-known for being the key to deciphering Egyptian and other texts. 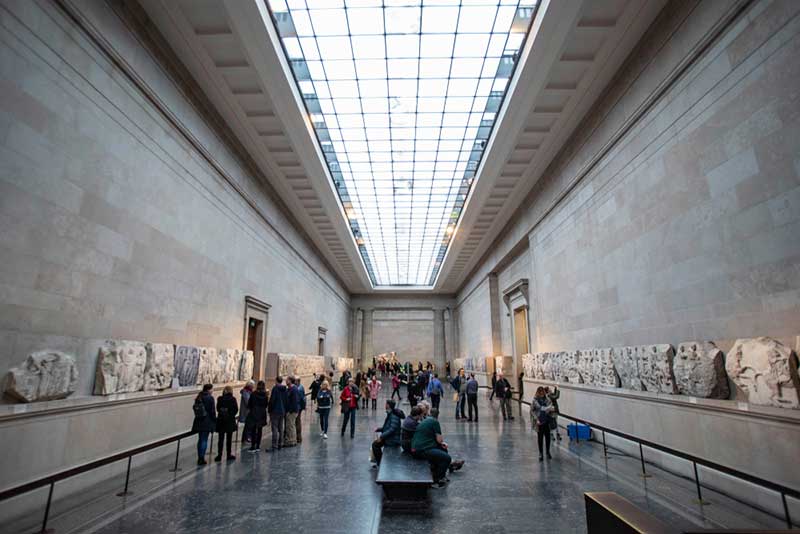 Perhaps more famously – and more controversially – the museum also holds on to the so-called Elgin Marbles. These were taken from the Parthenon temple by Lord Elgin in 1801 when he believed they were in danger. However, since they were stripped from the globally famous Acropolis site in Athens, Greece, their ownership has always been a point of dispute between the British government and that of Greece. The glorious marble sculptures were fashioned at the height of Athenian power in the fifth century BCE and are one of the jewels in the crown of the British Museum.

Whether or not the unprecedented return of such a large number of valuable items to Iraq marks a sea change in the British Museum’s attitude to looted items in its possession remains unknown. Certainly, officials there would like the world to know that it has freely made the haul available to the National Museum in Iraq even if some of its other treasures remain firmly in the possession of the museum. 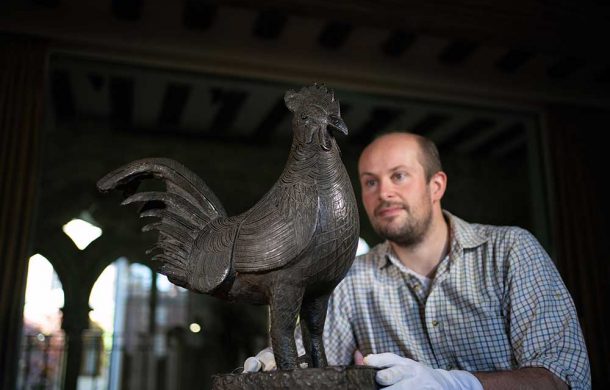 A highly contested sculpture, known as a Benin Bronze, has been officially given back to Nigeria in a ceremony conducted at Jesus College of the...

The Metropolitan Museum of Art in New York City has been left tens of millions of dollars in the will of one of its major...