In conversation with: Maurice Seleky, Head of Communications and Marketing, Amsterdam Museum 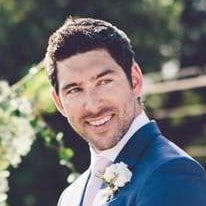 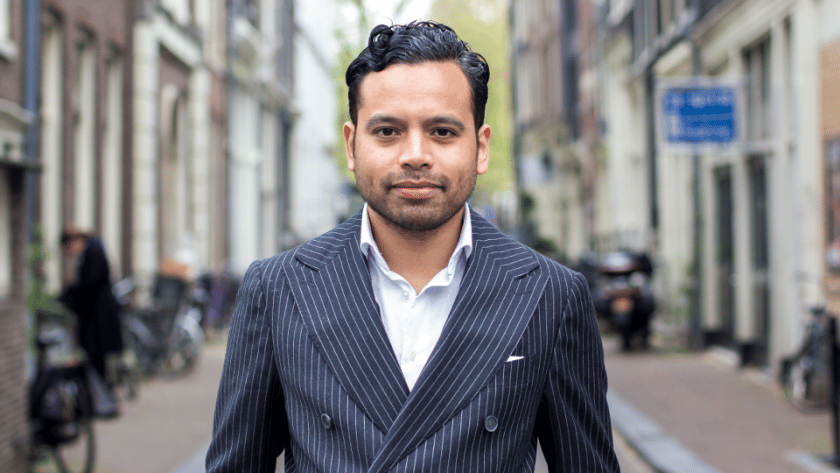 As Amsterdam Museum’s lead on marketing and communications, Maurice Seleky is responsible for helping to shape the strategy for one of the institution’s most interesting yet controversial exhibits – The Golden Coach. Ahead of his upcoming talk at the MuseumNext Digital Marketing Summit, he shares a flavour of what we can expect from his presentation and offers an insight into Amsterdam Museum’s approach to tackling difficult issues and subject matter.

Having worked in marketing both on the agency side and then more recently in in-house roles, Maurice Seleky has gained a rounded perspective on museum marketing, picking up ideas from other sectors and industries along the way. Since moving to in-house roles however, he says,

“I loved my time working at an agency because it gave me the opportunity to work on a number of varied and unique projects for different clients. But I would say that if you really want to influence the long-term strategy or long-term policy of a cultural organisation and make a more lasting impact then that really needs to be done from an internal position.”

In addition to his position as Head of Communications and Marketing at Amsterdam Museum and member of the management team, Maurice is also a presenter and one of the moderators of the museum’s digital television and podcast series. Established during the early months of the pandemic, this series has continued to thrive in 2021 and contributes to the substantial volume of original content now being produced by the museum.

“As a moderator the aim is to be an intelligence officer, connecting the public with the speaker or panel. Organising public programmes – both online and offline – is something that we take seriously at the museum because we believe that these programmes can connect people in these fragmented times.” 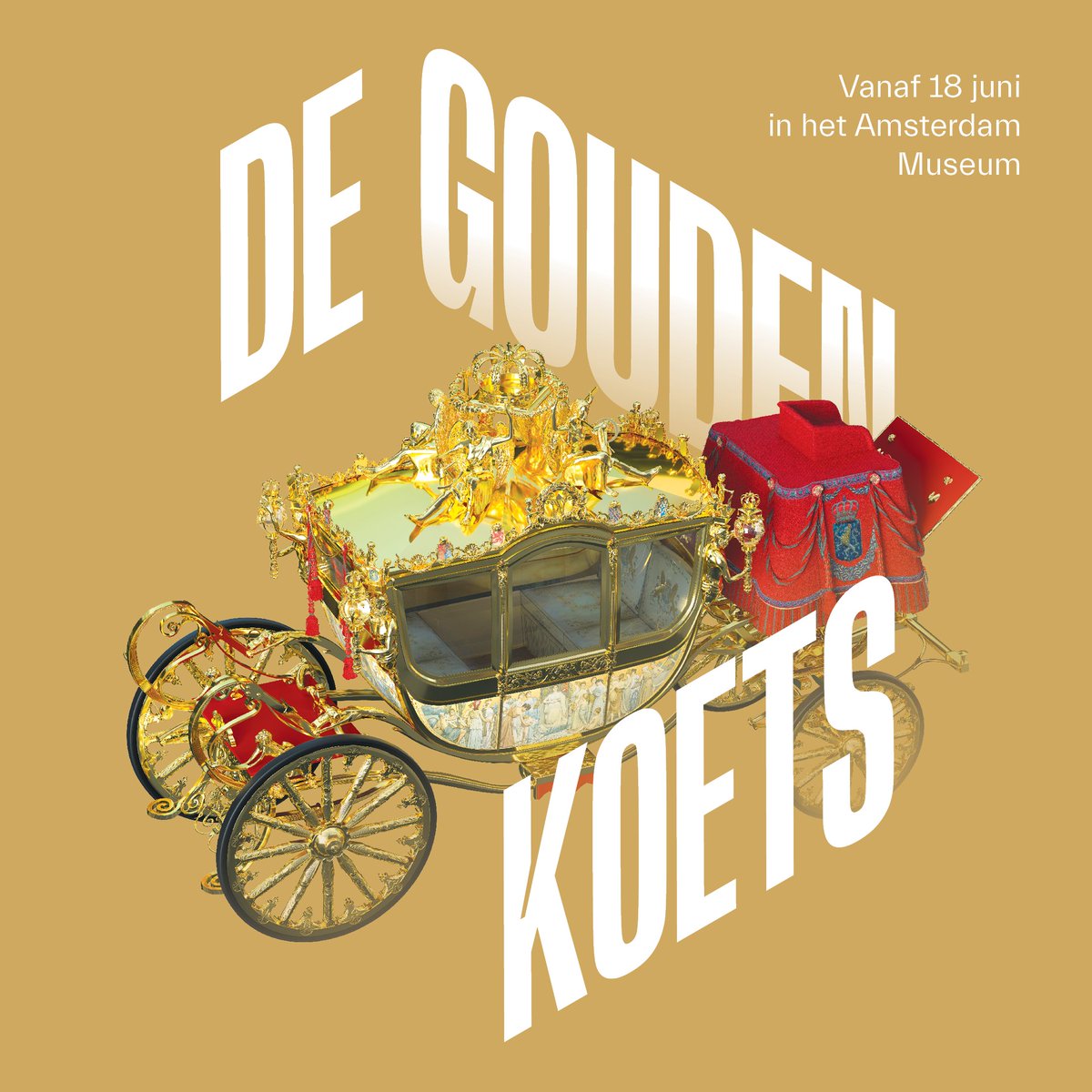 Creative for The Golden Coach at Amsterdam Museum

The Golden Coach, contested heritage and canvassing the public

Through their work on the Golden Coach exhibition which launched in June 2021, the Amsterdam Museum team have taken on one of the most “infamous” artefacts in the Netherlands. Built in the 19th century and gifted to queen Wilhelmina, the carriage has a contested heritage that has been controversial since it was first created. After criticism of socialists and republicans in the past, the recent controversy is due to the colonial representations featured on one door of the carriage.

“We have tried to create a multi-voiced exhibition that perceives the coach from different perspectives and encourages dialogue. When taking on the issue of the Golden Coach we knew it was important to not only provide a history of the carriage but also pose questions to the wider community. We wanted to know how people felt about whether the coach should continue to play a role in royal ceremonies; whether it should be adapted; whether it should now solely belong in a museum; or whether it has no place in modern society at all.”

“The exhibition itself has been supported by a mobile research installation, that we designed to ask people in the Netherlands – using audio and video tools – what they know about the history of the carriage and what they think should happen to the Golden Coach. These reactions are presented online via our dedicated website.”

As Maurice explains, the museum has elected to play not just a passive and neutral role in the controversial history of the Golden Coach but act as a platform and catalyst for open discourse on challenging topics and themes. The exhibition layers different viewpoints and perspectives from academics, activists and artists and the general public on top of the fundamental information about the origins of the carriage.

In doing so, Maurice says that Amsterdam Museum have been able to neatly tie in marketing activities with programming efforts – resulting in what he describes as “a conversational campaign”, in which the museum organises a public dialogue around the exhibition.”

“Although we should acknowledge that all institutions are different, I would say that in the Netherlands museums in general are becoming more aware of their role as third places for the public (with the home and workplace being the first two). Museums have always had a role to play in connecting with people, developing knowledge and discussing ideas in a safe haven.”

As Maurice explains. Amsterdam’s strong record for lecturing, public dialogue and debate means that the domestic public are particularly receptive to this approach:

“We have an environment of intellectual exchange, which takes place both within the walls of the museums themselves but also, increasingly, online. Covid has helped to grow those digital channels. Museums are looking to organise dialogue around their collections and exhibitions, as well as interesting themes that are controversial, challenging and relevant.”

“This is what we are now doing regularly at Amsterdam Museum and, in particular, we are advancing our digital capabilities with multimedia productions. We have actually created a multimedia studio during the pandemic in one of our medieval cellars, named the AM Studio.” 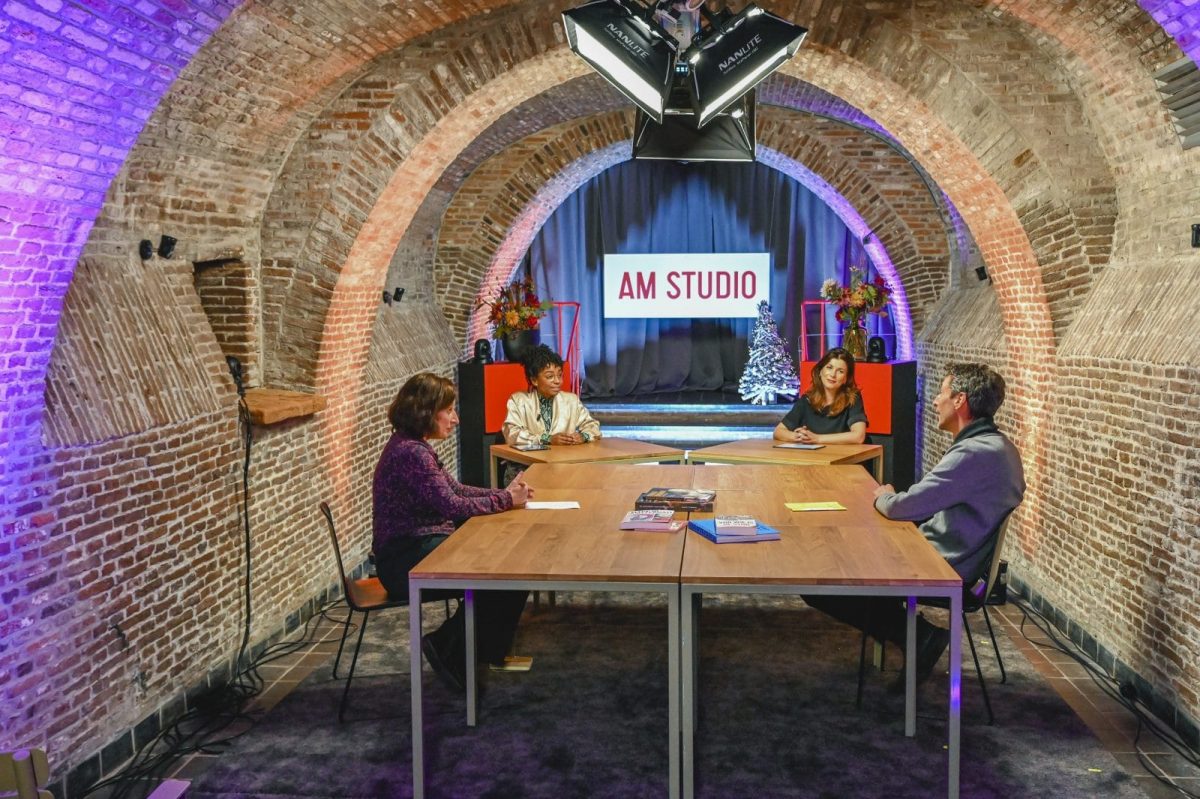 AM Studio at Amsterdam Museum

“Our studio has cameras, sound recording equipment and everything we need to make digital television, podcasts and other content. To meet our growing requirements we’ve also created a new position for a multimedia communications specialist, giving us the ability to be more agile.”

“One of the first projects we undertook when I joined the museum in 2020 was on our all-digital exhibition Corona in the City. We talked about it at this summer’s Culture Geek Conference  for anyone who is interested and I am delighted to say the exhibition has now had more than 200,000 unique visitors online.”

“One of the things we are proud of about this exhibition is that we delivered it so fast – within just a couple of months rather than a couple of years, which might be the case in traditional programming. But what it has shown us is that we can work faster and in a more fluid fashion when required. This project also got us on the shortlist of the Vriendenloterij Museumprijs 2021, the most import museum prize of the Netherlands which had the theme ‘Digital Story’ this year. Currently we’re in the race with two other museums to win that prize. Until November 26, everybody in the Netherlands can vote for the Amsterdam Museum to win. ”

Asked what he hopes museum professionals will take a way from his presentation at the Digital Marketing Summit, he says,

“We know that lots of museums are interested in creating dialogue around exhibitions and collections. But that finding the right way to do this with contested heritage items is easier said than done. I hope our approach provides some points of interest and gives others ideas and points to take away.”

“While we are still discussing artefacts within the walls of Amsterdam Museum, we have demonstrated a commitment to taking the conversation outside of the museum – both through our mobile research installation that we take to the provinces and through our digital channels.”

Hear more from Maurice and an exceptional range of other museum marketing professionals at November’s Digital Marketing Summit running 22nd–24th November 2021. Find out more about the conference here. 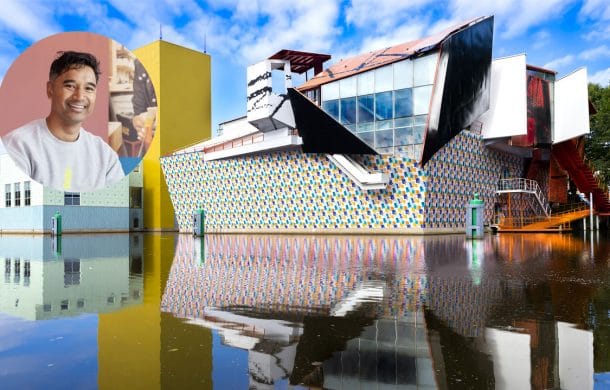 In conversation with: Sander Daams, Head of Education, Groninger Museum

How can museums support highly stressed and sometimes traumatised individuals to improve their mental health, reduce isolation and develop their skillset in the process?  That’s... 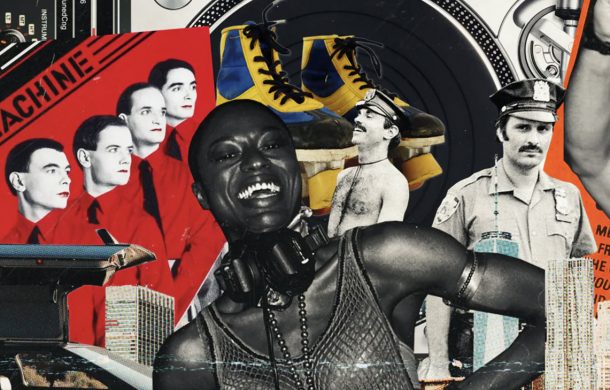