In Germany, it is being seen a something of a landmark case. Following what seemed to be an open and shut case of the digital theft of one of the most famous ancient Egyptian artefacts in the West, a legal judgement has been made with implications for the whole of the museum sector.

Three years ago, a scan was supposedly illicitly made of the world-renowned Nefertiti bust, a jewel in the crown of the Neues Museum in Berlin. The museum’s authorities had long prevented visitors to the institution from capturing any pictures of the bust in an effort to retain control over its image rights. This meant that the taking of any kinds of photographs was banned. Given that the Nefertiti bust is one of the museum’s biggest attractions, this decision had surprised some attendees but it was inforced nevertheless. Overall, the rules at the museum appeared to have been fairly universally adhered to.

That all changed in 2016 when a pair of artists, wearing trench coats to conceal their activities, visited the German museum. In fact, the duo was able to sneak 3D scanning apparatus into the museum and set it up undetected in the room containing the Egyptian sculpture. Despite the less than scientific conditions for generating a three-dimensional scan of the bust, the artists were able to produce a perfect digital reproduction of the artwork.

This was nothing other than a series of ones and zeroes held in a digital file, of course, but it meant that – potentially, at least – a 3D printer anywhere in the world would be able to come up with a very high-quality facsimile of the bust which had first been hewn in 1345 BCE. What’s more, this digital ‘copy’ of the bust was promptly shared by the pair with the world via the internet, leaving the Neues Museum’s policy in tatters. 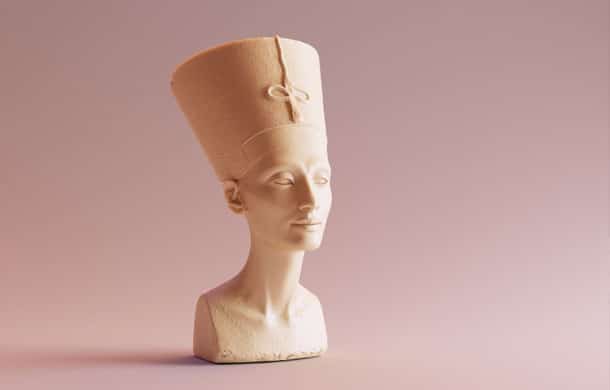 To some, that was an end to the story. However, not long after the data relating to the exact dimensions of every aspect of the Nefertiti bust went online, Egyptologists and digital experts began to ask questions. After looking closely at the file, some decided that the quality of the data meant that the scan could not have been conducted in the way that the artists had suggested. It was pointed out that the definition detail was simply too high to have been achieved by someone concealing a camera scanner underneath the folds of a coat. If the pair’s story had been debunked, it begged the question of what had really happened and why they might have been lying.

Some experts began to conclude that scan could only have been produced if prolonged and uninterrupted access to the ancient work of art was allowed. If it wasn’t an artful theft, they argued, then a professional scan must have been made with the museum’s connivance. In other words, the trench coat explanation was a cover story for an in-house leak of data. One of the people who came to this conclusion was an artist named Cosmo Wenman. As soon as he became convinced that the scan must have originated from the Neues Museum itself, he decided to take matters further.

Firstly, Wenman obtained his own digital copy of the scan and shared it widely with others. Then he put in a freedom of information request to the museum which, being the property of the German state, it was obliged to respond to. However, it was not until a three-year legal battle with the museum’s authorities had been concluded that the truth of the case came out.

Although the Neues Museum never made clear where the scans might have really come from, Wenman’s file showed something rather telling. Because they had been made publicly available anyone with a keen enough eye would have been able to detect an important clue about how the data had been collated.

Firstly, the 3D digital version was an extremely in-depth version of the original 3,000-year-old bust but it had one crucial difference. A copyright license had been etched into the bottom digital version of the bust which claimed ownership of the file and the right to control how it might be used. This was a copyright license that directly related to the Neues Museum itself so must have been part of the museum’s own scan since it was added digitally. The only other explanation was that the bust’s original artist had added the notice over 3,000 years ago back in ancient Egypt which is clearly nonsense.

Unfortunately, the Neues Museum had elected to use a creative commons type of license which could only apply if it really owned the copyright of the entire bust, not just to its tiny addition to the digital scan. As such, sharing the file was not unlawful since it did not breach the museum’s copyright – it had none. Moreover, the only other possibility – that the original artist in ancient Egypt owned the copyright – was not likely to be asserted given that he or she must have died around three millennia ago.

Although it is fair to say that the ability to copyright 3D scans of works of art in the public domain is a complicated matter in EU law, the situation was recently clarified. In fact, according to Article 14 of the EU’s Copyright Directive, public artworks can no longer be protected by simply copyrighting them.

The Nefertiti bust, which has been in the Neues Museum’s collection since 1920, remains its legal property just as it was since it was brought to Germany by a team of archaeologists who had found it in Amarna, Egypt. However, it does not own the scan it appears to have made of the bust even though it has attempted to protect the potential uses of such scans for what it might deem appropriate cases only.

Now any museum or gallery operating under the same legal framework will need to take on board just how this will affect their digital scans and what rights they can enforce if such data files fall into the hands of the public. Digital copyright warnings, even when they have been added to such scans, remain meaningless unless there is a considerable change to current EU legal directives. Mr Wenman is currently taking the Rodin Museum to court in another landmark case to have the French museum makes its 3D scans available to all. 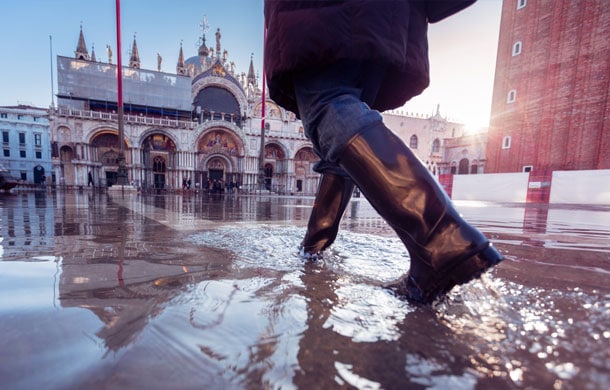 Venice is no stranger to water management and handling floodwater. However, many of its major galleries and museums have faced exceptional levels of flooding in... 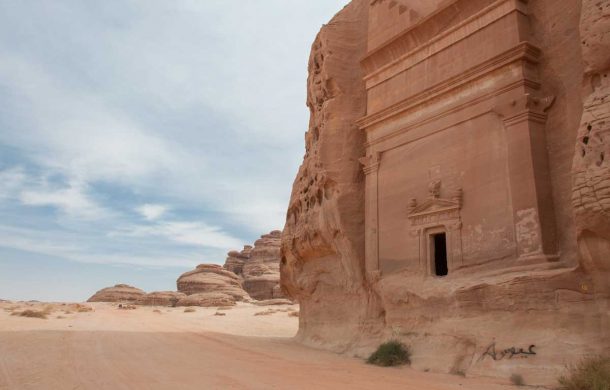 All Aboard the World’s First ‘Museum in the Sky’

The world’s first and – as yet – the only flying museum has been launched in Saudi Arabia. The service was begun from Riyadh to...