On Monday, the world-renowned auction house, Christie’s, announced that would be presenting a new performance art installation using mixed reality technology by the leading conceptual performance artist, Marina Abramović. The use of Microsoft’s innovative HoloLens 2 goggles to present the work of art will mean that it is among the first mixed reality pieces to have toured the globe. It will feature as the main attraction at a travelling exhibition throughout 2020. The show represents a new partnership between the leading technology company, Microsoft, and the major auction house, Christie’s, for the first time.

“Christie’s is incredibly proud to collaborate with Microsoft and Marina Abramović… with this ground breaking installation,” said Stefano Amoretti, a specialist in post-war and contemporary art, at the auction house. “We want to be active agents of change in the art world,” he added. Speaking about the cutting edge performance piece, known as The Life, Amoretti went on to say that Christie’s would like to develop a primary role in discovering how technology and art can become more intertwined with one another and that Abramović’s work allowed for this.

The Life current tour has already begun utilising a Microsoft’s HoloLens 2 headsets at a Los Angeles exhibition space run by the Tin Drum studio from February 10th. Abramović’s had first presented The Life for a short time at London’s Serpentine Gallery in 2019 but the piece will now be available to view at a variety of locations around the globe thanks to the collaboration with Christie’s. Other exhibition spaces that have been earmarked for the mixed reality artwork include Frieze LA, Frieze London and Frieze in New York city.

Lila Tretikov, the Corporate Vice President of Artificial Intelligence and Mixed Reality at Microsoft, said that her corporation believed that creating new opportunities for artists to transcend cultural boundaries in traditional gallery spaces was something HoloLens 2 headsets could offer. According to Tretikoc, this technology will allow artists to “amplify their societal impact” and put them at the forefront of a more inclusive and optimistic future. “By sharing our innovations… [we can] bring together science and art in an attempt to explain the world around us,” she added.

Abramović’s work consists of a recorded performance by the Serbian-born artist herself that runs for a period of 19 minutes. Wearing a red dress, goggle wearers are then able to view her in a mixed reality setting as she ‘performs’ within a roped-off five-metre performance area. Abramović – who is well-known for her exploration of body art, endurance art and feminist art, among other things – simply appears before the gallery’s attendees and poses several interesting questions about the relationship between the virtual performer and her audience.

The 73-year-old artist is no stranger to collaborating in the field of performance art. For example, in 2013, Abramović worked together with the pop singer Lady Gaga on her third studio album, Artpop. Later that year she went on to collaborate with the rapper Jay-Z in what turned out to be a much less easy-going relationship which ended in recrimination.

In a press release, Christie’s said that The Life would differ from other virtual reality installations because the surrounding gallery space and other visitors would all remain on view as before. Only the appearance of the artist would be virtual meaning that this work of art was a true depiction of mixed reality. Clearly, the partnership with the cutting edge artist is something that the auction house is hoping will attract plenty of attention. The likelihood is that the show will be a hit. After all, The Artist Is Present, a 2010 show that Abramović put on at the Museum of Modern Art in New York drew a record number of visitors following an extended run. That exhibition went on to become the most visited show in the gallery’s long history with around 850,000 witnessing Abramović in the flesh.

The Life may go in further in terms of numbers because the use of technology will mean – in theory, at least – that it can be replicated in different gallery spaces simultaneously. Whether this opportunity is taken or not is one of the interesting theoretical questions that the use of mixed reality opens up in the world of art. In the end, The Life experiments with what duplicating a bodily experience actually means just as much as it does the use of technology in art.

In addition to The Life, Abramović will be the focus of a career retrospective at the Royal Academy of Art in London later this year. Importantly, it will be the institution’s first-ever solo exhibition of a female artist in its 250-year history. The Royal Academy said that it will draw together artworks spanning her five-decade-long career as well as featuring new pieces specifically conceived for their galleries. 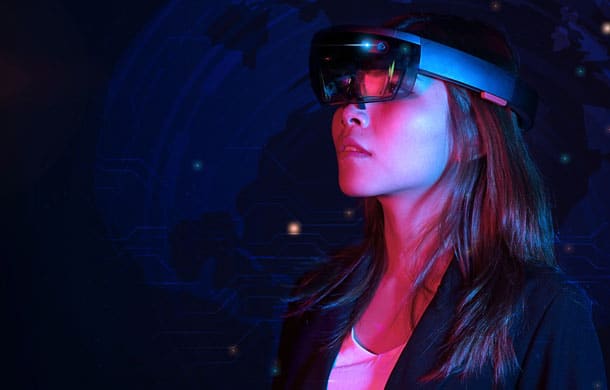 How Are Museums Using HoloLens?

Museums around the world are doing interesting things with HoloLens. In this article we highlight some of the most interesting Museum HoloLens projects from the...