Mary McGillivray, the TikToker Who Is Making Art History Accessible Known to hundreds of thousands of followers on TikTok, as _theiconoclass, Mary McGillivray is an art historian with a difference. Her lessons in art history are made for a generation of people who are much more used to receiving information about popular culture through memes, short video explainers and Instagram posts than they are formal educational settings or long lectures. Despite the fact that TikTok is not really designed for formal art history lessons, her posts on the platform have caused something of a storm. McGillivray, a 25-year-old inhabitant of Melbourne, has now amassed approaching 8.5 million likes on her TikTok account. Globally, her followers number 376,000. Clearly, there is an online demand for her art history explanations, so what exactly is going on?

“Many people think that TikTok is only for memes and silly dances,” McGillivray says. “However, there are many amazing sub-cultures on the app, too.” As McGillivray explains, art history is just one of these cultural scenes but it is a side of TikTok that rarely gets the attention it deserves because pop culture is so dominant. Nevertheless, in less than a year, the trained art historian has built up this sub-culture into something few would have expected and now she is the leading light in online art history. Cleverly using hashtags such as #ArtTok and #ArtHistoryTok, McGillivray has attracted a global audience of art lovers who want to understand more about the pieces they view and to see them in a wider social and historical context.

Posting under the alias _theiconoclass, a name she also uses on Instagram where she has several thousands of followers, McGillivray breaks down some of the big movements in art history to make them easier for people to grapple with. She reveals hidden meanings in some famous works of art and she also analyses the art within pop cultures today. For example, she has produced videos that explain the artistic references in a Lizzo pop music video, how art has influenced the TV show Bridgerton and in which ways artists of yesteryear were reflected in the Harry Potter movie franchise.

McGillivray puts it straightforwardly. “I am an art history TikToker,” she says. The social media phenomenon also describes herself as a communicator of art history communicator or – more broadly – as an art history influencer. The world is now very well used to the idea that influencers operate online to promote brands, lifestyles and even just themselves sometimes, but an influencer of art history is very niche, to put it mildly. This is something that is not lost on McGillivray herself. “This is a very new category to be placed in,” she admits.

“I love communicating the stuffier side of art history in a fun way,” McGillivray says. The daughter of an art history teacher and a museum curator, she certainly knows about her subject matter. However, it is her uncanny ability to communicate the history of art to a young audience that has helped to make her such a popular figure on TikTok. McGillivray reckons that she has always been interested in art history and what she refers to as visual cultural history in the broader sense because she was ‘pretty much raised in museums’.

“It is in my blood,” she says. In fact, McGillivray only graduated from her degree in art history in 2019, having studied at the University of Melbourne. After completing her course, the art history graduate had expected to move to the UK to undertake postgraduate studies at the University of Cambridge. What changed her plans was something that affected so many international students, museums and galleries alike. Of course, this was the outbreak of COVID-19 and the consequent travel restrictions that happened all over the world.

McGillivray says she remembers being locked inside and that this left her feeling ‘pretty depressed’, particularly during her home city’s lengthy second period of lockdown. She was looking for something she could spend her time doing productively. “I decided to combine my art history knowledge with my video-making skills,” she told the Australian press. “[This was when I]… started making content for TikTok.”

Although the art historian had made some short, one-minute videos beforehand, her decision to start making art history videos coincided with the approximate time that TikTok allowed for longer content to be posted on its platform. In short, the social media platform trebled the maximum length of videos from one minute to three. Soon McGillivray was using the longer format to help raise awareness of a variety of subjects in art history. She says that the key to producing successful longer TikTok videos was being able to grab the attention of the audience within the first few seconds. Thereafter, she thinks, it is a question of making sure there is something to keep the viewer engaged with the video every ten seconds or so.

According to McGillivray, the first TikTok video she made that reached a million views was about a secret hidden insult that the Renaissance artist, Michelangelo, painted into his famous Sistine Chapel ceiling. The subject matter of that video is typical of her attention-grabbing style. “When people think about the history of art, they’ll often think of a high-brow artistic genius,” McGillivray says. “However, sometimes it really is just as straightforward as a Renaissance-era cupid flipping off the Pope.”

In addition to such a compelling story of Michelangelo’s apparent dissatisfaction with the man who commissioned him to paint the chapel’s ceiling, McGillivray’s video features all of the effects that go into a skilfully packaged TikTok nowadays. She has utilised popular TikTok audio including songs and other sounds that have been uploaded and shared by users on the site before and repurposed them in her videos. In the Michelangelo video, for example, she used an audio track that had already gone viral – a version of Rae Sremmurd’s ‘Come Get Her’ played on a harp – to accompany her commentary.

According to the TikToker, this particular social media platform is ‘the last place’ anyone would expect to discover a thriving online art history community. “However, there is actually a fantastic audience of engaged viewers here,” she says. What’s more, McGillivray asserts that this audience wants to learn about art on TikTok. According to McGillivray, art history has traditionally been an inaccessible field of study for many. In fact, she refers to it as, at times, an elitist field of academia. That’s partly why McGillivray has set out to use TikTok so that she can reach people in a more democratic manner. “[I want to reach those]… who may not have enjoyed formal access to education things like art history or media studies,” she says. “That’s why I make use of the language of the platform – memes and short explainer videos.”

McGillivray says that she sees her role as one that encourages people to be interested in something they may not have been completely comfortable with before. According to her, helping people to feel unintimidated by the world of art – and art history – is what it is all about. Clearly, McGillivray has a passion for educating people who may have had no experience of art history before or, indeed, access to museums and galleries. In this sense, she’s doing some of the same sort of work that art museums around the world have been engaged with for decades. 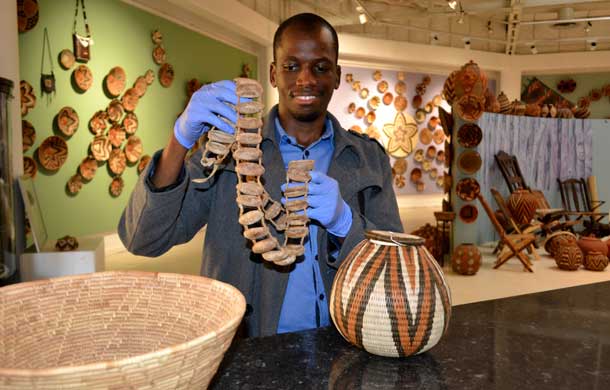 Making Museums Accessible to Those With Disabilities

The international museum day theme of “Museums for equality: Diversity and Inclusion” calls on museums to open doors for diverse audience. However, Researchers in the... 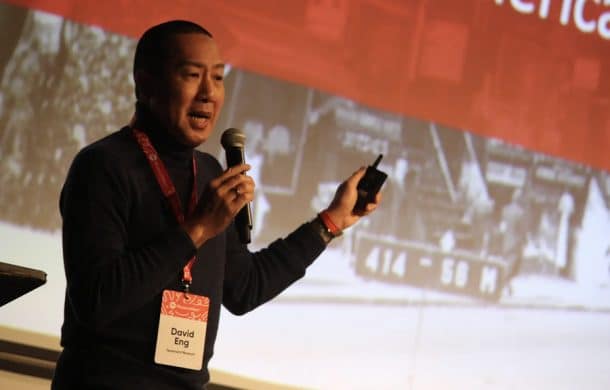 At a time when issues surrounding migrants, refugees, and immigration have taken center stage, the Tenement Museum is a potent reminder that, as a nation...