The Silicone Valley giant, Microsoft, has announced a new mixed reality (MR) platform known as Mesh. Microsoft Mesh will be powered by Azure, the company’s cloud computing service. According to Microsoft’s Technical Fellow, Alex Kipman, Mesh will allow people in different locations to share a holographic experience with one another even though they might be physically separated.

“Until now, this has been the dream for MR”, Kipman said in his announcement. He went on to add that using Mesh would allow people to “actually feel” as though they are in the same place with someone else, sharing the same environment and content. His announcement went on to claim that the technology would also allow users to teleport from different MR devices and be present at any time.

The unveiling of Microsoft Mesh was one of the highlights of the Ignite 2021 virtual computing conference. In fact, Kipman’s keynote address was something of a showbiz affair with the likes of Cirque du Soleil’s co-founder, Guy Laliberté, and the Hollywood film director, James Cameron, taking part through virtual reality devices. Kipman also welcomed other speakers including Satya Nadella, Microsoft’s CEO, and the CEO of Niantic, John Hanke. To showcase the MR technology Microsoft now has at its disposal, Kipman appeared at first as though he were immersed underwater in an oceanic experience. This scene was followed by several other types of environment that adequately demonstrated how the technology might work as Mesh is rolled out.

The announcement at Ignite took many industry commentators off guard. After all, Microsoft has not been heavily promoting either its Augmented Reality (AR) or its Windows Mixed Reality (WMR) platforms for a couple of years at least. Nevertheless, the tech giant has obviously decided that now is the right time to affirm its belief that MR will be the sort of technology that consumers will want in the foreseeable future. Although there has been an increased uptake in certain VR platforms in the last year or so, usually attributed to more people staying at home for both work and entertainment during the pandemic, there is little market analysis that says MR will be the net big thing.

That said, Microsoft has clearly made a strategic decision to get a lead in MR technology. It cites the fact that hundreds of millions of people around the globe have already gained some experience of MR. After all, it is something that works well with certain games through nothing more sophisticated than a smartphone screen. Notably, Pokémon Go was downloaded and played on millions of smartphones and tablets by children and adults alike.

The newly announced Mesh platform is based on years of investment. Microsoft has pumped millions into it as its research and development have grappled with technical difficulties. Some of these have been ways to make hand and eye-tracking technology work together seamlessly or to find ways to create greater consistency with holograms so that truly expressive avatars can be generated. Because Mesh is powered by a trusted platform, in the form of Microsoft Azure, the company hopes that a raft of third-party developers will now make use of it for AI-powered meeting tools, realistic avatars, spatial rendering and session management. How much Microsoft’s mixed reality dream becomes a real-world reality, however, is yet to be seen. 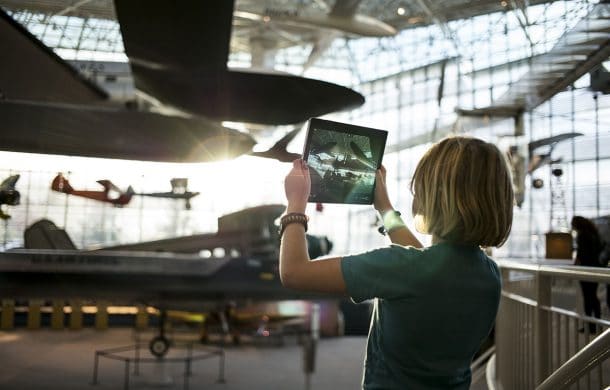 Beyond Office: Microsoft and the museum environment

As a Business Strategy Leader for Libraries and Museums in Microsoft’s Worldwide Education team, Catherine Devine spends much of her time considering how digital transformations... 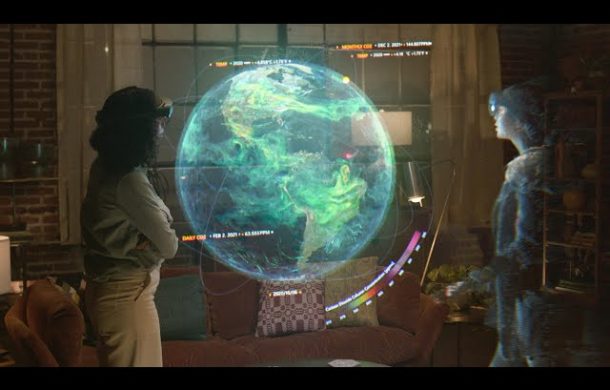 A look to the future: Microsoft Mesh and beyond

In her latest article for MuseumNext, Microsoft Strategy Leader for Libraries and Museums, Catherine Devine, shares where next generation Extended Reality (XR) is heading and...