Museums recognise that reaching young people is important. But what is the best method to connect with this audience in a genuine way? Technology and trends move fast, and museums don’t want to appear out of touch. The Science Gallery Melbourne has been developing new ways to reach young adults. Lee Casey is the Head of Communications and Engagement at the museum. At the MuseumNext Marketing Summit in February 2019, she shared some of the techniques that the Science Gallery has been working on. 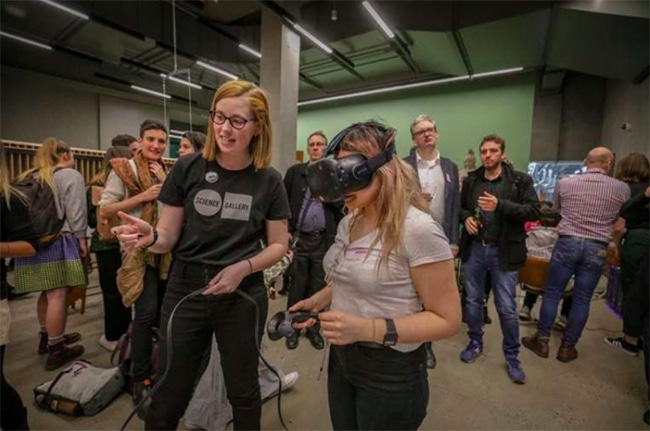 Science Gallery Melbourne is part of an expanding global network of science galleries. This network has hubs all over the world, including London, Bengaluru and Detroit. The idea started in Dublin in 2008 at Trinity College. All the galleries are attached to Universities.

The network has a unifying mission. This is “to ignite creativity and discovery where science and art collide.” Science Gallery Melbourne is a museum with a difference. It does not have a permanent collection. It runs programmes throughout the year which are future focused. The gallery is not just a science centre or a place that uses art to discuss science. It looks at the intersection between the two disciplines. Science Gallery Melbourne has a new building, scheduled to open in 2020. It is located in an innovation centre built by the University of Melbourne. Before the opening, the museum has been working on a series of pop-up programmes to build an audience.

Jobs of the future

Science Gallery Melbourne is concerned with the idea that the workforce in Australia is underqualified for the jobs of the future. Particularly when it comes to young women. 75% of future jobs are likely to be in STEM fields (Science, Technology, Engineering and Maths). Yet only 16% of people qualified in these fields are female. Currently, just 6.6% of female year 12 students study advanced maths. The museum aims to connect with an audience of young people. The goal is to generate interest in and engagement with STEM subjects. It also wants to show that creativity can be a part of these topics. 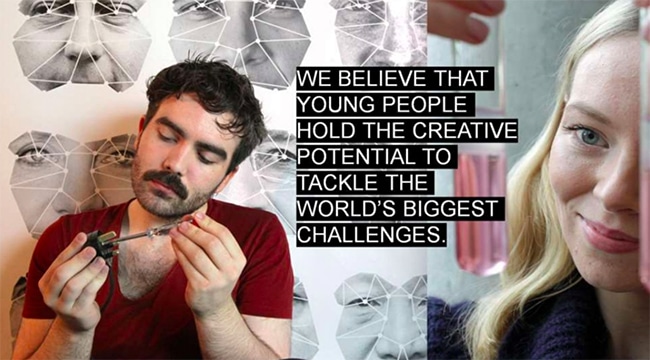 The gallery ensures that the audience is in mind throughout the planning process. The specific audience that it is aiming at is 15-25-year olds, which is a niche market. Many institutions do a lot of work with school children and families. These is some museum programming designed for young adults. But for Science Gallery Melbourne, this is the core audience at the centre of everything it does.

The museum believes that “young people hold the creative potential to tackle the world’s biggest challenges.” So, it is vital to connect with them and engage their interest. Casey believes that experiencing culture at a young age can be transformative. So how do museum professionals learn to understand and communicate with this age group when they are not a part of it?

Science Gallery Melbourne uses four ways to connect with its target audience. These are; edgy content, embedding young people, peer to peer learning and taking an interdisciplinary approach. For the purposes of the presentation, Casey focused on the first two.

The museum looks at topics which might be untraditional for a museum setting. For example, it has done projects about things like love, blood and risk. It talks about subjects like the science of desire, and the future of the human species.

The blood project examined many interesting topics under that umbrella. For instance; stigma, taboo, health, giving and sport. Some of the artwork for this project generated a lot of press for the gallery. It examined the topic of menstruation and used it to start meaningful conversations. The project tackled a lot of edgy areas that people may consider taboo. For example, making objects from sterilised HIV-positive blood, and asking people to hold them.

Outcomes from the first season of programming were positive. The gallery had almost 17,000 visitors, 67% of whom were aged 15 – 34. 90% of visitors said that the museum had challenged their thinking. Most importantly, considering the goals of the gallery, 53% said it had inspired them to consider a career in science. 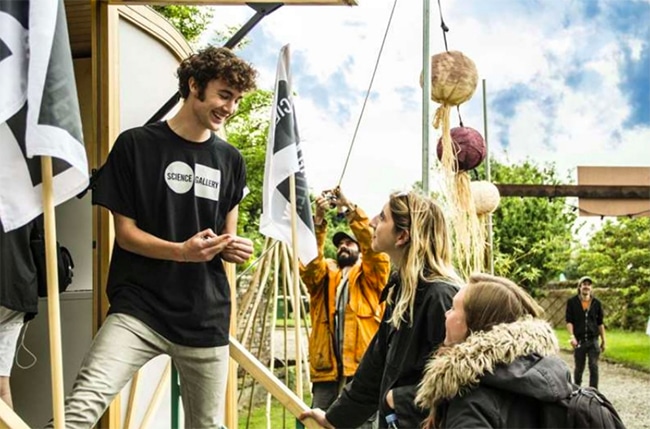 In 2018 the gallery instigated a group called Sci Curious. The group size is around 35, and the age range is from 14 to 27. The museum meets with this body throughout the year. The idea is to be “a group that will challenge us, disagree with us, roll their eyes at us, question us, cheer for us, ‘like’ us, follow us and provoke us.” The group has worked together with the museum to decide on future topics. Ideas include projects on waste and disposables. For the gallery opening, this group wanted to focus on the subject of mental health. This way, the gallery is able to explore the things that this audience has a genuine interest in.

This group has also influenced the design of the new building. This helps to ensure it is a space that young people will want to go to and feel welcomed by. Another part of the process that involves the group is marketing. They have a say in the language that is used and the types of messages that the museum puts out.

As well as working to understand its audience, the museum also examined itself. Casey explains that the gallery wanted to understand its own character, DNA, voice and story. It is important to make it clear what the gallery stands for, to establish a solid brand identity. It has an innovative approach to this. Each year the gallery picks a story in the news that it feels represents itself. For example, last year they looked at the story of Barbara Streisand cloning her own dogs. The topic appealed because it was quite edgy and futuristic. It looked at things that future science might make possible, whilst also being part of pop culture. It sparked conversations about ethical issues too.

The museum does not use traditional labelling. Instead, it has interactive screens. To access the content, visitors must first answer a question. The museum has found that questions can be interesting and engaging. Previous questions include, “would you have a relationship with a robot?” and “would you change your DNA to alter your appearance?” Casey explains that this helps the young person to put themselves inside the work. They are able to consider it from their own perspective. The museum also asks visitors to rate the artwork with emojis.

The museum goes to places where young people are. It makes sure to put the programmes in bars and has a presence at events such as music festivals. It also gets young people involved by passing the content to them. For example, it gave project topics to journalism students. These students then made podcasts exploring these in their own voices.

The museum is working to get a lot of input from its target audience. But what is it giving back to them in return? It wants to ensure that the transaction is two-way. Science Gallery Melbourne pays the members of Sci Curious for each meeting they attend. Casey notes that this puts a value on their contribution and ideas. The gallery also gives young people opportunities that they may not get elsewhere. For example, the chance to have a one-on-one conversation with the Dean of Science. The museum hires young people and graduates for front of house roles. This means that for young visitors, the age gap between themselves and the faces they see in the gallery is small. Because of this, they are more likely to feel that they can connect and ask questions.

Science Gallery Melbourne is a great example of a museum that puts young people at the heart of everything they do. Casey finishes by talking about how important it is to continue learning and growing. The museum works hard to keep improving by asking questions such as “what is the right balance?”, “when are we experts?” and “when are we just a gallery?” 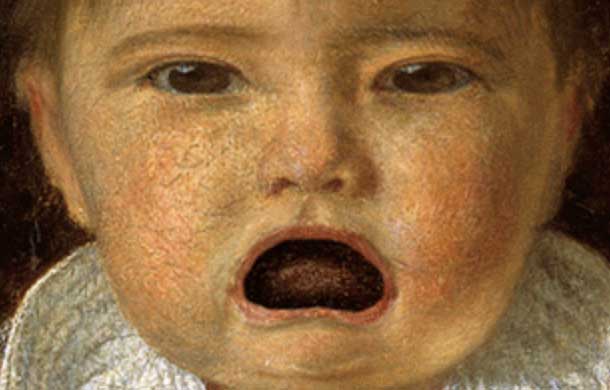 Art is known for pushing the boundaries in a number of different ways. But what happens when museums carry this mindset over into their marketing... 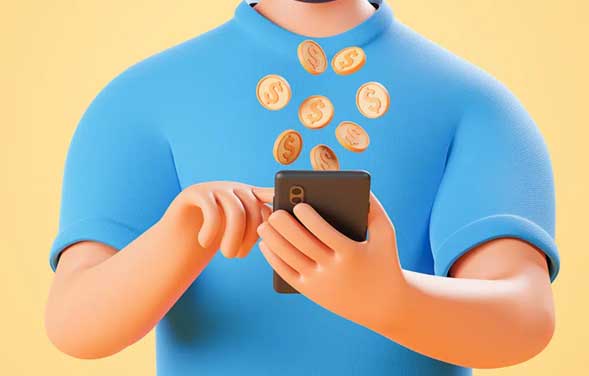 Museums are profoundly generous organisations, giving access and knowledge to the public to inspire learning and create meaningful experiences. Behind this generous nature are real,... 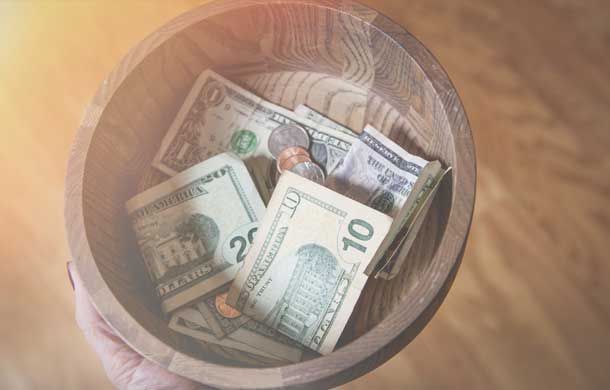 Ah, fundraising. For small museums, it can be one of the most vexing issues. This is usually because simply keeping the museum afloat on a...