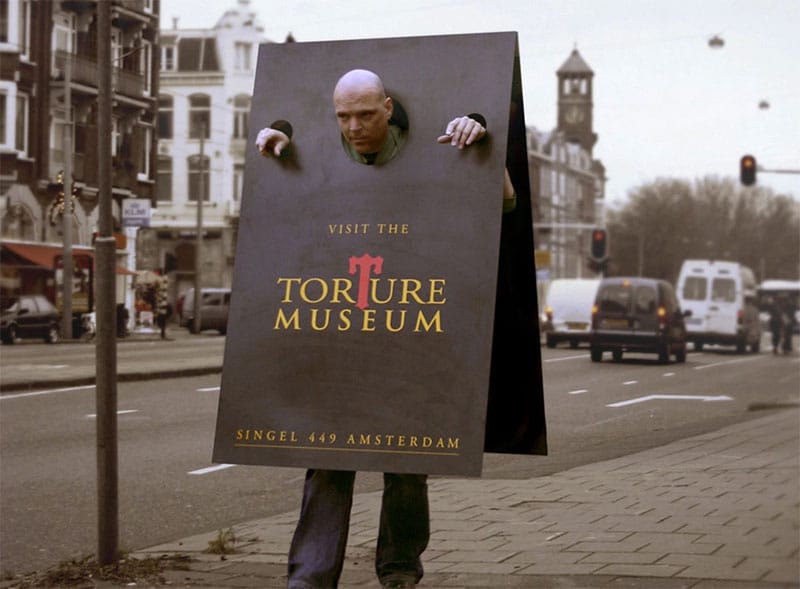 Museums around the world need to constantly come up with inventive new Museum marketing ideas.

From putting a moustache on an aeroplane to setting dinosaurs loose in the middle of a major city, these guerrilla marketing ideas and imaginative advertisements helped these museums to turn heads and attract visitors.

Take inspiration from these fantastic museum marketing ideas and consider how your museum could produce extraordinary promotional campaigns for your exhibitions and events.

Visitors picking up luggage at Schipol airport got an arty welcome to Amsterdam thanks to a clever museum marketing idea.

To celebrate the renovation of its gallery within the airport – where 10 paintings from the museum’s collection are on display – the Rijksmuseum installed a special baggage carousel bearing reproductions of some of its most famous masterpieces. Covering the entire 73 metres of the baggage belt of Carousel 16 in Baggage Hall 3, the creative conveyer includes works by the likes of Rembrandt, Vermeer, Karel Appel, Van Gogh and others.

This eye catching advert for the museum couldn’t be missed.

Also catching people’s attention at airports was the signature moustache of surrealist Salvador Dali which was painted on a Delta 757. The design was part of the marketing campaign for an exhibit at the High Museum of Art in Atlanta. 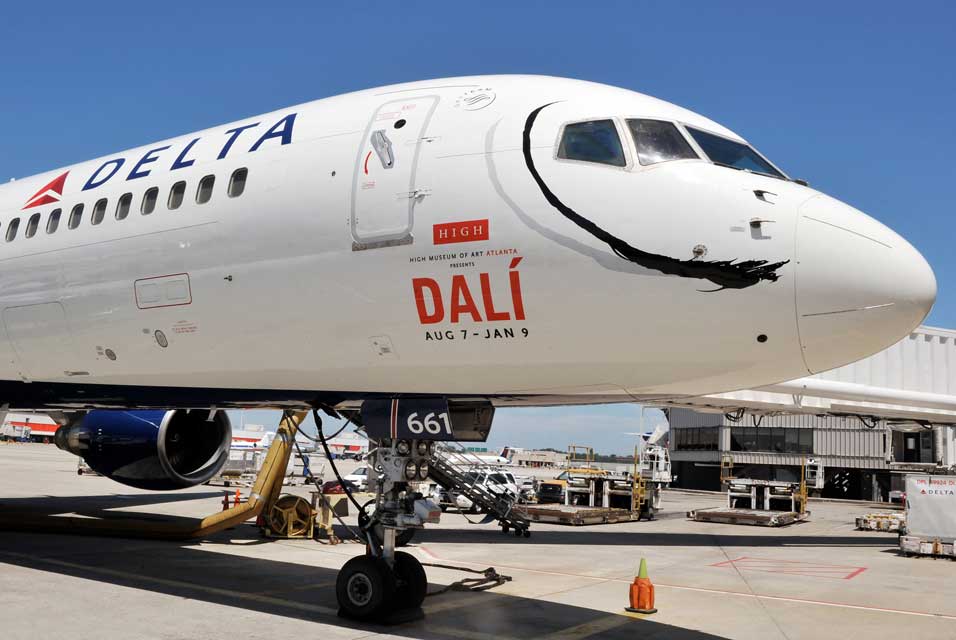 Who says dinosaurs can’t do yoga?

Running through the streets of Ottawa dressed in inflatable dinosaur suits to promote a museum exhibition is a very simple concept. This promotion for a temporary exhibition at the Museum of Nature in Canada went viral with more than a million people viewing films of the dinosaurs doing everything from yoga to taking a ferry. This clever marketing idea helped the museum increase visitors by 1600%.

Putting a Dinosaur on Tinder

There are 50 million active users on Tinder, and 10 million daily active users. 45% of them are 25–34, 38% are 16–24. So when the Royal Ontario Museum was looking for a new marketing channel to tell young people about their Friday Night Live (#FNLROM) event, they signed Teddy the Dinosaur up for the dating service and used wit and charm to try and attract visitors.

More about this marketing campaign here. 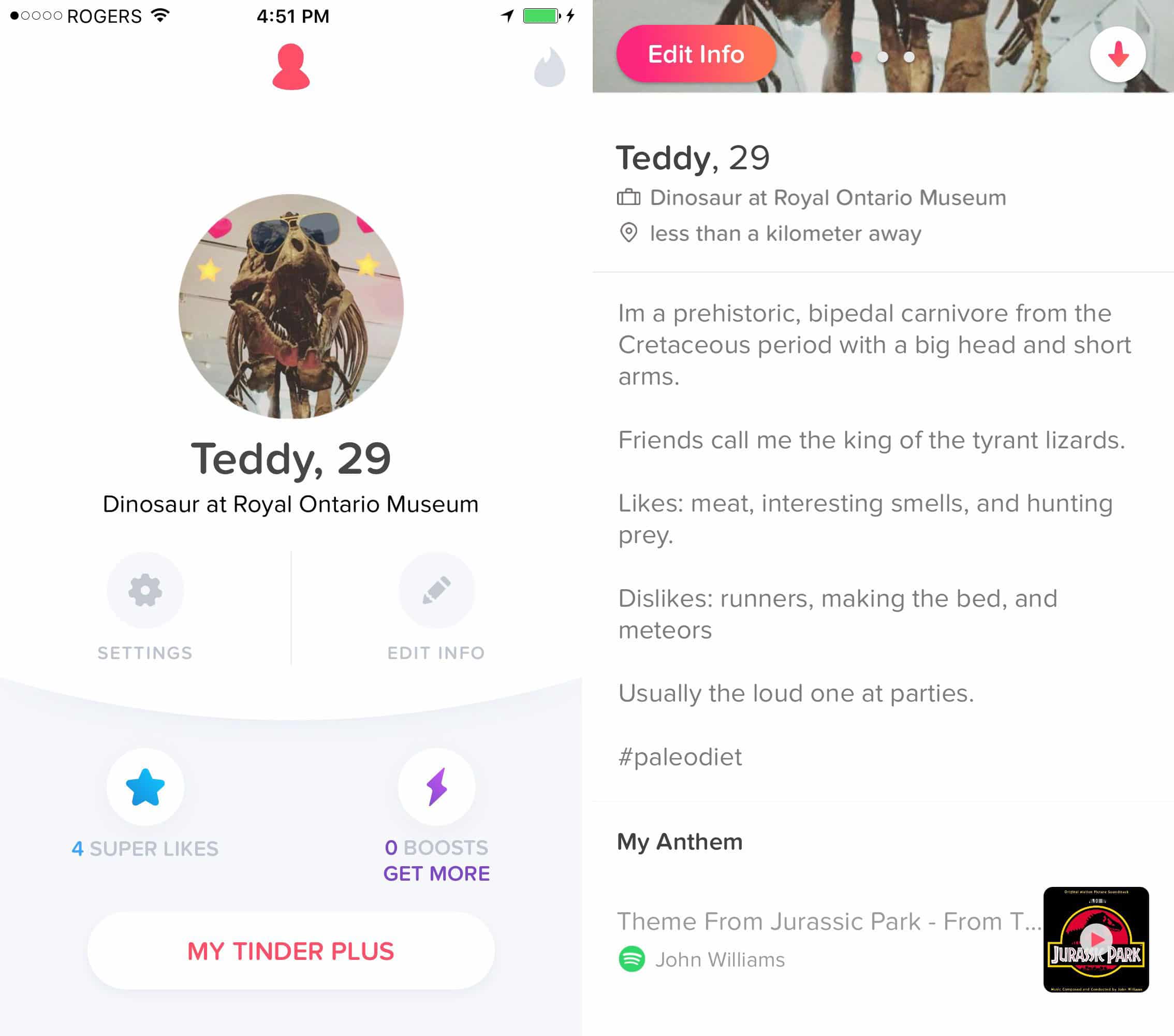 The Naval Museum of Alberta produced this incredibly simple but eye catching advertisement for their museum which turned the billboard into a submarine telescope. A great museum marketing idea. 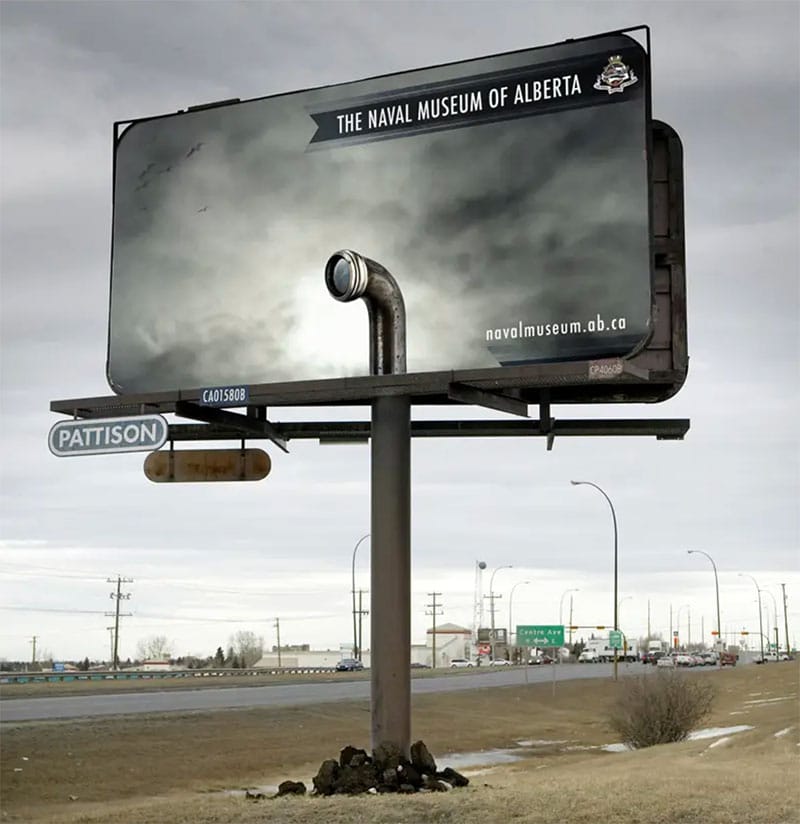 Using customized Google Maps, social media like Facebook as well as Youtube videos, participants needed to “help the Lost Warrior find his way to the Asian Art Museum,” the point of which, Hallman said, was to “require that you know where the museum is located.” The museum also used guerrilla marketing tactics like posting “lost warrior” flyers on street posts. Hallman added that this was to make people ask, “An art museum with a sense of humour and a savvy social media strategy? They’re supposed to be stodgy and boring.” 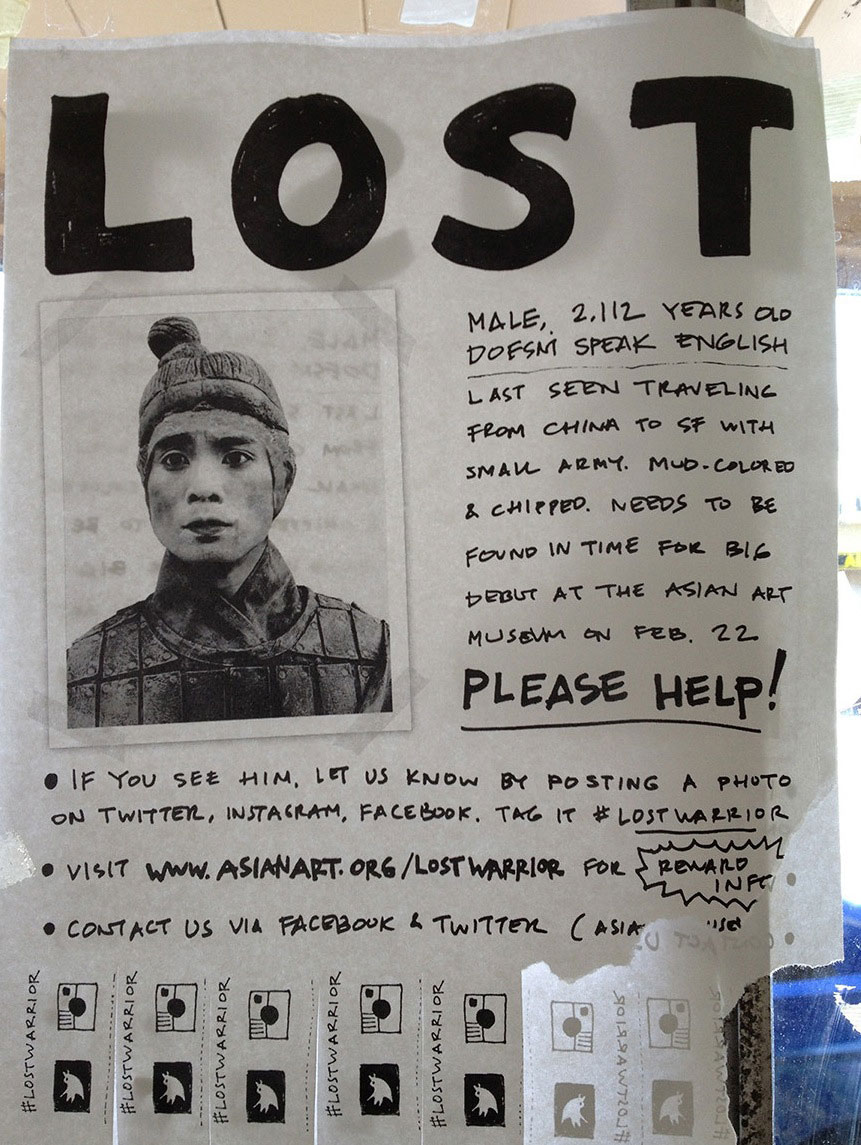 When six year old Sam Pointon sent a handwritten letter applying to be Director of the National Railway Museum in England, staff were so impressed they appointed Sam an honorary “Director of Fun”and invited him and his family to a VIP day at the museum, which is home to 280 locomotives including the Mallard and the Flying Scotsman. 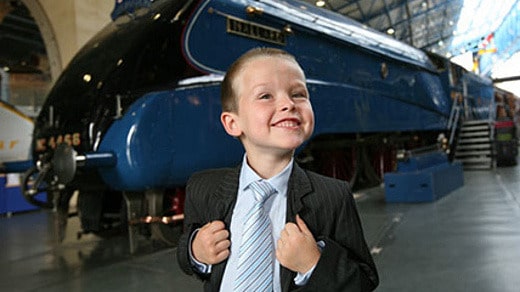 Not only did Sam have a brilliant time, but the idea captured the imagination of journalists and got the museum lots of National Press.

Let your visitors stay over

Louvre teamed up with Airbnb to offer two people the chance to stay in the world famous art gallery. By teaming up with one of the world’s biggest digital brands the marketing campaign promoted the museum to a young, hip demographic that might not usually consider visiting Louvre.

Has your museum tried any creative marketing ideas? We’d love to hear about them, so please let us know about them on Twitter. 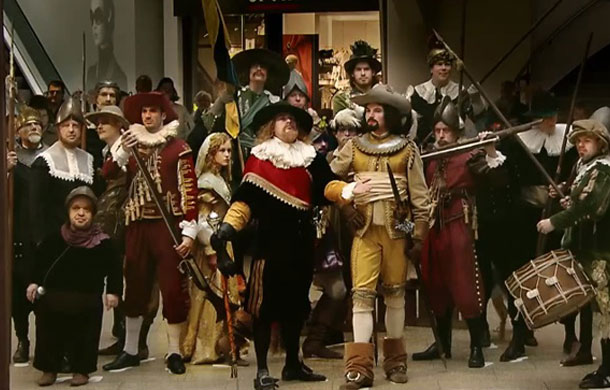 This article contains shining examples of cultural organisations who hit the nail on the head with engaging campaigns that proved extremely memorable to the public. ... 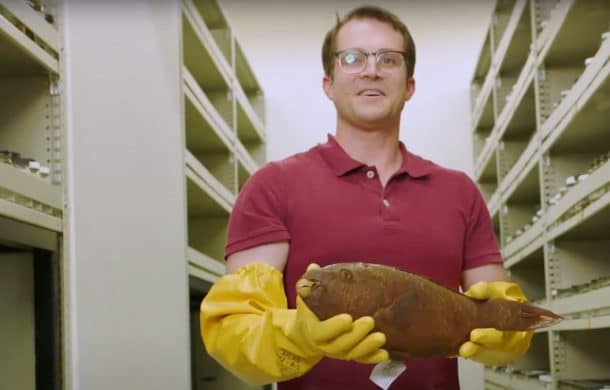 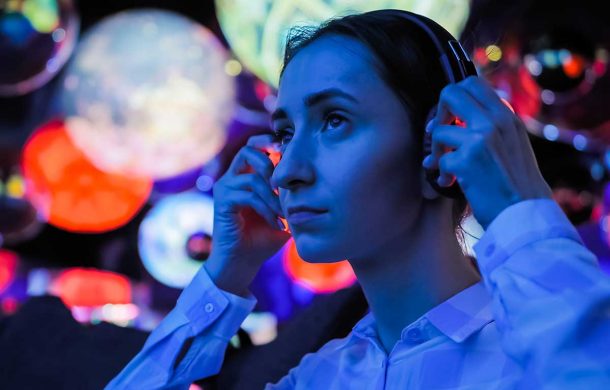 Why should kids have all the fun? Museums have an incredible potential to not only educate adults, but also engage and entertain them. Through using...