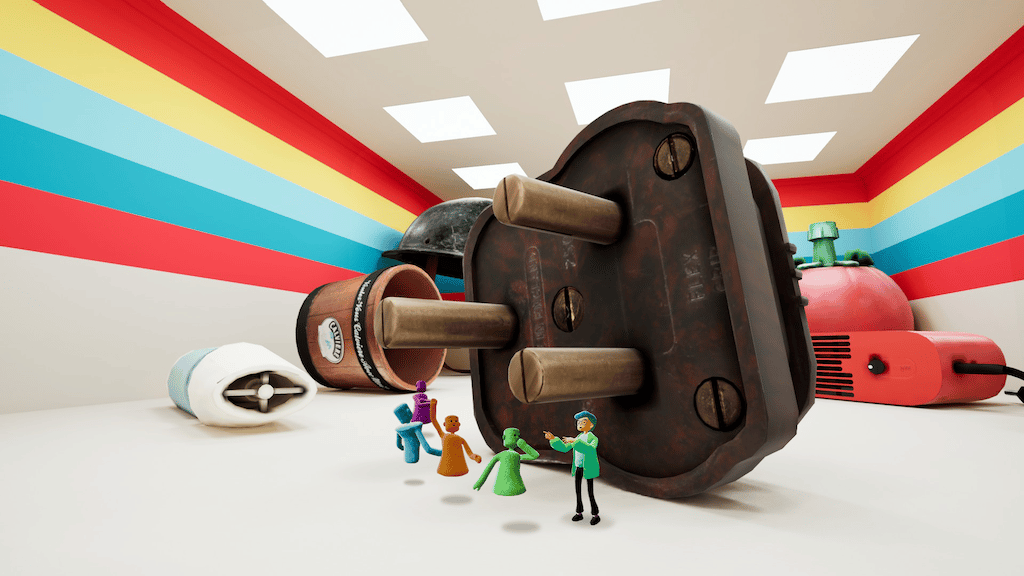 A preview of the History Wing of Museums of Plastic 2121

Try to imagine a future where single use plastic is only found in museums. It’s hard isn’t it? However, that’s exactly what the Museum of Plastic 2121 has done by creating a virtual museum based 100 years from now in an imagined future where things have worked out well for both the planet and humanity.

Funded by the British Council’s Creative Commissions, as part of their Climate Connection programme to support COP26, the Museum of Plastic 2121, which opens tomorrow,  allows visitors the opportunity to uncover the story of plastic and its history, science, industry, and impact on our environment.

Positive look at the future

It is produced by Curatours, a digital platform for arts, heritage and culture, which took inspiration from the Solarpunk movement, which uses art to envisage a future where humans have solved contemporary challenges.

Curatours say the Museum of Plastic 2121, which is free and accessed by downloading an app on a Windows PC or an Oculus Quest VR headset, is a positive look at our future.

“The outlook for the world today can seem bleak so we want to imagine the best-case-scenario for the future. We want to motivate ourselves into a positive self-fulfilling prophecy.”

Visitors are able to visit six rooms in the museum, covering the past, the present and the future of plastics, which feature immersive 360 videos, interactive 3D objects and captivating art installations that you can walk through and see up close. 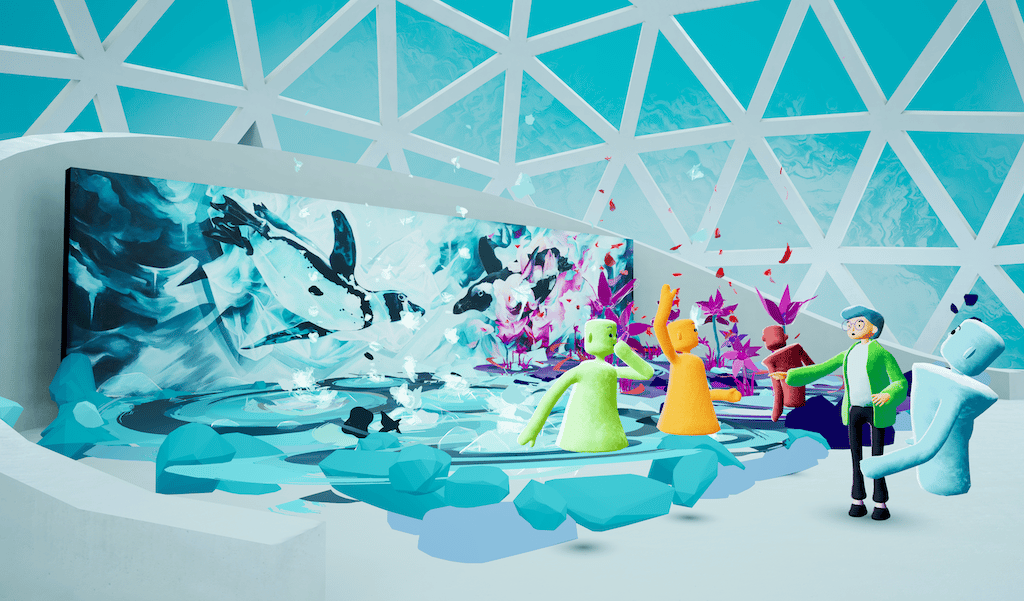 Visitors can also take a virtual guided tour with Dr Alice Bell, co-director at the climate change charity Possible and author of Our Biggest Experiment: A History of the Climate Crisis, who provided environmental consultancy on the project.

“It’s been really exciting working with Cooperative Innovations on this project,” Dr Alice Bell, Co-director at Possible, said. “I love the inspiring, optimistic story they tell about a possible future, without flinching from the problems of today, one that weaves together technological innovation with political movement building, and social and cultural change. I also think they’ve been really clever about how they use the story of plastics. It’s not just a plastic straw here or a crisp packet there, but how the whole system of plastics sits at the core of modern consumption and the fossil fuel age.”

As part of the online experience, visitors will learn the importance of establishing a circular economy and find out how activism and individual action happening now will lead to positive change in the future. 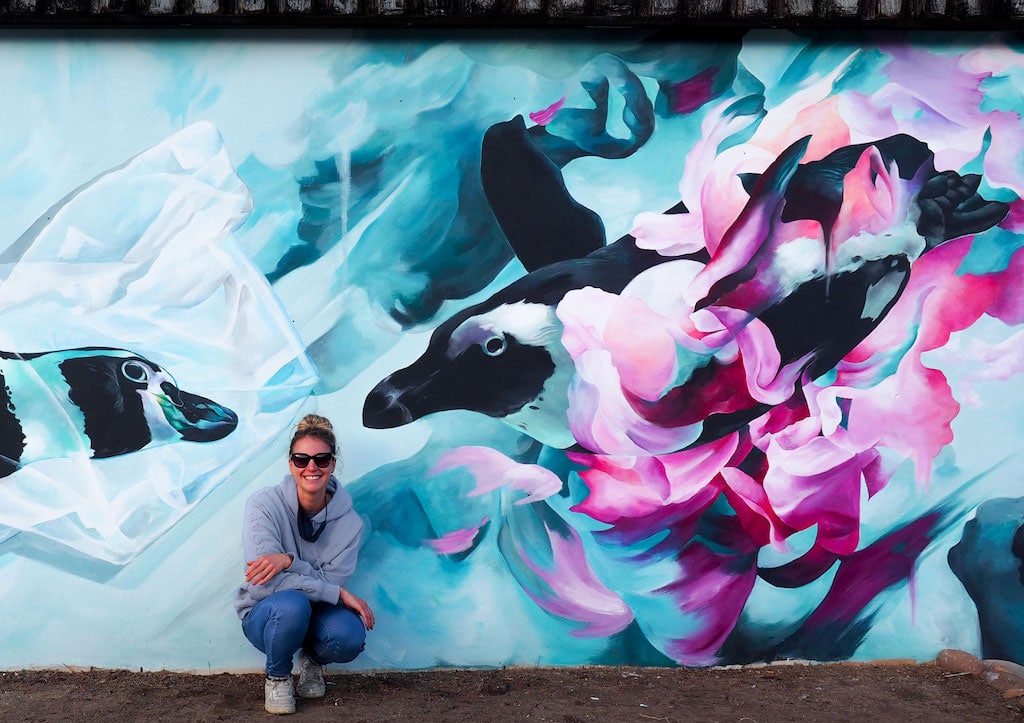 The Museum of Plastic 2121 mixes paint with pixels. Here’s Cape Town-based Alicia McFadzean, aka Cheeky Observer, with her mural used in the museum

To do this, Cooperative Innovations have worked closely in partnership with South African environmental organisation The Greenpop Foundation and the Street Art organisation, Baz-Art, which in turn worked with artists and communities to create real world murals alongside 3D paintings for the museum.

Between them they have compiled a tool kit of practical actions and changes each visitor can make and implement in their own lives so we can all start working towards a positive future.

“Curatours is a social digital space – it isn’t connected to physical geography, it’s nationless, timeless and unconstrained by physics,” Emma Cooper, Project Lead at Cooperative Innovations, said. “Featuring stories and creativity from partners around the world, it’s a space where people can gather, learn and discuss what they’ve learned. The whole idea of the Museum of Plastic is to take advantage of the best properties of the Curatours platform and, by bringing a future museum to life, to show visitors a path forward to a better future.”

Museum of Plastic 2121 is supported by the British Council’s Creative Commissions programme, a series of creative commissions exploring climate change through art, science and digital technology as part of The Climate Connection global initiative. 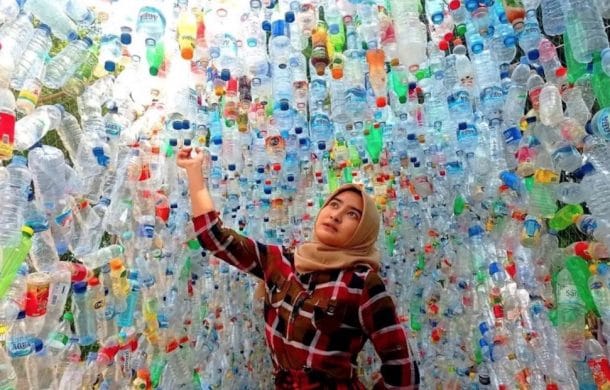 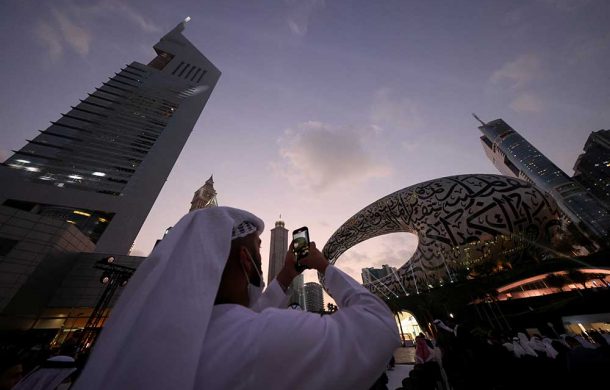 The Museum of the Future Opens in Dubai

Situated in the Financial District of Dubai, the Museum of the Future has finally opened its doors for the first time following a two-month-long delay....