Under the hashtag #ColorOurCollections, a growing number of institutions around the world have been encouraging people to colour in their black and white exhibits to reimagine them in vibrant intensity. The web-based initiative began in 2016 to encourage people to engage more with collections in the United States and the idea has since grown rapidly. In 2020, museums, galleries, libraries, archives and other cultural institutions across the globe have been sharing free colouring sheets on the internet. During the programme, which took part in February, it was possible to download images to colour in – as well as entire colouring books – which featured materials in the collections of museums as diverse as the Bibliothèque et Archives Mationales in Québec and the library of the University of Sussex in the UK.

In 2019, no fewer than 114 different institutions participated in the #ColorOurCollections scheme and a similar number is expected to have taken part in 2020 when the final figures are established. Among the institutions in the United States that had announced they would be making a contribution were several from the academic world, such as the Countway Library at Harvard University. Museums the Virginia Museum of History and Culture and the Jewish Museum of Maryland all produced black and white images for people to colour in. 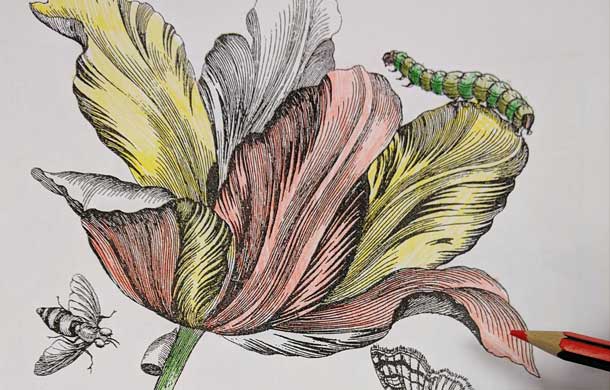 The Choice of Images

Of course, with such diverse collections, there is little that connects one type of image in the virtual colouring book from another. However, one commonality that is shared among the thousands of different prints and sketches that have been made available in the project is their monochrome appearance, something that makes them ideal for colouring in. In all other respects, the images that have been put forward span just about every taste and illustrative style that has been used over the last few centuries since printing was first invented.

Since drawings were first used in books, they have been put to educational uses and, in many cases, they featured in medical textbooks. As a result, many of the images in the 2020 iteration of the #ColorOurCollections scheme had a medical theme. Each of the chosen historical pictures offered the opportunity to colour in an image that had been hand-drawn but which were astonishingly detailed. Anyone who is interested in anatomy or the depiction of human bodies in a realistic state to improve their own use of colour without having to worry about sketching can find plenty of images to use thanks to the project.

For example, there are plenty of organs, muscles and skeletons to colour in thanks to the contributions of the Medical Heritage Library, the Massachusetts General Hospital and the New York Academy of Medicine. Some of these American institutions also came up with pictures of unusual animals that will fire the imagination of budding artists, too. It should be mentioned, however, that some of them available to download are definitely real examples of nature.

If colouring in anatomical images is not our thing, then there are plenty of other pictures to choose from. The Harley-Davidson Archives have allowed several pictures of their old motorcycle designs to be downloaded and coloured in, worth looking at if you’d like to add your own livery. Then, there are a number of different canoe images that fans of water-based transport can get their hands on thanks to the contribution made by the Canadian Canoe Museum. The Pritzker Military Museum also provided plenty of pictures that included those of military vehicles.

Originally launched by The New York Academy of Medicine Library four years ago, #ColorOurCollections has since grown to become a week-long colouring festival that has gained a large social media following. The annual campaign has now settled down to occur on the first full week of February, although the exact timing can vary. Nearly all types of public institution or archive can get involved to raise awareness of themselves simply by sharing free colouring content online and making use of the #ColorOurCollections hashtag. What’s more, the week of colouring activities has now been extended so that people can download the images in the scheme’s repository well after the official end. In fact, it is also now possible to access images from previous iterations of the online campaign.

This means that people can still colour in some remarkable gems from previous years, not least some very popular sketches that were perviously made available by the Theodore Roosevelt Center. These featured the former US president in several different settings. In addition, a series of intricate illustrations that were made available by Smithsonian Libraries are now still available to download by anyone who fancies colouring them in and sharing their work on social media. By the time the 2021 version of #ColorOurCollections comes about, even more institutions are likely to have got involved. All that is needed is to create a PDF that can be coloured in and a suitable image from an institution’s collection, of course.

Are Museums Doing Enough to Increase the Number of Women Artists Represented in their Collections?

Few museums and galleries across the west have failed to recognise how women have been historically under represented in the art world. Of course, there...

Universities must open their archives and share their oppressive pasts

For the first time, a Canadian university — the University of Guelph — is reconciling with its history of teaching eugenics. Few universities in Canada... 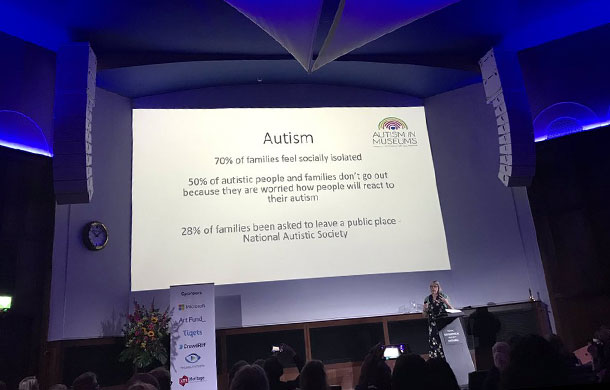 In 2012 I had a different career and a different life. My daughter was diagnosed on the autism spectrum and I quit my job to...