How can Museums help the growing number of caregivers?

There are 45.3 million people in the USA providing some form of care to a friend or family member. Looking after a relative or loved one can have a negative impact on a person’s health and wellbeing if they are not given adequate support. Caring for someone is an important role, but it comes with challenges. Carers all over the world do a vital job and take on a large amount of responsibility. Caregiving is complex and can take a toll on the carer both physically and mentally. 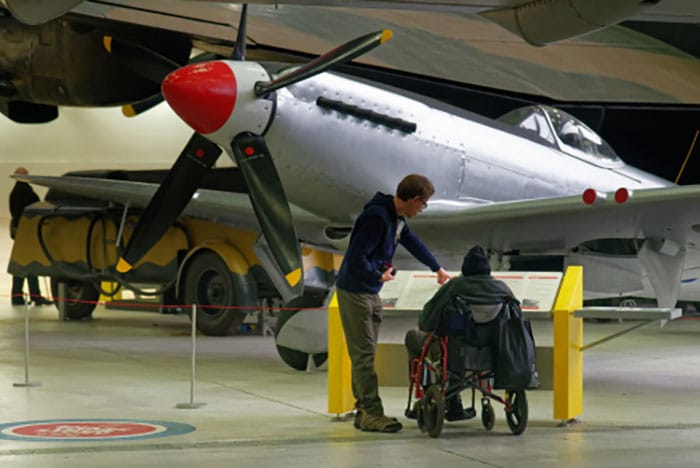 One study surveyed 3,400 caregivers to find out about their health and wellbeing. 83% of respondents said that caring had an impact on their physical health. 87% said that it affected their mental health. 39% reported that they had put off their own medical treatment because of caring. 37% of caregivers had to give up their jobs to fill their care responsibilities. Factors such as lack of physical, emotional and financial support can lead to a host of issues. Carers often put the health and wellbeing of the person they are looking after ahead of their own.

Museums do a lot of work with a range of people who may need care. For example, people with dementia or disabilities. However, they can also cater to the people who care for these visitors. Carers may be in need of respite or social connection. They might be looking for a way to communicate with their loved one outside of a caregiving role. Museums can provide a space where all these things are possible.

The National Gallery of Art in Washington D.C. has been providing carers with a chance to take a break as they explore art. This particular programme is aimed at people living with dementia. Together with their carer, participants have a dedicated tour of the museum. They are able to interact with the pieces and to talk about any emotions that they might spark. Trained staff lead the tours. They encourage everyone to take part in the discussion, creating a welcoming atmosphere. It is not a whistle-stop tour of the museum. Instead, it is a slow, considered exploration of specific pieces. Participants explore two to three works of art during a 90-minute session. 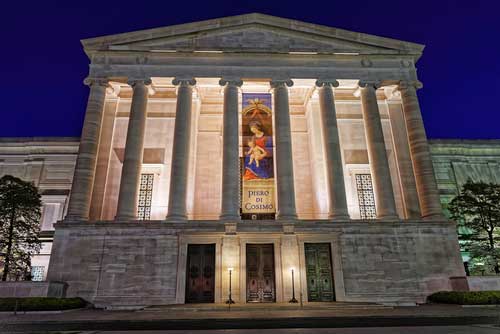 The programme is called Just Us. It is based on a project developed the Metropolitan Museum of Art in New York. Carolyn Halpin-Heal co-founded the MoMA programme. She said, “We know that involvement with art improves well-being. In our own research for persons with dementia, we see a reduction in apathy. For caregivers, we see less isolation and a reduction in stress.” For participants in the Just Us programme, it allows them to enjoy an experience together that is removed from the daily caring routine. Caregivers have a chance to get outside of the care bubble and engage with others in a similar situation.

Birmingham Museums Trust has been running a programme called Creative Carers since 2016. BMT invites caregivers to attend a variety of creative workshops. These are designed to give them a break from their responsibilities. The sessions are free and include materials and refreshments. Participants can try a new activity in one of the Birmingham museums. They also have the opportunity to relax with tea and cake, while socialising with other carers.

One example of the type of workshops offered is a jewellery making workshop at the Museum of the Jewellery Quarter. At this event, caregivers were able to leave the responsibilities behind for a few hours. They created their own jewellery projects for fun or to give as gifts. They were also able to socialise and share stories in a relaxed atmosphere.

Hannah Graham is a Community Engagement Officer at Birmingham Museums. Speaking of the project she says, “through [the] Birmingham Museums Wellbeing programme, we are committed to giving back to carers. We aim to actively provide them with a creative outlet and space through which they can meet new people and express their artistic flair through a low level, social activity.”

Young Carers Getting Creative in Museums

There are many young people acting as caregivers. These young carers can often miss out on some of the fun and social activities that their peers enjoy. They deserve support and a chance to play and be creative. Watford Museum invited young carers to be part of a project, giving them an opportunity to focus on a creative outlet.

The exhibition that they helped to create was displayed in 2016. “Museums in Motion” looked at the theme of mobile phones, asking “What is inside your mobile?” The dance and heritage film explored the functions and capabilities of modern phones, alongside historical things that used to serve the same purpose. Five young carers and their families helped by dancing, directing and film-making their way towards the final product. They were joined by a team of professional artists from BEEE Creative and makeAMPLIFY. Similar group projects also took place in Stevenage and Royston Museums to create other film installations.

Carers in Hertfordshire connected the young people with the museum. Carole Whittle, Health and Wellbeing Manager for the young carers service said: “We were pleased that young carers were invited to be part of this project. The young carers involved had great fun and got to develop their dance and creative skills as well as meet other young carers.” Participants had a chance to enjoy a group activity with their peers, outside of their daily routines.

In 2018, Museums and Galleries Edinburgh worked with Edinburgh Young Carers on a project. Young carers aged 9-16 chose examples of local heritage from their own lives as well as from the museum’s collection. They chose themes, selected objects and wrote labels for the project. The resulting exhibition, “Young Carers in Charge” went on display in early 2019.

Jane Miller is the Policy and Participation Officer at Children in Scotland. Speaking about the exhibition she said, “One of the best parts for me was hearing about the objects the group had selected from their own lives to form part of the exhibition. Some of the objects were chosen because of the links they had to special people in their lives, including family members. Other objects were important because they represented personal achievements and successes.” Participants gained confidence during the project. They were also able to share the experience with their peers.

There are many museum programmes aimed at people with dementia. Many of these also actively support those people’s carers too. Once such example is Arts 4 Dementia’s London Arts Challenge in 2012. This was a series of arts interventions designed to inspire and re-energise participants.

One of the challenges that carers can face is the task of providing stimulation and entertainment for the person they care for. For dementia patients, it is clear that there is a benefit in keeping the mind active and engaged. But it can be difficult to come up with new ways of doing so. Creative solutions such as those explored by the Arts 4 Dementia project can have a positive impact. Dance, art, music and drama in this instance are key to wellbeing. The London Arts Challenge comprised 17 weekly projects. These lasted for three to ten weeks and involved a range of art forms. It ran from February 2012 to March 2013.

The project had a positive effect on the participants with dementia. But the caregivers who took part reported benefits too. According to the evaluation of the programme, “carers enjoyed the creative, cultural and social opportunities – some discovering a new cultural world – and all were happier at their companions’ restored energy, interest and relief of stress.”

Mindfulness has become something of a buzzword recently, but it can be a useful tool for carers in dealing with stress. Mindful defines it as, “the basic human ability to be fully present, aware of where we are and what we’re doing, and not overly reactive or overwhelmed by what’s going on around us.” It can be a way of finding calm in a busy, hectic life.

Museums can offer a calm, welcoming space for people to learn the technique. Many museums already run mindfulness sessions or workshops in their buildings. In 2017, the Helena Thompson Museum in Workington joined forces with West Cumbria Carers to provide mindfulness course aimed solely at carers. The eight-week programme allowed caregivers to take some time for themselves outside of their care role. They learned some useful coping strategies as part of the sessions. Practising mindfulness can have a beneficial effect on mental and physical wellbeing. It can reduce blood pressure. It can also help people who are suffering from depression and anxiety.

Caregivers perform care duties for their loved ones in the face of stress, financial challenges and worry. Carers carry a large amount of responsibility with them on a daily basis. Sometimes, this weight can become heavy and they need some help to take the load. Often, caregivers may feel like they are losing their personal identity to the role of carer. Museums can provide a variety of programmes and activities to help carers. These can be arts events that stimulate and engage or sessions that allow the carer some time to themselves. There is the potential for museums to make a huge difference. 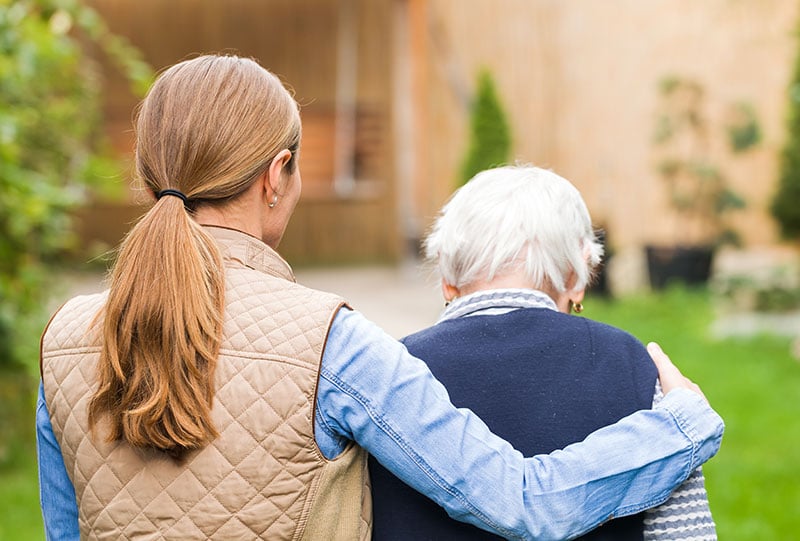 Enjoying new activities together can be hugely important for caregivers and the person they care for. It gives them something to connect with outside of the daily caring routines. It allows them to see each other as individuals. Carers are at risk of being socially isolated and can suffer health issues because of their role. Museums can help by including them, involving them in activities and making them feel welcomed and valued. It is vital that these unsung heroes have a place in arts and culture.

Are Museums Doing Enough to Increase the Number of Women Artists Represented in their Collections?

Few museums and galleries across the west have failed to recognise how women have been historically under represented in the art world. Of course, there... 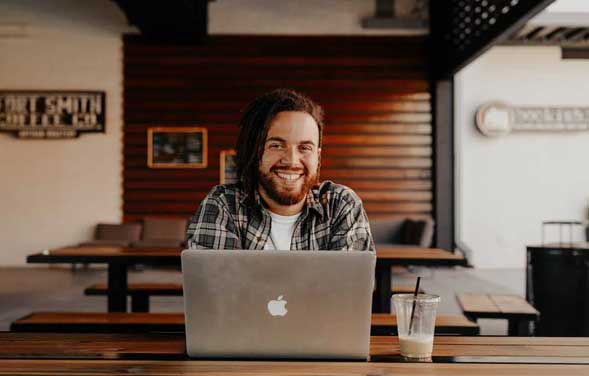 The growing value of digital volunteers for museums

On-site volunteers are nothing new to museums but meeting the growing need for digital volunteers is. Many cultural institutions utilise the help of volunteers in... 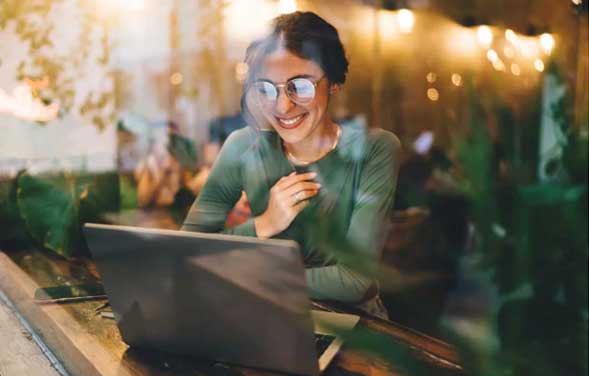 The role of SEO in growing digital audiences for Museums

Understanding how to navigate the complex world of Search Engine Optimisation (SEO) is vital to any museum or cultural venue looking to expand reach and...