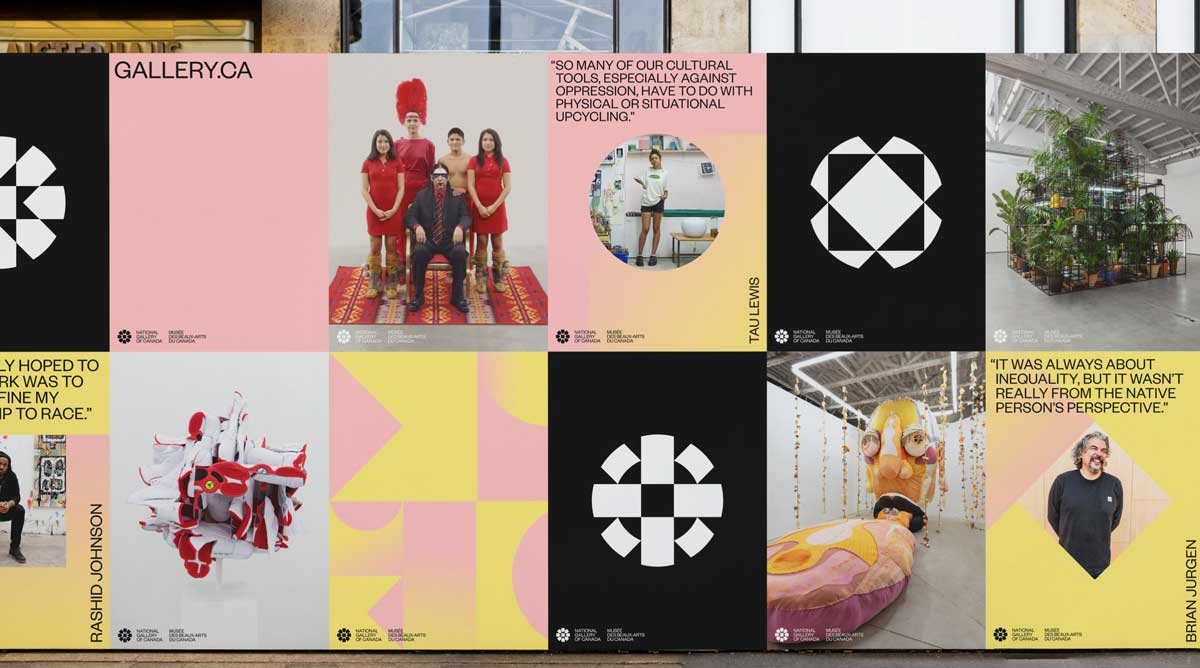 The National Gallery of Canada, which is home to what many regard as the most important collection of contemporary Indigenous, Canadian and European art in the country, has gone through an extensive rebranding exercise. The art institution usually welcomes more than 400,000 visitors over the course of a typical year and is widely thought of as the pre-eminent visual arts organisation in Canada. According to a statement the National Gallery issued to the Canadian press, the institution recognises what it refers to as its ‘responsibility’ to share the collective story of different peoples through visual arts programming. Part of this is not merely curating exhibitions for its galleries but an appropriately inclusive visual identity for itself.

Now the art museum has a new one, thanks to the efforts of a brand agency named Area 17. The agency, which has bases of operation in both New York and Paris, was chosen by the National Gallery of Canada to come up with a new brand strategy and visual system. This, it was hoped, would reflect the work the museum has been conducting to decolonise much of its collection. In addition, it was Area 17 which was charged with coming up with a new identity for the gallery that would allow new and more diverse voices more space to be heard.

The rebranding exercise was extensive. Indeed, it represented a complete revamp of the gallery’s old logo, its chosen colour palette and the sort of typography it had been using. Issues of motion, photography and even a Western world-view – something that was at the root of many of the old visual design decisions at the gallery – were up for review. The team at Area 17 got into them all. 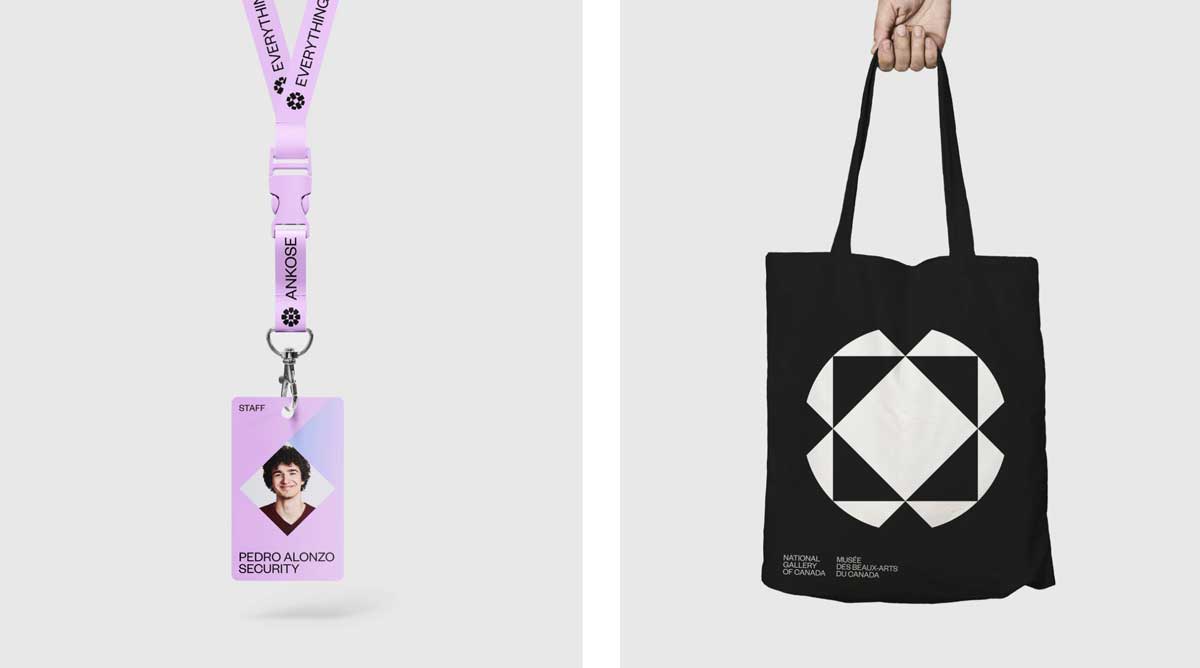 According to the agency’s strategy director, Carolyn Centeno Milton, this meant that a lot of conversations needed to be opened up with people at the gallery. “We began with a deep listening exercise involving 300 employee interviews,” Centeno Milton said. She pointed out that these involved board members, those in leadership roles, youth artists and transformation consultants as well the heads of other Canadian museums. In addition, Area 17 sought the views of Justice, Equity, Diversity and Inclusion (JEDI) consultants, elders from indigenous groups and producers of visual art, too. According to Centeno Milton, this approach aimed to help the agency to better understand the museum’s desire to work with partners and how it would decolonise itself, perhaps by reframing their collection in new ways or by activating a greater sense of community belonging.

When they reviewed the previous branding the art museum had been using, it was obvious to Centeno Milton what her team needed to do. She said that one of the first decisions was to move away from a square logo, one that is angular, apart and separated, to a rounded one. According to the strategy director, a permeable circle, one that was rounded, dynamic, better connected and more inviting, was the perfect choice. She said that moving away from the linear form of the old logo – which was patriarchal and had a red-dominant visual identity – meant that her team was able to introduce a more circular one. “[This] matriarchal, dynamic identity,” she said, “was a must at the early stage of the rebranding project.”

With the project firmly underway with a new logo concept developed, some early ideas were shared with a committee of elders from certain indigenous communities in Canada. According to Area 17, this was when a breakthrough in the brand concept development came. Centeno Milton said that it was during one of these sessions that an Anishinaabemowin word – Ankosé – came up. Ankosé means ‘everything is connected’ in English and also translates well into French as ‘tout est relié’. With a single word, the trajectory of the entire rebranding exercise changed. According to those involved, the word encompassed the ideas the new brand concept was trying to convey but it created good straplines for the brand in both English and French, a must for a Canadian institution. Centeno Milton went on to say that from that point on, Ankosé – in the sense of connection and limitlessness – became the focal point that would henceforth be central to the gallery’s nascent visual identity.

As a result of adopting the Ankosé concept, the logo underwent a further change and became a circle that moved through various iterations. Elsewhere, the Ankosé concept helped to bring about a new colour palette for the gallery. “Red was too monolithic a colour,” said Benoit Lemoine of Area 17, a lead designer on the project. “We added some bright and vibrant colours that connected two different tones into one another.” According to him, the use of a gradient to bring these two shades together further reinforced the idea of connection through Ankosé. Furthermore, it was hoped that the colour palette would reflect the Northern Lights, offering an even greater sense of inclusivity. 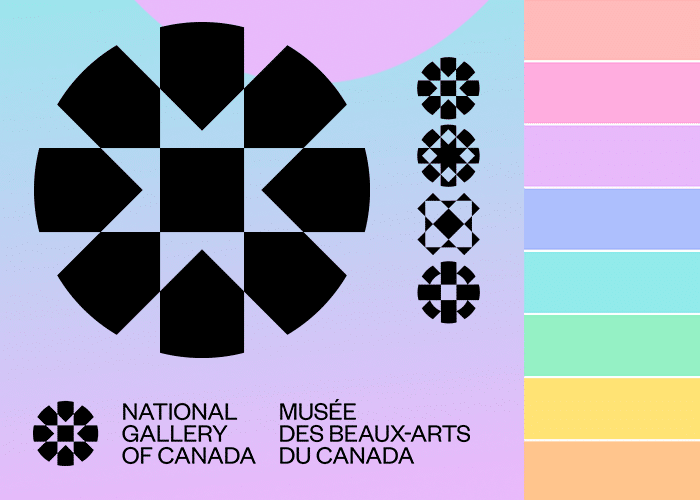 Sasha Suda, the National Gallery of Canada’s director and CEO, said that she thought the new branding moved the institution from a strictly Western view of the world, as represented by the rigid geometry of the old logo, to a place that is more comfortable drawing on the teachings of indigenous people. Writing on the museum’s blog, Suda said that everyone is connected to art and to one another. “One of our biggest priorities has been to expand our invitation and our welcome to more voices and visitors,” she said. According to Suda, the idea is to foster gallery space that enables greater connections among those the institution serves. And, in the director’s view, the new branding – in logo, colour palette and typography – helps the gallery to do just that.

Interested in Museum Branding – Read this article for more inspiration. 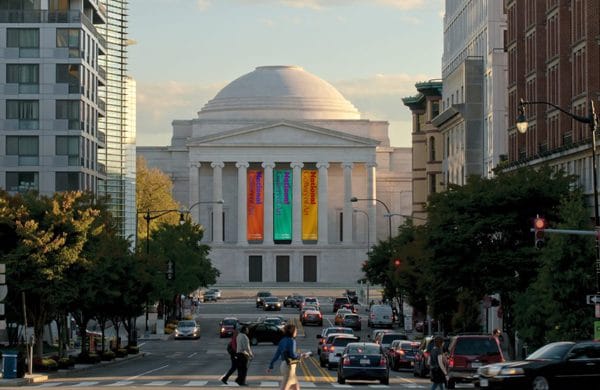 The National Gallery of Art, located in Washington DC, has rebranded as it reopens its doors to the public for the first time in months....