The odds of peaceful dialogue between North and South Korea were seemingly shattered last year when Pyongyang blew up a joint liaison office in its border city of Kaesong in protest at what it said was Seoul’s inability to prevent defectors from flying anti-regime propaganda over the border.

Yet despite this, just a few kilometres south east of Kaesong across the Imjin River, which flows from north to south crossing the infamous 38th Parallel, a cultural outpost has been created in the South Korean border city of Paju, which requires a military escort to visit. 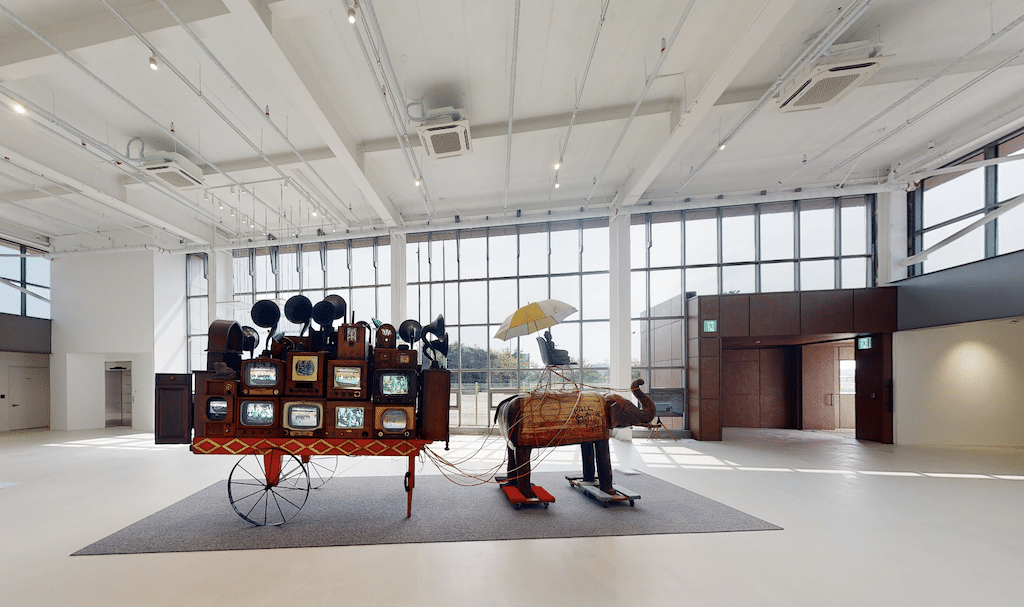 The UniMARU Art Museum has, out of a desire to create peaceful dialogue and possibly unification, emerged from the Korean Demilitarised Zone (DMZ) in the former Inter-Korean Transit Office and is part of a complex of five sites stretching along the border to form the DMZ Art & Peace Platform.

The bold project ‘for the creation of the cultural space for peaceful unification’ began in 2021 as a symbolic project of ‘Transforming the DMZ into an International Peace Zone’, which was agreed upon at the Inter-Korean summit at Panmunjom in 2018 headed by Moon Jae-in, President of South Korea, and Kim Jong-un, Chairman of the Workers’ Party of Korea and Supreme Leader of North Korea. 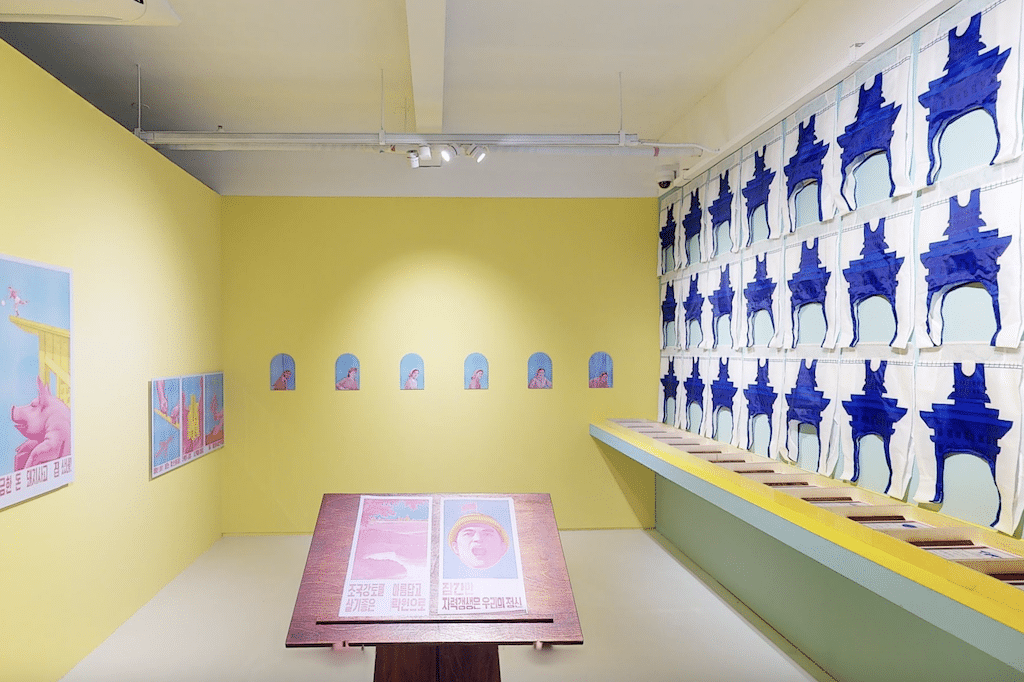 It has recently completed its first exhibition 2021 DMZ Art & Peace Platform with 32 artists hosted by the Inter-Korean Immigration Office of the Ministry of Unification (an executive department of the South Korean government aimed at promoting Korean reunification) with the support of the Inter-Korean Transit Office (IKTO).

The museum is the brainchild of Kihyeok Kim, General Director of IKTO who says his journey began 10 years ago when he visited the abandoned building that had once been used as a transit office to the Kaesong Industrial Complex.

“The process of regenerating an art space and creating the DMZ Art & Peace Platform after coming to the Inter-Korean Transit Office in Dorasan, Paju felt like destiny to me,” he said.

DMZ – symbol of division and confrontation 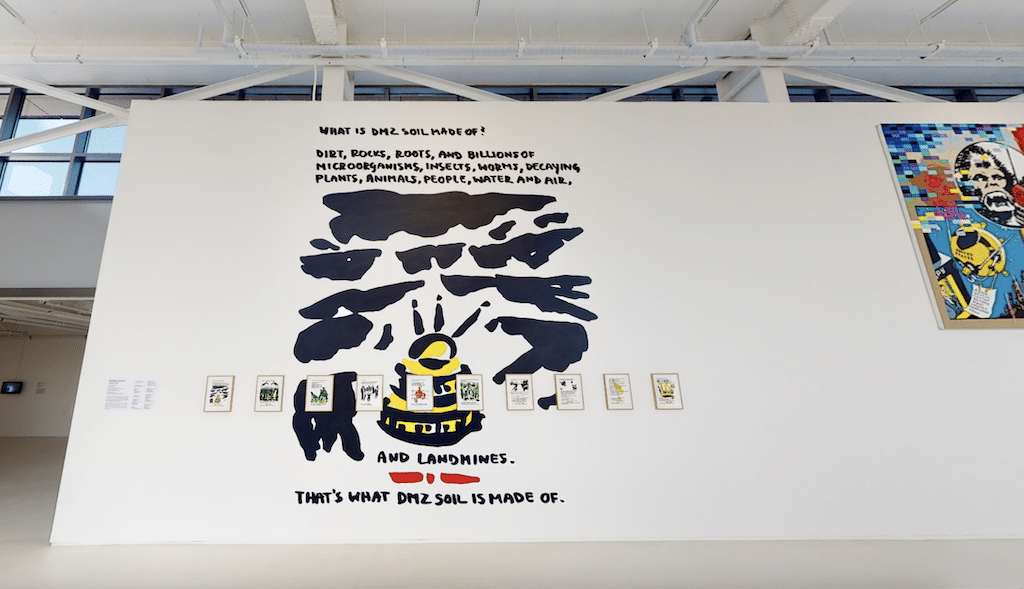 Marjetica Potrc, What Is DMZ Soil Made Of?, 2021. Courtesy of the artist and Galerie Nordenhake, Berlin/Stockholm/Mexico City

“The DMZ holds various meanings, such as being a symbol of division and confrontation while being a thriving ecosystem, but it is now reborn as a place for beauty and peace: a cultural space for peaceful unification.

“It is intended to be used as a space for South and North Korea to hold art festivals and various social gatherings together in the future.

“I would like to thank and congratulate the Cultural Cooperation Team and the entire Inter-Korean Transit Office staff for taking on the historic task of making the DMZ a beautiful, peaceful space and returning it to the people.”

Kihyeok paid particular thanks to Professor Hyunjun Mihn – an architect who worked on modern building of the National Museum of Modern and Contemporary Art in Seoul – who he says ‘performed the magic of reinventing the former transit office (Chulgyeongdong) into the beautiful UniMARU art museum’.

“I look forward to the day the empty frames installed at the centre of UniMARU are filled with beautiful artwork from North Korea.” 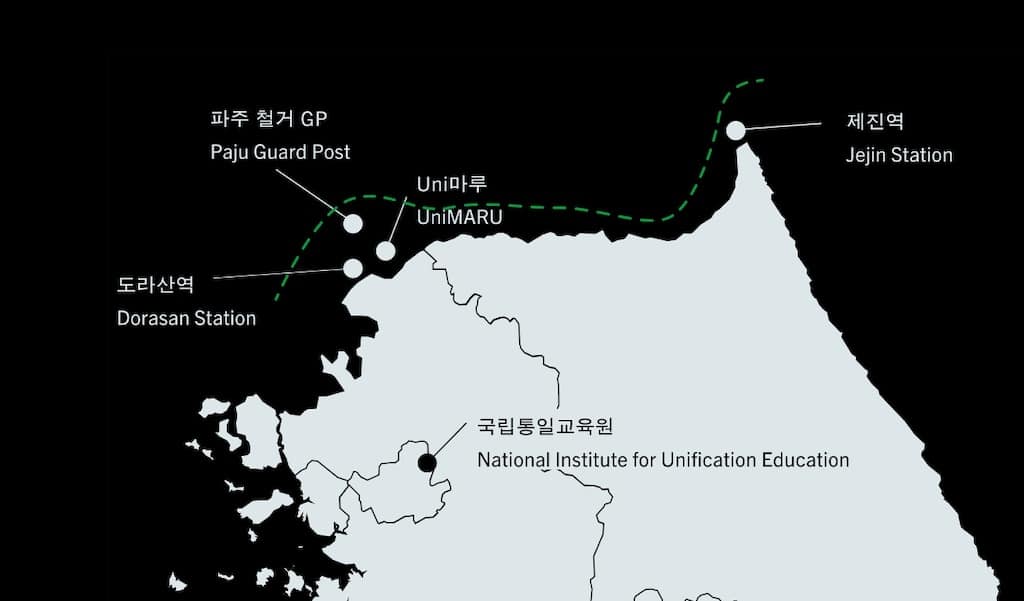 The DMZ is a fortified border barrier instituted by the Korean Armistice Agreement of 1953 and has left the North and South divided for decades since the Korean War (1950-1953).

This extensive 150 miles long and 2.5 miles wide border spans the Korean Peninsula, with concertina wire fences on both sides. It is a physical scar left on the land, a place where the brutal memories of war linger but are also redefined. 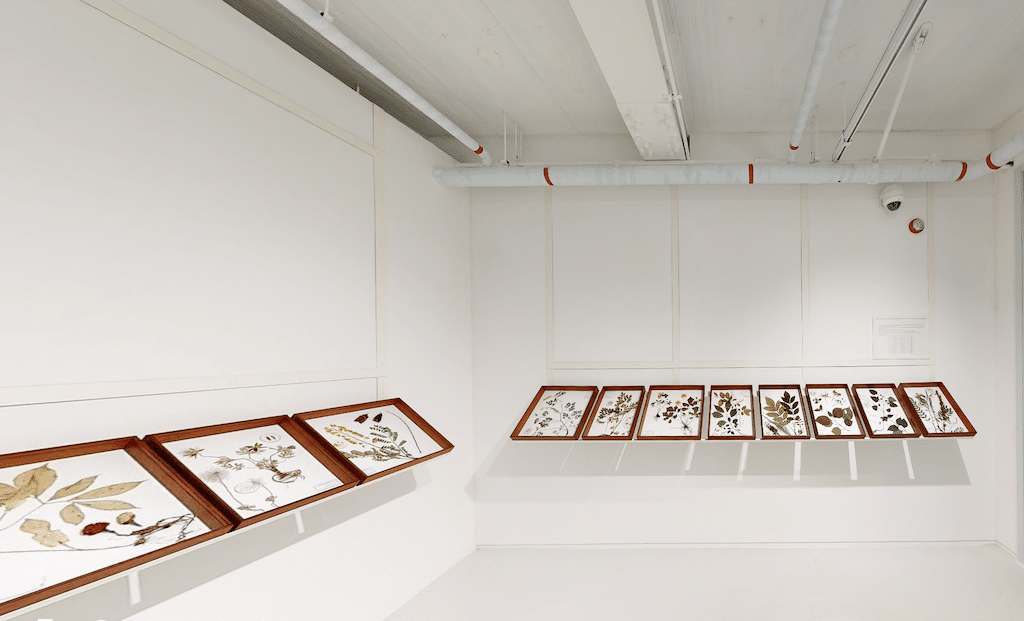 Civilian entry into the DMZ is limited for safety reasons, and the decrease in human activity has naturally preserved the region’s ecosystem.

However, the numerous undiscovered landmines in the DMZ still pose a real threat in the seemingly peaceful landscape.

“This exhibition attempts to construct peace and ecology zones in order to re-envision Korea’s DMZ, which is currently a symbol of division and war,” says Yeon Shim Chung, Artistic Director.

“It also seeks to establish art communities in the DMZ to commemorate the painful memories of the past.” 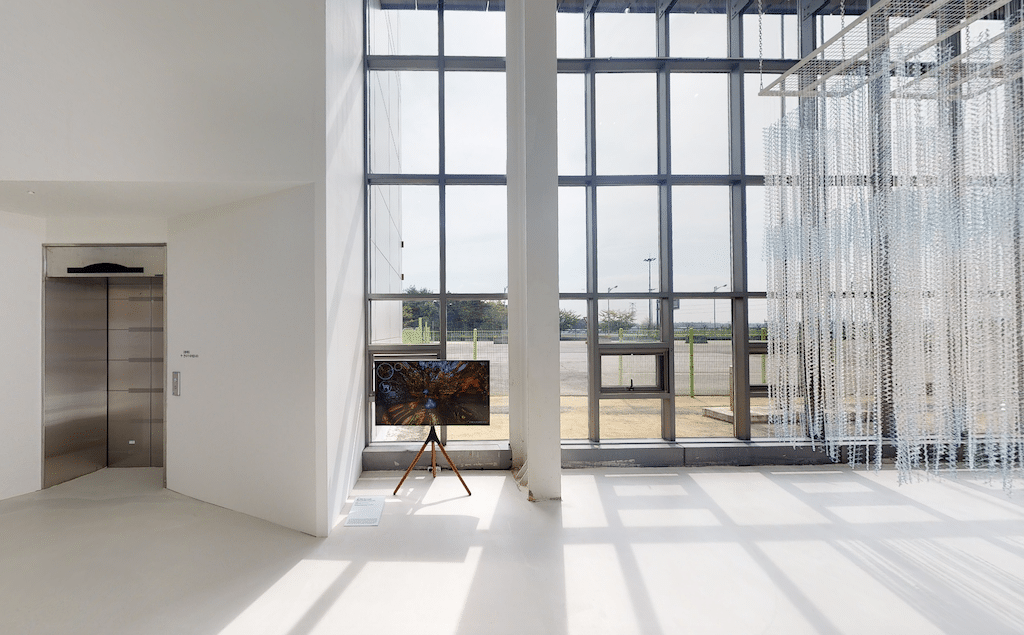 Sulki and Min , here/Here, 2021. Single-channel video projection. And to the right Sungmi Lee, Invisible and Visible, 2021. Both commissioned by the Inter-Korean Transit Office

The 2021 DMZ Art & Peace Platform occupies five different venues in and around the DMZ: UniMARU, which is located within the Inter-Korean Transit Office; Dorasan Station and Guard Post in Paju City; Jejin Station in Goseong County; and the National Institute for Unification Education in Seoul.

Of these, UniMARU is a special art space newly renovated by leading architect Hyunjun Mihn in spring 2021.

Its name is formed from the words unification and platform (maru in Korean), which describe its aim to transform the former Inter-Korean Transit Office building (entry-exit control office) into a platform for unification.

“Each exhibition site embodies the concepts of unification and peace, ecology and sustainability, connection and solidarity, interaction and expansion,” says Yeon. 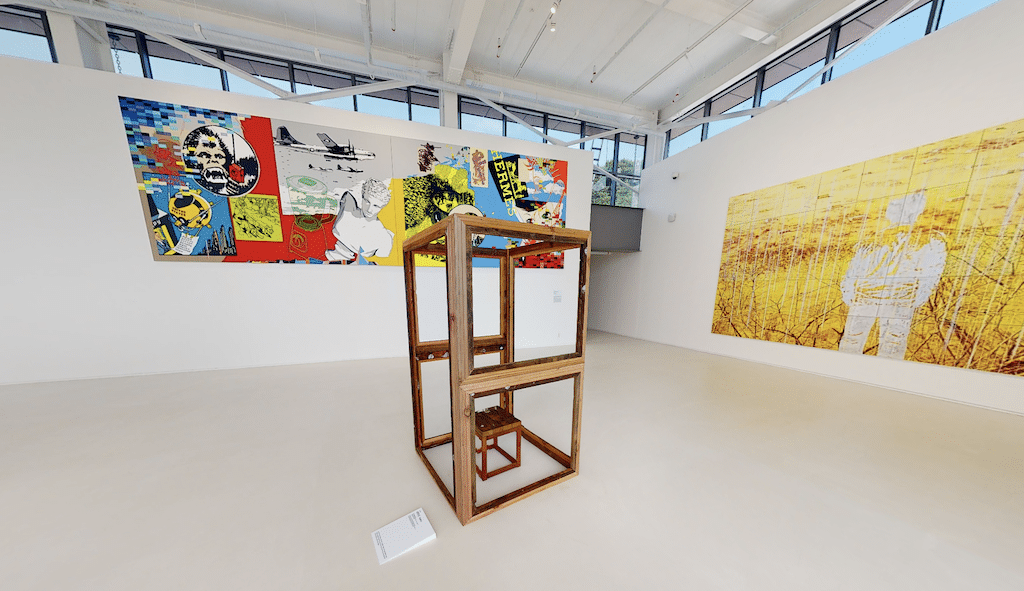 The DMZ Art & Peace Platform ranging from the west coast of Paju to the east coast of Goseong is now global, going beyond borders via an online platform.

Thirty-two acclaimed South Korea and international artists have participated in the first the exhibition 2021 DMZ Art & Peace Platform, highlighting narratives of the DMZ’s past, present, and future, transforming the zone into a new “contact zone” – a borderless peace zone.

“Participants feature diverse subjects such as ordinary people and their daily lives on the border between South and North; the “deferred memories” of displaced people and the war images, represented by Millennials, Generation Z, and the post-war generation that did not live through the Korean War; invoking the names of endangered species to heal spirits; pondering the coexistence of environment and technology during the pandemic and climate crises,” says Yeon. 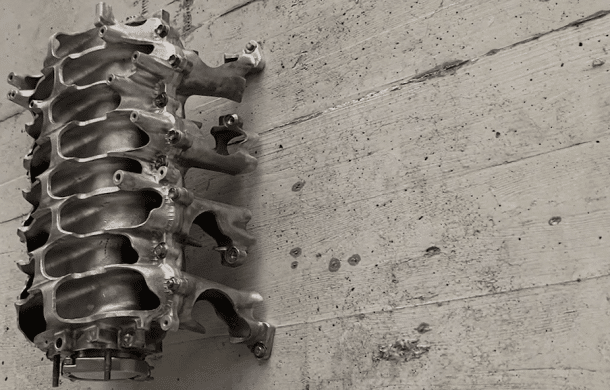 The International Red Cross and Red Crescent Museum in Geneva and the Climate Centre, which helps the Red Cross Red Crescent Movement worldwide address the humanitarian... 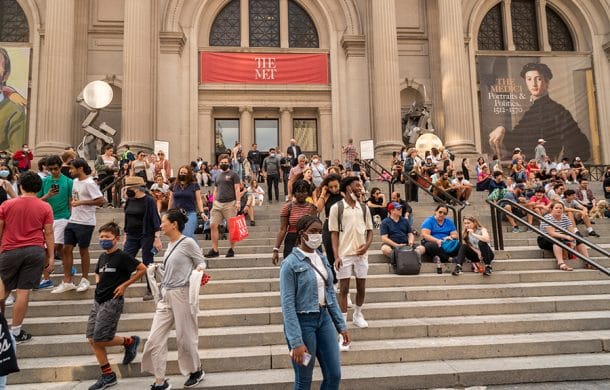 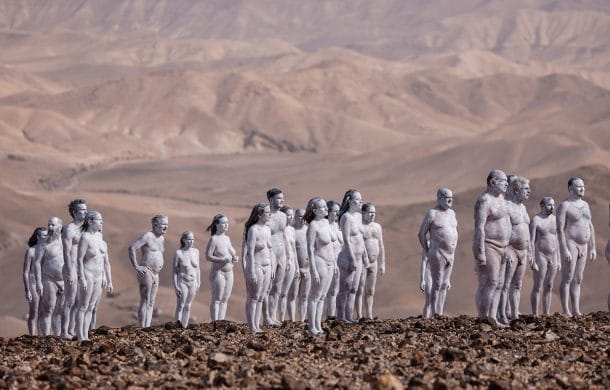 American photographer Spencer Tunick returned to the Dead Sea at the weekend to photograph 200 naked participants near the city of Arad to raise awareness...