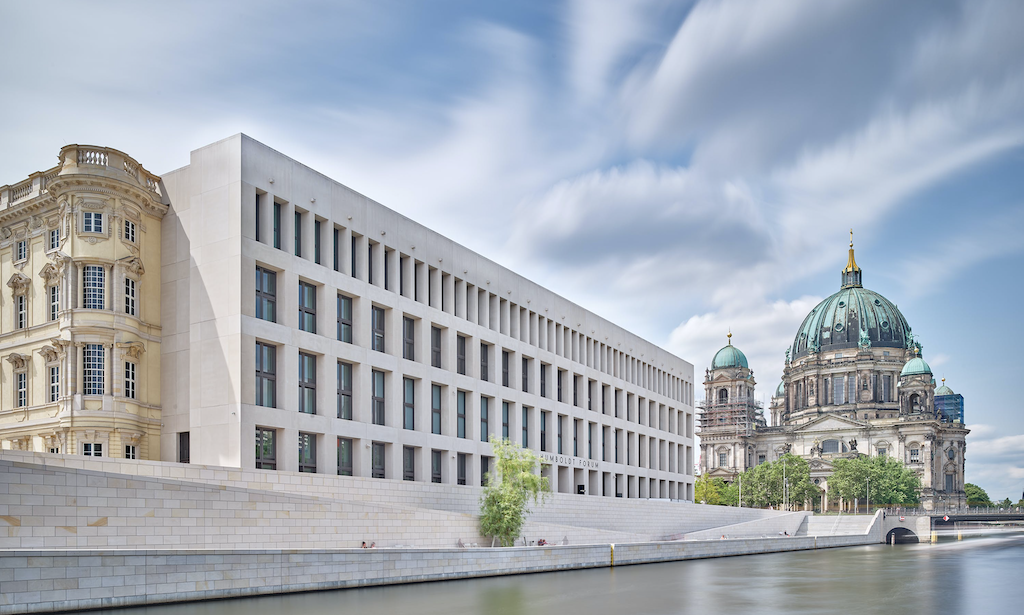 When visitors enter Berlin’s Humboldt Forum today they will be confronted by a new way of interpreting the institution’s large collection of colonial-era art as it deals head on with its controversial history.

More than 20,000 objects, many of which were forcible taken during colonial expansion, will go on show to the public today at the Humboldt Forum and will be described with multiple perspectives including interpretations from members of the societies of origin.

In our view, it is indispensable for good museum practice to deal with the acquisition histories and the meanings of objects, in transcultural cooperation and with respect for non-European perspectives and concerns

The Humboldt Forum in Berlin is a new national museum centre combining the collections of the Museum für Asiatische Kunst (Asian Art Museum) and the Ethnologisches Museum (Ethnological Museum), which has an estimated total of 500,000 objects in its collection.

Museum leaders say they acknowledge a large part of the objects now on display at the Humboldt Forum came to the city at the time of European expansion and colonisation and they had to deal with this heritage in a respectful and just manner. The museum leaders say the objects will be displayed in a much more inclusive manner than they had been previously and will be presented or commented on from a range of different perspectives. 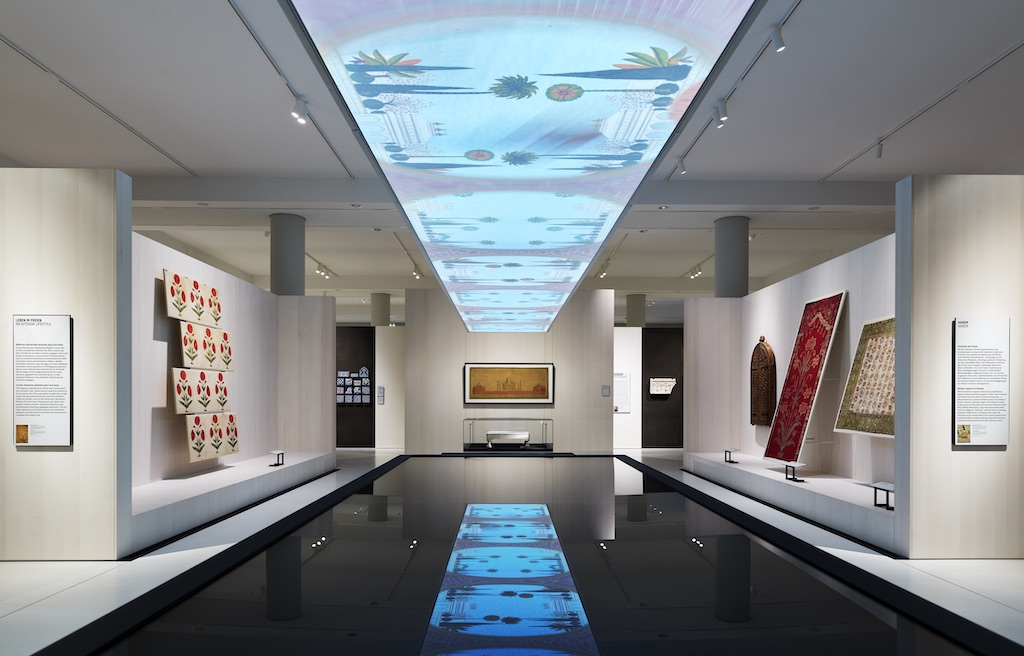 “Many feature specially commissioned responses from contemporary creative figures, including architects, designers, artists, filmmakers, and composers from countries and societies of origin, enriching the understanding of the works for a modern audience,” it says.

The Humboldt Forum is one of the largest cultural developments in Europe built at an estimated cost of €680m and has been developed over the past decade on a key historic site at the heart of Berlin at the crossroads connecting the Brandenburg Gate and Alexanderplatz.

The displays in the permanent collection are supplemented by interdisciplinary, scientific ‘viewing windows’ created by the Ethnological Museum and the Asian Art Museum in cooperation with the Natural History Museum Berlin and the Botanical Garden, Botanical Museum. 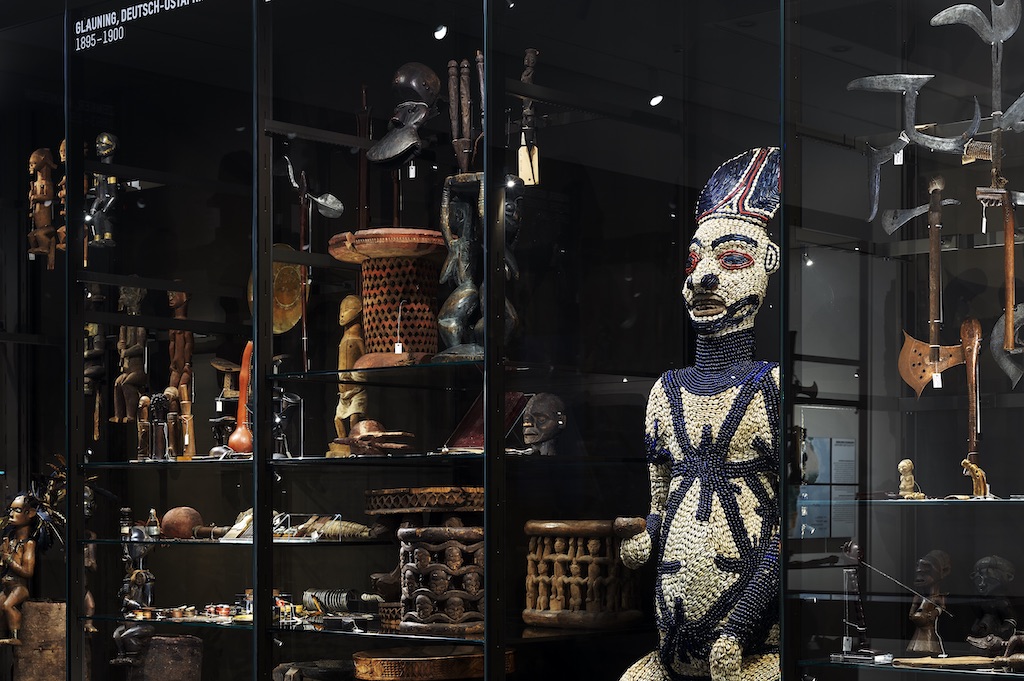 This new approach to the interpretation of some of the more contentious collections is a further move by German cultural organisations to recognise the origins of their objects, to represent them in context with their peoples and enter negotiations on repatriation.

In March the Stifung Preußisher Kulturbesitz (SPK) – Prussian Cultural Heritage Foundation – opened talks with Nigeria to repatriate its collection of Benin Bronzes to the Edo Museum of West African Art that is being developed in Benin City. These objects will be displayed for the last time in spring 2022 before being repatriated in the summer. 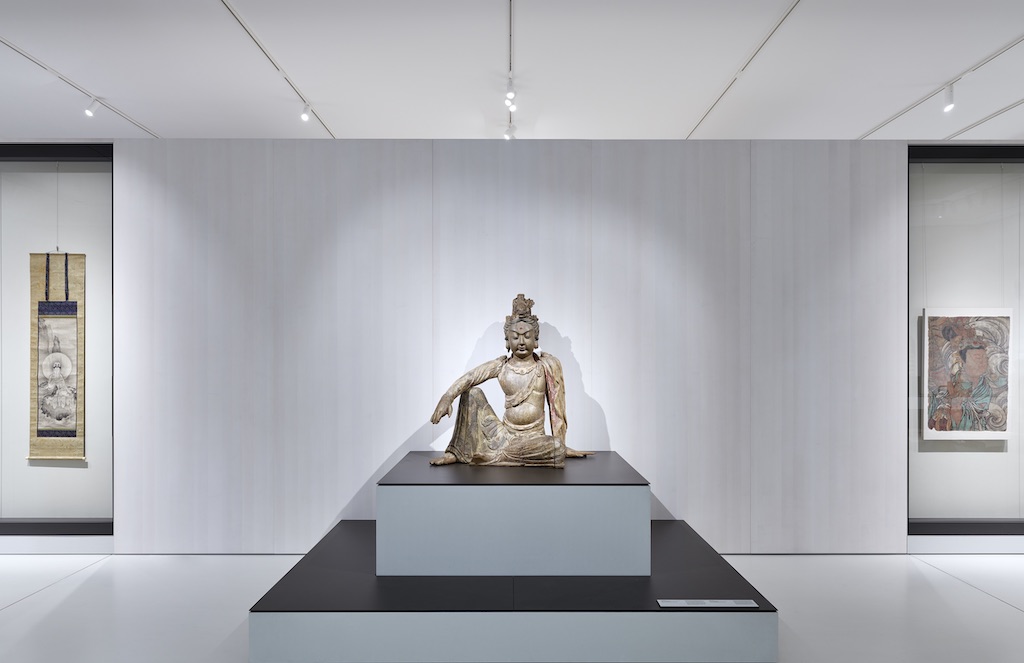 Bodhisattva Avalokiteshvara in the water-moon pose (China, Song Dynasty, 960 – 1279) in the module “Art and Cult. Sacred Art in China and Japan ”by the Museum of Asian Art in the Humboldt Forum © Staatliche Museen zu Berlin / Humboldt Forum Foundation in the Berlin Palace / Photo: Alexander Schippel

Hermann Parzinger, President of the SPK, said the collections would be presented to the public with multiple perspectives and ongoing collaboration with the countries and societies of origin.

“The original idea of the Humboldt Forum was to create a place for visitors to learn more about the world and, at the same time, to reflect on themselves,” he said. “In doing so, we take responsibility for the collections’ history, including their connections to colonialism, by revealing the objects’ backgrounds.”

Of central importance, he adds, is the ever-growing number of collaborations with partners all over the world who have assumed curatorial roles and from whom we continue to learn.

“The ongoing process of such cooperation must be an integral part of the Humboldt Forum – this is the only way to we can take advantage of this great opportunity to develop a completely new relationship with the global South through the power of culture.”

The museum’s collections date back to the time of the Royal Kunstammer (cabinet of curiosities), which in the 19th and 20th centuries were substantially expanded through colonisation.

The Humboldt Forum has set a very clear plan of how it intends to deal with the non-European objects in its collection, which involves transcultural cooperation and post-colonial provenance research.

Since 2019 the collections have been researched intensively by four specially employed provenance researchers from Berlin’s Central Archive who also carry out transcultural projects.

The question the new museum centre has been asking is how to deal with this heritage in a respectful and just manner with descendants of the originators and other stakeholders having their say.

“[It] is one of the central and controversial topics of the Humboldt Forum – in recent years the SPK has developed basic institutional approach to this issue. In our view, it is indispensable for good museum practice to deal with the acquisition histories and the meanings of objects, in transcultural cooperation and with respect for non-European perspectives and concerns,” says the Forum’s statement on Dealing with non-European objects.

It defines societies of origin as the creators, users and prior owners of the objects held at the museum, as well as their ancestors and other people linked to the collections through their history and cultural practices. They say partners from the Amazon, Nigeria, Nagaland, Namibia, North America, the Syrian diaspora and Tanzania are among the people who have been included in the processes of knowledge production and dissemination of the new displays as well as the storage and conservation of the existing collection.

“So far, the Western and, above all, academic view of the objects has been the dominant one. This is a result of disparate power relations, considering that the museum appropriated a large part the objects under colonial conditions and structured them to Western knowledge practices. It is therefore inevitable that the prerogatives of interpretation and the rights to control the objects will have to be renegotiated, and the Ethnologisches is proactively pursuing these negotiations.”

The provenance researchers say the combined collections of the Asian Art Museum and the Ethnological Museum are an important starting point for the discussion of new forms of ‘global knowledge production’ and the processes of recognising unequal historical distributions of power that continues throughout the world today.

Debate about museum provenance and repatriation 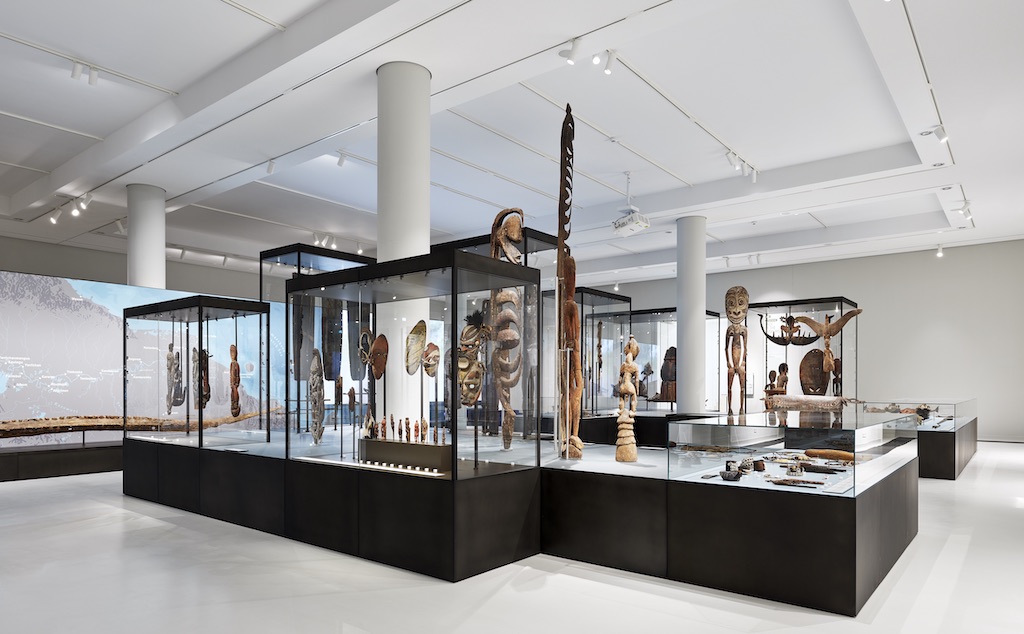 The debate about museum provenance and repatriation has intensified in the past decade with many organisations invested in its research and implementation.

Professor Khadija von Zinnenburg Carroll, Chair of Global Art History at the University of Birmingham, who specialises in problems of restitution, indigenous heritage, and colonial museums from the 16th century, says the SPK’s approach would be a good model for other museums to follow.

Prof Carroll secured a €2m grant from the European Research Council’s Horizon Programme in 2020 to explore: Artistic Research in Museums and Communities in the process of Repatriation from Europe.

She says the release in 2018 of the Sarr Savoy Report crystalised the debates that had been moving with increasing urgency in museums and international relations of restitution and repatriation.

Prof Carroll has subsequently set up the REPATRIATES project, which is bringing together internationally art-based research actions that respond to repatriation, to learn from exchanges between French, German, Austrian and British institutions and stakeholder indigenous communities.

REPATRIATES examines how contested objects – the ownership of which may remain unclear – can be exhibited sensitively. It also develops strategies for making artistic responses to this material and proposes options for the decolonisation of cultural property.

“This research hopefully will aspire to shape a pan-European response to the complex political, historical, legal, and affective dimensions of the repatriation of cultural assets,” she says. “The work of the provenance experts within the SPK aims at crossing the ontological divide and becoming open to returns and reparative justice in the form of repatriations and support for contemporary art.

“In principle what is laid out in their opening statement would be a good model for museums to follow (and reflects the current debate, as our REPATRIATES project also outlines), especially if they can enact it entirely along the ethical lines they have wisely set themselves.” 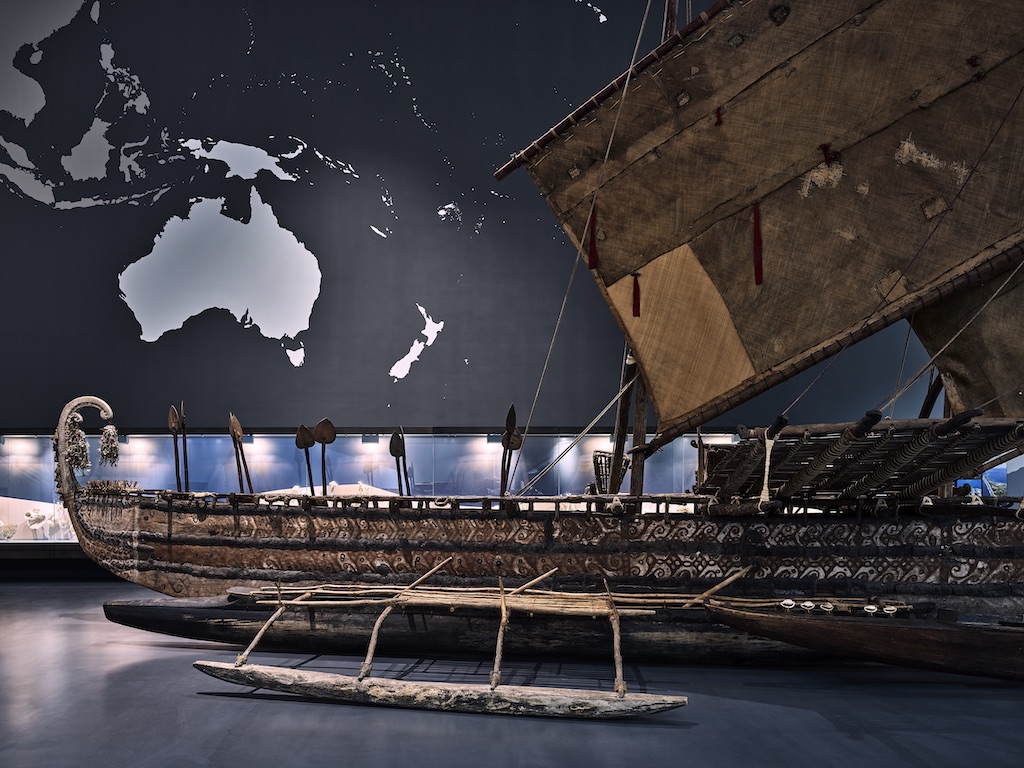 The exhibition of the objects is arranged in geographical regions and within these are 40 exhibitions curated by themes.

One of the most contentious objects on show – in the Oceania: People of the Sea gallery – is the Outrigger boat of Luf Island, which today is part of Papua New Guinea. The following text is from the interpretation now presented to visitors.

This outrigger boat originates from Luf Island, which today belongs to Papua New Guinea. In 1881, the trading company Hernsheim & Co built a trading station on the island. The population resisted. At the instigation of  Hernsheim, in 1882/83 soldiers  of the Imperial German Navy attacked the island with a “punishment detachment”, destroying a large number of buildings and boats, killing inhabitants and plundering the villages.

The building of this big outrigger boat began eight years after this attack. It is said that the men in it wanted to bury their recently deceased leader Labenan at sea. However, this didn’t happen because there were too few of them to get the enormous boat onto the water. Through diseases that were introduced and the consequences of the military attack, the population decreased dramatically.  For the next few years, it remained in the boathouse, deprived of its purpose.

In 1903, it was acquired by Max Thiel von Hernsheim & Co and sold to the Ethnological Museum in Berlin. The circumstances of the acquisition of the boat on Luf are not documented.

The building and acquisition of the boat are accompanied by a media station in the Oceania: People and the Sea gallery with interviews with Papua New Guinea film maker Martin Maden and Luf island inhabitants.

This interpretation is a step in the right direction to addressing how the boat was looted rather than acquired peaceably, and opens the way for negotiations on its future. However, with just 20,000 objects researched and presented in this way and a further 480,000 objects in the collection, this is just the beginning.

As the researchers from Berlin’s Central Archive say: “Provenance research is an enduring and sustainable task for museums and will play a significant role in determining how collections are treated in the future.”

The Humboldt Forum galleries open to the public from today (23 September) and entrance is free. 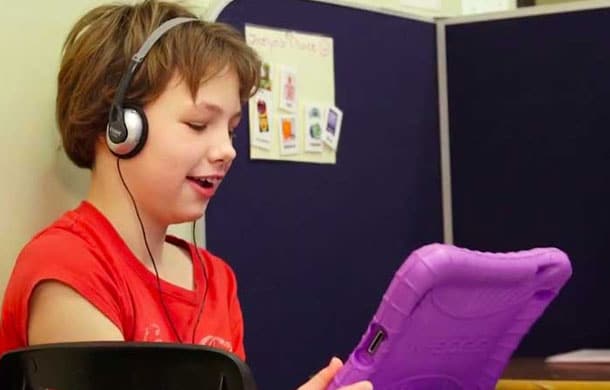 The Chicago company opening museum doors to people with autism

A visit to a museum can be challenging for a person with autism. People on the spectrum interact with the world in a different way.... 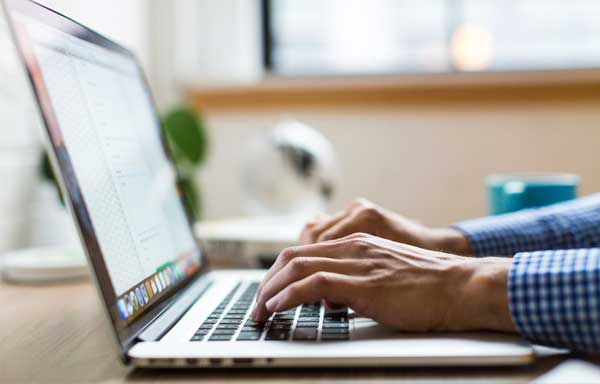 As I type this, I’m picturing you as a wild animal, perhaps a hungry leopard. I watch you prowl through the African savannah. You’re on... 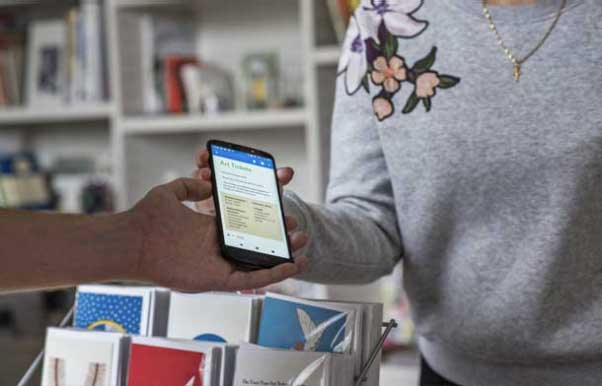 Art Tickets is the only free ticketing system built by museums, for museums. Run by Art Fund over the last 12 months it has helped...