On 8 July 2019 the Rijksmuseum started Operation Night Watch. This is the biggest and most wide-ranging research and conservation project in the history of Rembrandt’s masterpiece. The goal of Operation Night Watch is the long-term preservation of the painting. The entire operation will take place in a specially designed glass chamber so the visiting public can watch and will be streamed live online. 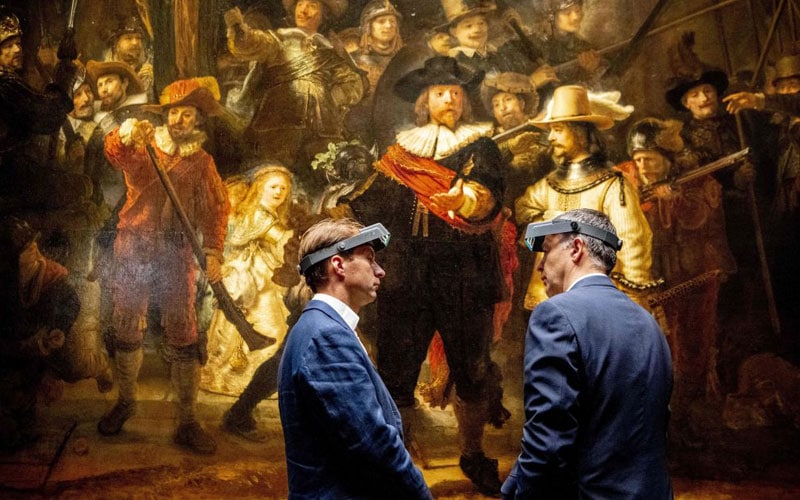 Never before has such a thorough investigation been made of the condition of The Night Watch. The latest and most advanced research techniques will be used, ranging from digital imaging and scientific and technical research, to computer science and artificial intelligence. The research will lead to a better understanding of the painting’s original appearance and current state, and provide insight into the many changes that The Night Watch has undergone over the course of the last four centuries. The outcome of the research will be a treatment plan that will form the basis for the restoration of the painting.

“We’re about to embark on the biggest and most innovative restoration in the museum’s 219-year history,” said Taco Dibbits, general director of the Rijksmuseum. “The Rijksmuseum continually monitors the condition of The Night Watch, and we’ve discovered that changes are occurring, such as blanching on the figure of the dog in the lower right of the painting. To gain a better understanding of its condition as a whole, the decision has been taken to conduct a thorough examination.”

Operation Night Watch will pose some fundamental questions. How was the painting made? What was the original appearance of the painting intended by Rembrandt? What is the current condition of The Night Watch? What type of paint alterations have taken place and why? The search for these answers will unfold in full view of the watching world, with visitors being able to see the scientists up close.

The 12,500 photographs being taken will have a resolution of 5,430 dpi. Special scanners will be used to look into the cracks and crevices, while the pigments will be examined at a nano level using a hi-tech laser. The resulting images will be available to the public so they can help validate the data.

“We’re about to rock the world of paintings conservation and do things that have never been attempted before,” said Robert van Langh, the Rijksmuseum’s head of Conservation and Science. “First of all, we need to find out what we’re up against.”

During the research phase The Night Watch will be unframed and placed on a specially designed easel. Two platform lifts will make it possible to study the entire canvas, which measures 379.5 cm in height and 454.5 cm in width.

Researchers will make use of high resolution photography, as well as a variety of advanced imaging techniques, such as macro X-ray fluorescence scanning (macro-XRF) and hyperspectral imaging, also called infrared reflectance imaging spectroscopy (RIS), to accurately determine the condition of the painting.

The Night Watch will be scanned millimetre by millimetre using a macro X-ray fluorescence scanner (macro-XRF scanner). This instrument uses X-rays to analyse the different chemical elements in the paint, such as calcium, iron, potassium and cobalt. From the resulting distribution maps of the various chemical elements in the paint it is possible to determine which pigments were used. The macro-XRF scans can also reveal underlying changes in the composition, offering insights into Rembrandt’s painting process. To scan the entire surface of the The Night Watch it will be necessary to make 56 scans, each one of which will take 24 hours.

Operation Night Watch is for everyone to follow and will take place in full view of the visiting public in an ultra-transparent glass chamber designed by the French architect Jean Michel Wilmotte.

The Rijksmuseum has extensive experience and expertise in the investigation and treatment of paintings by Rembrandt. The conservation treatment of Rembrandt’s portraits of Marten Soolmans and Oopjen Coppit was completed in 2018. The research team working on The Night Watch is made up of more than 20 Rijksmuseum scientists, conservators, curators and photographers. For this research, the Rijksmuseum is also collaborating with museums and universities in the Netherlands and abroad, including the Dutch Cultural Heritage Agency (RCE), Delft University of Technology (TU Delft), the University of Amsterdam (UvA), Amsterdam University Medical Centre (AUMC), University of Antwerp (UA) and National Gallery of Art, Washington DC.

Rembrandt’s Night Watch is one of the world’s most famous works of art. The painting is the property of the City of Amsterdam, and it is the heart of Amsterdam’s Rijksmuseum, where it is admired by more than two million visitors each year. The Night Watch is the Netherland’s foremost national artistic showpiece, and a must-see for tourists.

Rembrandt’s group portrait of officers and other civic guardsmen of District 2 in Amsterdam under the command of Captain Frans Banninck Cocq and Lieutenant Willem van Ruytenburch has been known since the 18th century as simply The Night Watch. It is the artist’s most ambitious painting. One of Amsterdam’s 20 civic guard companies commissioned the painting for its headquarters, the Kloveniersdoelen, and Rembrandt completed it in 1642. It is Rembrandt’s only civic guard piece, and it is famed for the lively and daring composition that portrays the troop in active poses rather than the traditional static ones. 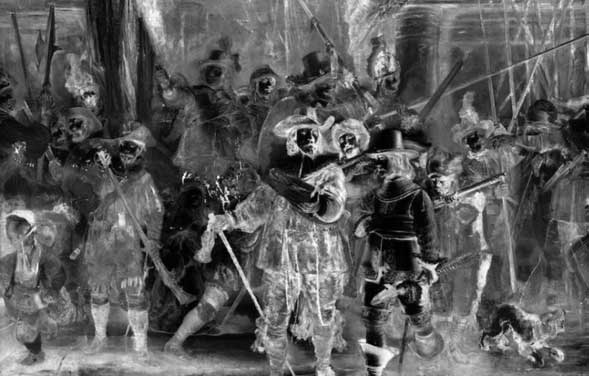 Operation Night Watch has seen a team of researchers working at the Rijksmuseum for the past two-and-a-half years, meticulously mapping Rembrandt’s The Night Watch using the most... 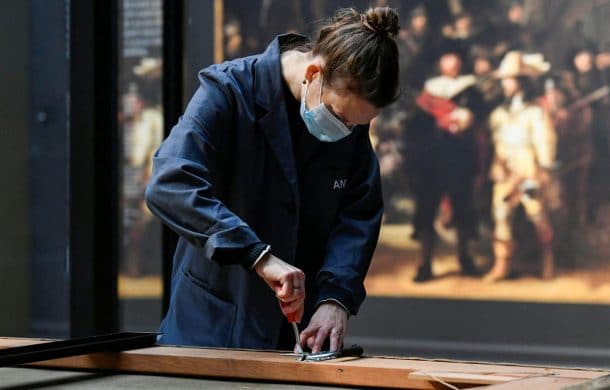