A picture that was discovered late last year has been finally established as a missing portrait by Gustav Klimt, the Austrian artist who is perhaps best-known as a symbolist painter. Now that its true identity has been conclusively proven by experts, it has attained a value that is expected to be in the region of £50 million. Bizarrely, the painting was discovered some 23 years after it was thought to have been stolen not far from where it was supposedly taken. Gardeners chanced upon the image, known as ‘Portrait of a Lady’, while they were undertaking routine maintenance work.

Klimt’s work was found in the cavity of a wall at the Ricci Oddi Gallery of Modern Art. The gallery, which is in Piacenza in the Emilia-Romagna region of northern Italy, had instructed its gardening team to remove some ivy that was growing up the side of the building. One of the walls that was cleared of the undergrowth had a small recess with a hinged door next to a downpipe. Following their work, it was able to swing open for the first time in years. When the gardeners took a look inside, they found the painting had been placed within it. Even more strange to many at the museum was the fact that the artwork had been supposedly stolen from the same gallery over two decades before. 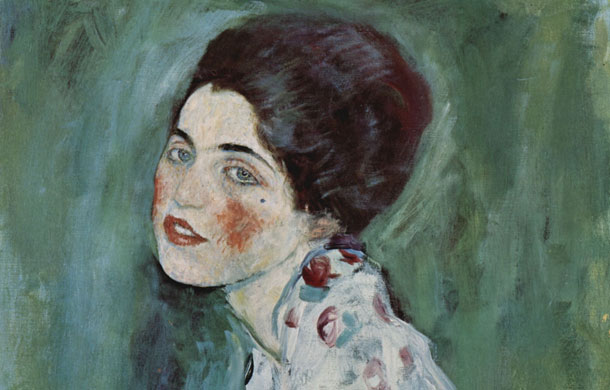 The theft of ‘Portrait of a Lady’ has always been something of a mystery before this turn of events. The painting had been apparently spirited away through a skylight at the gallery. The frame that the picture was mounted in was found on the roof of the museum, apparently abandoned by the thief. However, the authorities had always been puzzled as to how the painting had been lifted through the lantern roof because the image was thought to have been too wide for this to occur. With the mystery unsolved, few in the art world or the Italian police thought that the chances of recovering the work of art were high. That was until the gardening and maintenance team happened upon the picture.

Although some people immediately assumed that the thief had stashed the picture in the wall recess to return to at a later date, this did not explain why the frame ended up on the roof of the gallery. In addition, the apparently abandoned image was in relatively good condition for a painting that had received little protection from the elements for more than two decades. This led to an understandable amount of scepticism concerning the authenticity of the newly discovered image. Therefore, the museum’s curators decided to only confirm its true nature after some extensive test had been made on it.

“It is with no small emotion,” said Ornella Chicca, one of the lead investigators into the matter, “that I can tell you that the artwork is authentic.” Prosecutor Chicca said that further tests would enable her to determine whether or not the painting had been put inside the wall soon after it was removed from the museum’s galleries or if it had been stowed there at a later time. It is expected that the painting will then go back on display in its rightful place at the art museum.

To work out whether it was the authentic article or not, art experts looked at the painting under infra-red and ultraviolet lighting. The image had been subject to similar checks in 1996 after it was discovered that the artwork contained a second portrait under the first, a unique thing for any Klimt artwork. This allowed for a thorough determination to be made. “The correspondence between the images allowed us to [say that this is]… definitely the original painting,” said Guido Cauzzi, an expert who was involved with the assessment. ‘Portrait of a Lady’ was one of the final images to be created by Klimt who produced it only a year or two before the end of his life in 1918. 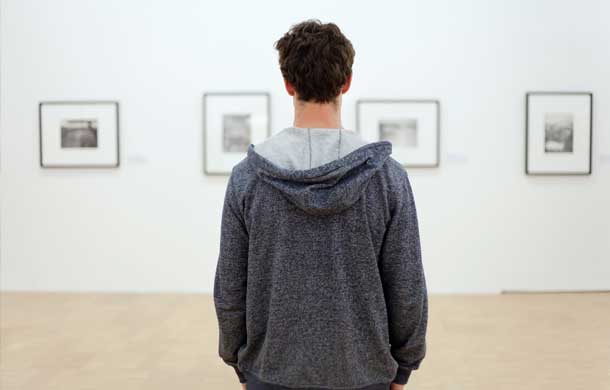 Several of the museums and galleries in Minnesota’s two major cities – Saint Paul and Minneapolis – have decided reject using just one language on...

London’s National Gallery has revealed that its recently acquired self portrait by Artemisia Gentileschi went on display at HMP Prison Send, a female prison in...