The Brontë Parsonage Museum which is maintained by the Brontë Society in honour of the famous literary family has secured a new gem in for its collection following the rare chance to purchase an original book by the eldest of the three sisters, Charlotte. The so-called ‘little book’ has already been described as one of the museum’s most treasured possessions because the previously unpublished tome gives a real insight into the burgeoning writer’s skill as she grew up in the parsonage of Howarth, in West Yorkshire, the home that is now the site of the museum itself. Following the Brontë Society’s successful bid in November at an auction sale in Paris, the tiny hand-written book will be able to take pride of place in the building where it was once penned.

The sale of Brontë memorabilia is not unheard of at auctions but the chance to acquire an actual first draft of a work, even one that dates back to the sisters’ childhood, is incredibly rare. As a result, the Brontë Society knew that it would face stiff competition from private collectors in order to purchase the manuscript. It is understood that the society paid €600,000 – close to its upper limit – for the rare book. However, it was only able to do so after it contacted Brontë fans who had registered with the organisation to request donations. These were forthcoming with people all around the globe pledging money toward the literary society’s acquisition fund.

The book, which is now valued at well over half a million pounds, is one of just six that were written by Charlotte during her teenage years. The writer, who would later go on to author one of the most famous novels in the English speaking world, Jane Eyre, wrote the little book by hand when she was only 14 years of age. It is part of a series of one-off literary works which the teenage writer referred to as ‘The Young Men’s Magazines’. Of the remaining five examples of her juvenile work in this miniature format, four are already in the possession of the Brontë Parsonage Museum. The final cost of acquiring the manuscript is not yet known because of the auction costs that are associated with the winning bid. That said, there is no danger of the society now missing out on the rare chance to bring the book into its collection.

The Brontë Society confirmed that it had only been able to make such a generous bid to the former owner to secure the book following its fundraising events, a campaign which lasted four weeks. A good number of writers, performers and philanthropists made donations during the course of the crowdfunding campaign as well as large numbers of relatively modest sums being added by ordinary people. Among the celebrity donors were the award-winning actress Judi Dench as well as the children’s author Jacqueline Wilson. The society revealed that it had expected the tome to fetch anything up to €800,000 when it was sold. However, when it finally went under the hammer, the museum was the last bidder with no other buyer left to push the price up any higher.

Following the sale at the Drouot auction house in the French capital, the diminuative book, which measures only 35mm by 61mm, will head to Howarth where it will rejoin the other examples of the known Young Men’s Magazines. The book is covered in tiny writing and resembles a handmade, if tiny, newspaper. It was written in 1830 along with the other six that were produced by the author in her young life. All five examples of the series that are known to have survived are now in the Brontë Parsonage Museum’s ownership. Although it is widely known that there were six in total, the whereabouts of the remaining one has been unclear since it went missing in the early 1930s. If that one ever comes to light, then it is highly likely that the society behind the museum will seek to acquire it, too.

“We were determined to do everything we could,” said Kitty Wright, executive director of the Brontë Society when speaking about the chance to bid at the Parisian auction house. “[We wanted]… to bring back this extraordinary exhibit to the Parsonage Museum,” she added. According to Wright, the society’s many members now cannot quite take in the fact that the book will soon return to the family home where Charlotte wrote it 189 years ago. Speaking of the fundraising campaign, the executive director commented that the Brontë Society had been ‘truly overwhelmed’ by the great amount of support that had poured in from Brontë fans from all over the world. She thanked everyone who had backed the campaign to bring the manuscript back to Yorkshire. “We can not wait to have it in place on public view with the others in the collection,” she said. 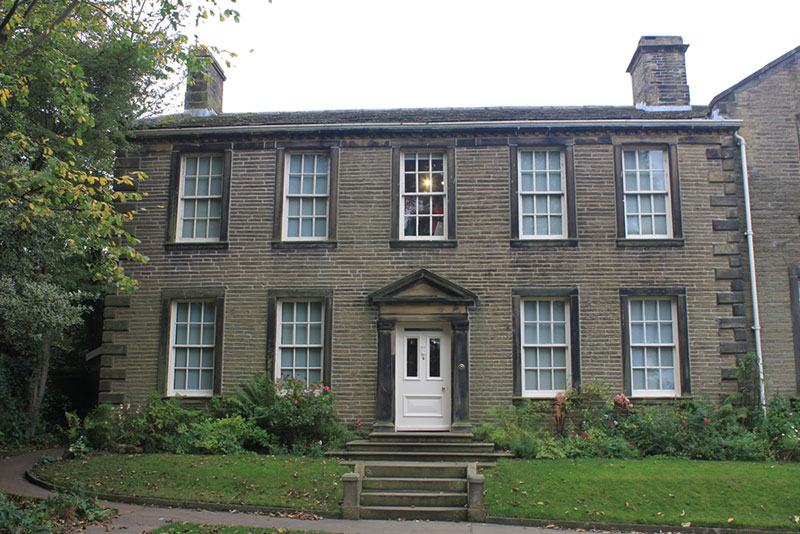 Ann Dinsdale, who is the principal curator at the museum, said that the unique manuscript making its way back to Howarth was one of the greatest highlights of her thirty-year long career working for the Brontë Society. “Charlotte wrote this minuscule magazine,” she explained, “for the toy soldiers that both she and her brother and sisters played with.” This particular iteration of the magazine series contains three stories, all produced in Charlotte’s distinctive hand. What is important for many scholars is the widespread agreement that one of the three tales in the manuscript appears to be a forerunner of a scene in her famous novel, Jane Eyre, which would be published under her nom de plume of Currer Bell in 1847.

Dinsdale went on to say that she thought it was ‘immensely fitting’ for the tome to be coming home and that it would now be possible for museum visitors to experience its presence in the same rooms that the author played and wrote in. “We’d like to say an enormous ‘thank you’ to every person who helped make it possible,” she said. 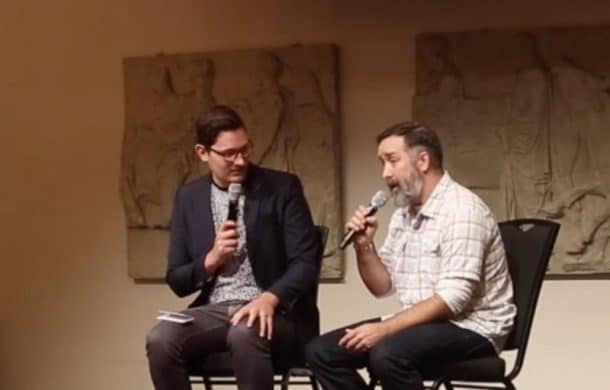