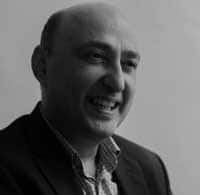 As we come to consider transmedia thinking as a possible way forward for the post COVID-19 museum, we have come to think of technology as the logical solution, or at least the main solution, for creative parallel albeit overlapping and complimentary worlds that make up a new museum universe. Few seem to consider the potential of food and the restaurant experience as being one of these parallel and overlapping worlds through which to engage with the museum albeit in new forms and ways. The question come almost natural to me – why not? 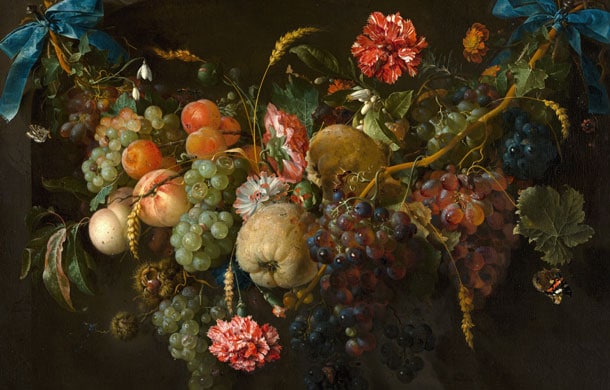 I have always been intrigued by the ways and means how the sense of taste can feature, compliment and articulate the museum experience. That is where food can be put to good use. This is where transmedia thinking can be taken beyond what has been so far understood to be the comfort zone that museums might be looking at or perhaps acknowledging.

Let me get the focus right. When we look at an apple or a carafe of fruit, as in the case of the hero image of this blogpost, we oftentimes recall the memory of taste, sound and other senses with the visual reading of the picture. We can experience the taste of grapes and apples in the picture, the texture of the leaves in contrast to the smoothness of the plate and the crunch of the apples as we bite into them and get to taste of the fruit through what we generally understand to be a semiotic experience. The image is but a signifier, standing for a specific object or idea which is in turn called the signified. In this case the image of the carafe of fruit, which recalls Michelangelo Merisi da Caravaggio’s famous carafe of fruit is a signifier of the artist’s famous painting which it emulates through the choice of fruit and vegetables in the carafe. In turn, the viewer’s knowledge luggage can make out the taste, texture, feel and the full experience of that fruit through the knowledge of having consumed it.

Visual consumption is key to understand the latest developments in this exciting new venture that museums had already marked upon in pre-COVID-19 times. The topic still holds much more potential for development. Besides the latest publication on the subject, which can rightly be considered to be a first, tentative and cautious approach to the relationship between food and museums there is, indeed, a list of ever-growing list food-inspired projects,  that certainly point in the right direction.

I do feel that there is much more potential for food in museums to be understood and developed through the lens of museum interpretation and access. This might still raise eyebrows from academic quarters, particularly in the case of the more conservative cohort. By time, and with the necessary dose of experimentation, this too can become much more mainstream and accepted. I live in the hope that the innovation that is continuously conceived on the fringes. In the meantime, these three projects can inform the way forward in various ways and degrees.

1. Food Bigger than the Plate — an exhibition at the Victoria and Albert Museum (London)

It goes without saying that an exhibition specifically dedicated to food should also feature gastronomy and this is a case in point.

Food Bigger than the Plate took visitors on a sensory journey through the food cycle, from compost to table, exploring how the collective choices we make can lead to a more sustainable food future in unexpected and playful ways. The well over seventy contemporary projects featured in the exhibition included new commissions and creative collaborations by artists and designers working with chefs, farmers, scientists and local communities. These also featured alongside 30 complementing objects from the V&A collections including influential early food adverts, illustrations and ceramics that provided historical context to the contemporary exhibits.

The experience extended well into the cafe area. A mushroom farm featured in the exhibition used fertiliser in the form of waste coffee grounds (a source of valuable nutrients) collected from the museum’s own cafés. The Oyster mushrooms that the farm produced were brought back to the cafe as  ingredients for a variety of dishes.

This project stands for one possible direction that the relationship between food and museums can take. In this case, the restaurant experience is an extension of the exhibition made the more easier by the choice of subject and focus areas. Indeed, the project can be described as a very good example of the ways and means how museum experiences can bring restaurants into a more holistic experience which I generally describe as a one weave approach.

You might think that the potential for food and culinary experiences to be woven into the museum narratives depends very much on the subject and choice of topic. Food related topics are a given in this respect but even design or contemporary art projects can work with food as a complementary experience.

This is the case of Olafur Eliasson, the Danish-Icelandic artist known for sculptures and large-scale installation art employing elemental materials such as light, water, and air temperature. In his latest retrospective exhibition project at Tate Modern in London, Eliasson took over the terrace bar rethought as an integral part of the exhibition space. The experience featured  a special menu created in collaboration with Tate Eats, the catering provider at the four Tate sites.

Eliasson rethought the restaurant through the lens of a display gallery and, in doing so, completely removed any distinction between the restaurant space and the more traditional museum space. Indeed, his project does confirm that food can also work in the case of a contemporary exhibition experience.

3. The Thyssen on a Plate — Museo Thyssen Bornmeisza (Madrid)

A few months ago in late 2018, the Thyssen-Bornemisza turned history around by commissioning 25 prestigious contemporary chefs to reinterpret  some of the museum’s most outstanding canvases. The replicas now feature in a luxury recipe book that holds potential to appeal both to art connoisseurs and lovers of haute gastronomy alike.

The project has been described as a reaction to cuisine as a visual art, and engaged with works by Dutch seventeenth century artists Gabriel Metsu, Willem Claesz Heda and Emanuel de Whitte in the Thyssen collection. The chefs’ recreated paintings into culinary art ready to be consumed.

The Thyssen Bornemisza project is the closest we get to exploring the potential of food as an interpretative medium with the potential of becoming an integral part of the museum visitor experience. Indeed, it assigns a palate of taste and visual cues to old master paintings much like the semiotic experience that the Caravaggio-inspired basket of fruit holds. The twenty five chefs participating in this project can be acknowledged as curators in their own right as they create their own personal interpretative take on the choice of paintings. Indeed, food can communicate and interpret an artwork much as a painting can communicate and present food as a subject.

These three projects stand for three possible developments that can bring food much more into the picture. The pun is certainly intended here, and I consider all three of them as success stories in their own right albeit in varying ways and means. What matters is that museums acknowledge and consider the potential that food holds through the lens of transmedia thinking and how this can also be one of the financial game-changers that museums are so much in need of now, more than ever before.

Indeed, transmedia thinking can go much more beyond the digital.

The original version was first published on The Humanist Museum

The Van Gogh Museum and the Drents Museum have jointly acquired an early painting by Vincent van Gogh: Peasant Burning Weeds from 1883. The work...