Reaching out to younger museum audiences

Concerned, as they are, with history and permanence, museums are not generally in the business of shaking things up. The idea of new blood – a youthful, invigorating force that can re-imagine an organisation – is not usually high on the Trustee agenda at established and venerable institutions. Big changes are often slow, perhaps almost generational, yet these same institutions are perpetually charged with attracting new and different types of audiences.

In fact, one of the most consistent themes of the past decade or so of museum funding, at least in the UK, has been the push for audience development: how to reach groups that have been underrepresented amongst museum visitors. One such group is young adults and one network of people outside the UK, Amsterdam-based n8, has taken great strides to address this, bringing young adults closer to the city’s museums whilst remaining independent of the institutions themselves.

Building gradually from the success of a late night opening of Amsterdam museums in 2000 (in text vernacular n8 would be pronounced as ‘nacht’, the Dutch for ‘night’), n8 became a non-profit organisation in 2003. ‘The idea initially came from a board of directors from Amsterdam museums who decided it was a good idea to set up a group that could connect the museums with young people in the city,’ says Sarah Berckenkamp, n8’s current project manager.

Attracting this younger adult audience is tricky. Cultural awareness and reflection with a historical perspective – the kind presented by most museums – is something that tends to develop with age. Young people, particularly 16-24 year olds, typically inhabit a different cultural field from older generations, consuming and producing material in different modes and with different perspectives.

Recognising this, n8 has developed a range of platforms for engagement and interaction between Amsterdam’s museums and its younger citizens, targeting in particular the city’s creative sector. As well as the Museum Night, n8 programmes and promotes Nacht Salon, another late night event that takes place in just one museum – a different one each year – and features a specially selected programme of workshops, music, talks, tours, films and installations, all served up with a bar running into the small hours.

With its later night and culturally youthful programming, the Nacht Salon attracts an even younger audience than the main Museum Night, with an average visitor age of just 23. To make these events successful, the museums have to relinquish control of their spaces for the duration of the night, allowing n8 to use the museums in ways they think will appeal to their network of young people. ‘The museums have come to trust us to run these nights well – you have to be trusted to do something like this. But we do build the programme around the collections and exhibitions of the host museum, working with the curators on ideas,’ says Berckenkamp.

In another strand, called n8pro, the organisation offers Amsterdam’s museums 20 young professionals, aged 18-28 and drawn from outside the museum sector, as consultants on reaching younger audiences. This ‘cultural advice’ is richer than an ad hoc focus group, but remains drawn from outside the institutions themselves. With a keen awareness of the cultural make-up of Amsterdam’s young adults, the n8pro network can advise on things such as communications, web strategy, programming and public outreach.

Online initiatives from n8 include regular blogging and Nachtgeluiden, or Night Sounds, an mp3-based platform allowing people to record their personal responses to museum objects and exhibitions and upload them for others to listen to and share. ‘We want the museums to get to know and understand the world of young people and we want to get these young people to get to know their museums,’ says Geer Oskam, n8’s previous project manager. ‘I ask my friends what they read or which websites they visit and we try to make a connection with [those media rather than] advertise. We don’t have a lot of money and we don’t read a lot of advertisements ourselves.’

Because no one at the foundation stays longer than three years, Oskam has now moved on from n8, replaced by Berckenkamp. New blood is built into the n8 personnel structure from the very beginning, with more experienced members handing over the reins to younger recruits. And although n8 staff and contributors are interested in and passionate about museums, they are not already museum professionals. In these ways, n8 ensures that its rolling programme of activities continues to be drawn from, and developed for, the young people that the group was set up to reach. 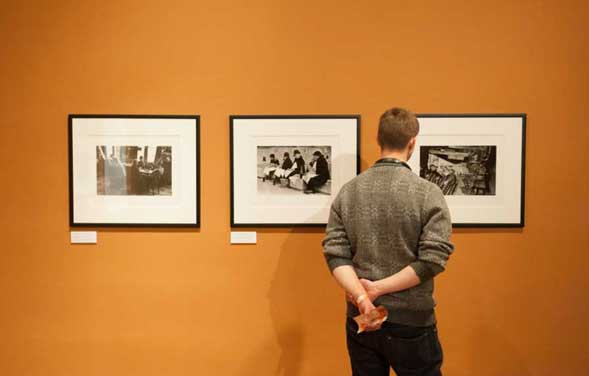 By November 2020 internet sales accounted for 36% of retail in the UK, compared to 19.1% in February 2020. While internet sales, predictably, peaked during national...