In Conversation with Shelley Bernstein

Shelley Bernstein is a renowned digital leader who tirelessly pushed the boundaries and challenged the traditional way of doing things with her groundbreaking work as Vice Director of Digital Engagement & Technology at the Brooklyn Museum. In 2016 she moved from Brooklyn to Philadelphia where she joined the Barnes Foundation as the Deputy Director of Digital Initiatives and Chief Experience Officer.

MuseumNext’s Jim Richardson caught up with her in Philadelphia.

Jim: You joined the Barnes last year, can you tell us something about the museum?

Shelley: The Barnes was founded in 1922 by the collector, Albert Barnes, and it’s known for one of the greatest collections of post-impressionist art in the world. Five years ago the facility moved from the suburbs directly into the heart of Philadelphia on the Benjamin Franklin Parkway. Now our big challenges are gaining awareness about who we are, what we do, and working to expand our audiences to be more reflective and inclusive of Philadelphia as a whole.

Jim: You produced some amazing work at the Brooklyn Museum, what was it about the Barnes that really made you think this was the place to take your next step?

Shelley: The work that our director, Thom Collins, wanted to accomplish was a big draw—objectives were very clearly outlined in a new strategic plan and his vision included thinking about the Barnes as a lab where thought leadership—in every part of the organization—played a key role. The institution was relatively small, so there good communication with fewer silos. Combine all of that with an organizational structure that was pushing the boundaries. It was incredibly compelling that the position had the opportunity to be at the executive level and, also, work across the institution not just thinking about digital, but the role of visitor experience as a whole.
Jim: Do you think that this going to be the future, is this where digital goes next?

Shelley: I hope so.  There have been a lot of challenges across the sector when digital is thought of in a silo.  It’s a different equation when you combine digital and visitor experience; we think it’s a more successful and holistic approach and hope to model practice.

Nicely, we’re not alone in this kind of leadership and we’ve seen some really interesting changes to the org chart that we can all learn from.

The Oakland Museum of California (OMCA) has an organizational chart where an idea is at the center, rather than a director at the top. The Director, Lori Fogerty calls it going from the rake to a flower, and she’s reorganized her staff around an idea, which is a very interesting approach.

Kaywin Feldman at Minneapolis Institute of Art (MIA) has done some really innovative thinking on positions in an organizational structure that’s fairly traditional.

Then there are the Carnegie Museums in Pittsburgh and the idea that an innovation lab can sit in between many institutions helping foster innovative thinking throughout and making connections between them.

These are exciting changes happening across the industry.  All of them represent ways of doing things that might not work for every organization, but I think there’s a lot to be learned from them.

Jim: It’s great that you say that some things might not work and that you’re open about that and I know that you’ve been blogging about what you’re doing since you joined the Barnes.

Shelley: There is a general want in the industry to be more open about our work and openness is not just about open source code. It’s thinking about open knowledge, open licensing, open, open, open.

I think one of the biggest challenges in the cultural sector is that people often won’t “think in the open.” There is knowledge sharing about about projects once completed, but little in-process sharing and that’s where the gold can be. To a degree, though, this requires you to have a certain vulnerability. After all, thinking changes rapidly on a project, but I think seeing those changes is what ends up being compelling for readers.

Jim: Looking around today it was interesting to hear how Albert Barnes would move artworks around to create dialogue between pieces, but today everything has to remain as he left it because of a covenant in his will. That must be really challenging?

Shelley: These constraints are what make working at the Barnes so compelling. Essentially, you’ve got the biggest constraint of all here — a collection that can’t move, can’t travel, can’t be physically told in other contexts. Yet, you need to highlight the differences for visitors so they see something different every time they come.  Digital can help with that.  An in-gallery engagement team can also help with that.  There’s enormous opportunity to work within constraints as a creative endeavor.

Jim: Most people would come in and develop some kind of app or tweak the website, but you decided to develop something with a watch?

Shelley: Yes, what we’re experimenting with is this idea of short form content delivered over a watch interface and we’re solving for a number of things that are very specific to our visitor experience. We’ve developed a digital prototype using a Sony Watch and we’ve tested with visitors over a three month period. The learnings are informing a production project.

Some of the things we were solving for included seeing that, in our galleries, the audio guide could be an overwhelming experience that was actually shortening the time that someone was spending in our galleries rather than lengthening it; we’ve found short form wearable content is actually increasing visit duration by more than a half hour.

Our galleries are a social place where you see a lot of people having conversations and we were in need of a solution that maintained this natural interaction; audio inhibits this interaction because of the headphones. We’ve found the content, if delivered properly, is inherently social.

Our facility has very small rooms and limits on photography because of the proximity visitors have to the collection and tiny, often crowded spaces. The wearable was compelling to us because it’s not an obtrusive experience and it’s one that’s held close to the body.

Also, we’re looking for off-the-shelf systems where we don’t have to build our own hardware, but we can deploy to all visitors as part of their entry sequence. Cooper Hewitt is a stunning example of the only museum to solve the ubiquity problem. This is at the forefront of our own thinking, but we needed to work with hardware already on the market and one that has a screen, even if a tiny one.

Jim: But you also seem prepared to fail with it.

Shelley: Failure creates great learning.  I consider our wearable prototype to be incredibly successful, but it was in the places where it failed that it pointed to what a production project should be. I’ve got a couple of blog posts—one about “more” content, one about “personalization”— that speak to just how much you can learn once things are in the audience’s hands and how a limited prototype could teach us how to take the project to the next level.  You have to be willing to put yourself and your project out there to get to the deepest learnings.

Jim: And at every stage on the way, you’re documenting and putting your experience online for everyone else to learn from.

Shelley: Yes, every stage, we intend to “learn in the open” and publish, so that everybody can learn from us as we go along through any project we are working on.

Jim: And that’s exactly the kind of openness that you were advocating for earlier. It will be fascinating to read that and to see the projects develop. 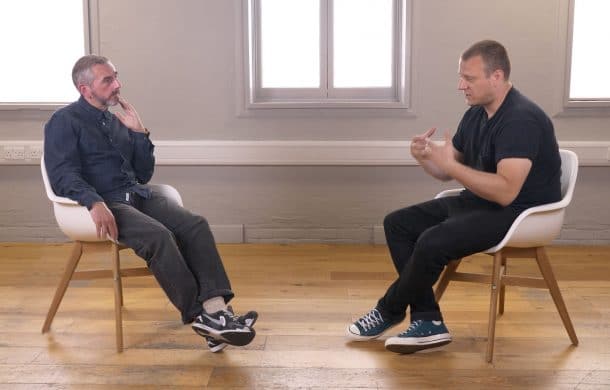 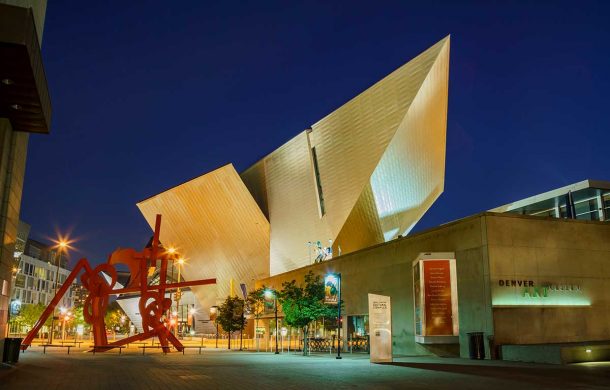 In conversation with: Lindsay Genshaft from Denver Art Museum

Reimagining the hands-on museum experience in the midst of a pandemic was never likely to be easy. But as Lindsay Genshaft the Manager of Family...