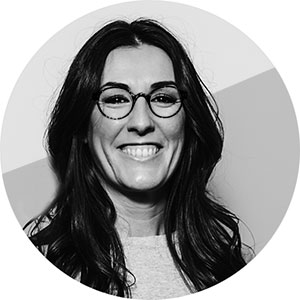 Issues like sustainability, representation and diversity dominate modern society, but should we expect museums to take a stance?

We’re living in an increasingly political and polarised age. Thanks, in part, to the proliferation of social media, it’s impossible to escape the importance of issues like diversity and climate change.

This raises the question of what role our museums should be playing in all this. Is it the duty of museums to take a stance, or should we expect galleries and other cultural institutions to remain impartial on the subjects dominating our society?

Neutrality is defined as “the state of not supporting or helping either side in a conflict.” We’re going to be looking at whether this is something museums should aim for, or even something they can achieve at all.

Museums and Neutrality do not go hand in hand

Back in 2017, LaTanya Autry of the Mississippi Museum of Art teamed up with Mike Murawski from Portland Art Museum to create t-shirts that supported a Museums are not Neutral campaign.

Speaking about the campaign, Murawski wrote: “Museums have the potential to be relevant, socially-engaged spaces in our communities. Yet, too often, they strive to remain ‘above’ the political and social issues that affect our lives – embracing a myth of neutrality.” 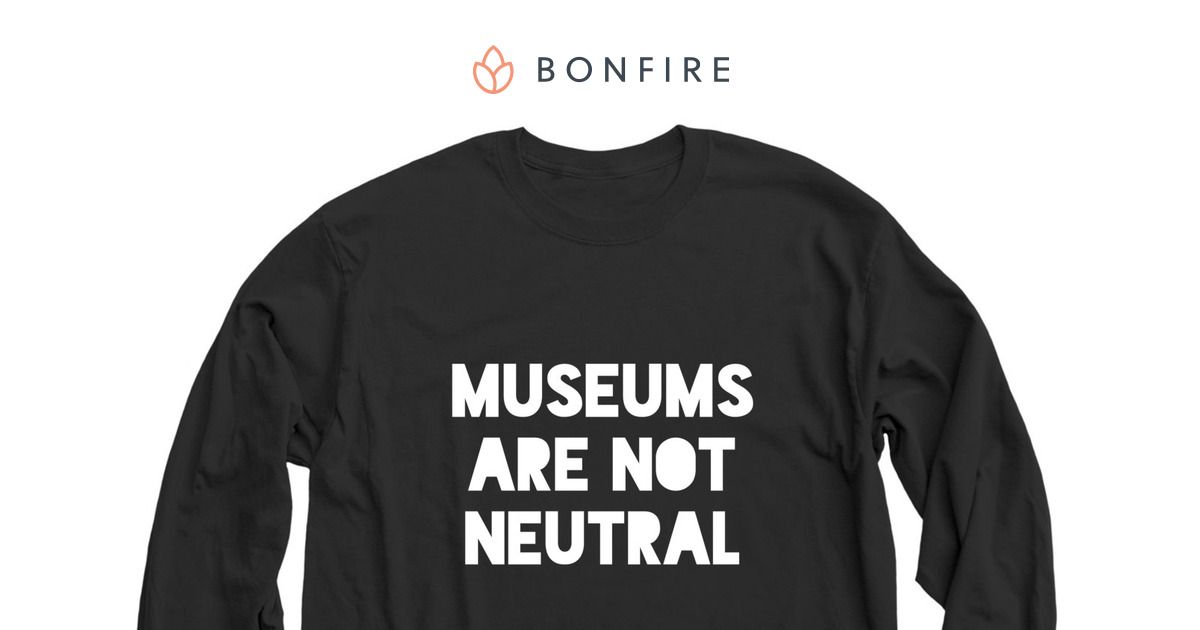 Similarly, writing on the campaign blog, Anabel Roque Rodriguez wrote that “there shouldn’t be a confusion about whether museums need to speak up against any form of misinformation… fight any form of hate in its community, protect the values that embrace the integrity of minorities and discuss which narratives need to be enforced.”

Campaigns such as this clearly establish that museums are not neutral by default. In most cases, neutrality requires more effort than asserting a clear view and, in the view of some, neutrality is an impossibility altogether – at odds with the human nature behind each and every exhibit created.

By exploring the roots of museum culture, as well as how museums relate to current issues and events, we’ll be exploring if this assertion is true. Are we really sure that impartiality isn’t obtainable? And should it be something we are concerned about at all?

Diversity in the museums: an uphill battle against the muddy grassroots of museums

There is an argument to say that, since their inception, museums have never been able to retain a neutral stance.

Many museums start out life as a private collection, and many of the western world’s most beloved art galleries began life as a way for royal and rich families to represent their wealth, taste and status. The Uffizi in Florence, for example, started in 1581 as a private gallery established to display the collection of the Medici family. It wasn’t until 162 years later that Anna Maria Luisa de’ Medici gave most of the family’s treasures to the Tuscan state as an “unalienable public good.”

Likewise, many natural history collections were originally conceived to showcase their owners’ prowess and sophistication. Artefacts and specimens were displayed in an attempt to classify the natural world – something many consider to be inextricably linked to colonialism. This ideology placed Western society as the pinnacle of civilisation while showing other lands and peoples as inferior.

And without making an effort to do otherwise, today’s museums largely stick to this privileged bubble. Surveys by New York’s Department of Cultural Affairs and The New York Times found that employees and trustees of the city’s major arts institutions are overwhelmingly white.

This makes diversity an issue on which it is impossible to remain impartial. To avoid discussing diversity within an institution is to stick to the status quo, raising questions over inclusivity. This is the point of campaigns like Museums are not Neutral – ignoring an issue can be seen as disagreement by default.

Museums can be political, and since political tensions have become so rampant in recent years, many institutions are choosing to wear their colours proudly.

Just days after Donald Trump signed his controversial travel ban in 2017 – which primarily impacted people from Muslim countries – curators at the Museum of Modern Art (MoMA) installed a collection of works by artists from some of the ban’s targeted countries in their galleries. This poignant yet understated form of protest made the MoMA’s views on the ban clear.

Of course, protest can take a far less subtle approach than this, as evidenced by the Guggenheim’s chief curator, Nancy Spector, who sent Maurizio Cattelan’s 18-carat-gold functioning toilet (entitled America) to the White House.

Sustainability in the museum

There is no topic taking up more space in today’s public consciousness than environmentalism. We’re all becoming increasingly aware of the impact our patterns of unsustainable growth and overconsumption are having on the planet, and the pressure can be felt (both on an individual and a corporate level) to make active positive changes.

Sustainability has been a growing issue for several years, but it was back in October 2018, when the UN Panel on Climate Change reported that we, as a global population, only have 12 years to make “urgent and unprecedented changes” to limit climate warming, that things really gained traction. Since then, school climate strikes and the publicity of figureheads like Greta Thunberg have seen sustainability awareness catapult into relevance.

This has created questions about the role museums should play in environmental activism. But while some question whether museums have a right to outrightly declare themselves in support of climate change awareness, others are already incorporating the movement into their exhibitions.

After one of the now weekly school climate strikes, Manchester Art Gallery offered its studio spaces to the families taking part, while the People’s History Museum created a Protest Lab alongside its Peterloo exhibition for individuals and organisations to get together and discuss ideas for further action.

There is huge potential – and often pressure – for museums to respond to community concerns and support local activism, especially on environmental issues. Projects such as A Rubbish Night at the Museum highlight this potential. The project, held at Manchester Museum, inspired activist groups to bring together individuals, communities, organisations, businesses and landlords to discuss issues around waste.

What’s more, the Museum of Reading’s Where’s Reading Heading? campaign looked at the city’s past, present and future in order to consider how the town can sustain a growing population and build a low-carbon economy.

These examples make sense. One could argue that part of a museum’s role is to relay facts, and the fact is that UK local authorities have now officially declared a ‘climate emergency’. Like diversity, sustainability is an issue for which true neutrality doesn’t exist – you either support it or you don’t. Cultural institutions will struggle to remain impartial without simply ignoring the topic altogether, and even this can be a sign of showing support for the opposing viewpoint.

Whatever your own view on neutrality and whether a museum has a responsibility to pursue objectivity, we must all demonstrate an awareness that this is no easy thing to achieve.

In recent years, the number of exhibitions worldwide which tackle the issue of climate change has risen exponentially. Rather than focusing on blame or political leanings, some of these merely steer us towards accountability.

One such exhibition – live from 20th September 2019 to 11th January 2020 – was The Animals are Innocent: An Exhibition to Lament Climate Change. Held in the Henry Seldon Museum of Vermont, the exhibit began with the words: “A long story has been written since the first bits of life began here on Earth. This is the chapter where we face ourselves.”

Visitors were faced with intricately detailed handcrafted folk art toy boats full of animals and paintings, designed to pull viewers into a world where animals have been displaced from their habitats by rising sea levels.

One piece, In tippy canoe and migrants to?, showed a group of white rabbits packed into a canoe. Another sees a fox steering a whole forest nestled into a boat seeking safe passage.

Another exhibition, simply entitled Climate Change, ran in 2019 at the Harvard Museum of Natural History. The exhibit draws on the latest scientific information, exploring our warming climate and the global and local consequences. It also provided information on both to reduce fossil fuel emissions and prepare for its effects.

The exhibit used multimedia works to take a firm stance on climate change, offering insightful and though-provoking content that included storm simulations, “check your knowledge” interactive stations, and an inside look at  a high-tech Argo float from Woods Hole Oceanographic Institution — one of more than 4,000 deployed worldwide to monitor the globate climate and sea levels.

For the exhibition, the museum worked in collaboration with Harvard University Centre for the Environment to offer visitors the unfettered facts about the changing climate.

Many museums began life as an institution for the status quo; a place where the wealthiest and most powerful could assert their status and cement their view as the default state of things.

Today, however, things can be different. They may not have started as such, but nowadays museums have the potential to be a force for public good. Modern museums welcome all kinds of people and views, not just those of the rich and powerful, and use these views to create discourse, awareness, education and exchange.

Democratic cultural spaces are made by aiming for neutrality, but by recalibrating the balance of power and giving voice to those who would otherwise struggle to be heard. Through social conscious exhibitions and outreach efforts, many museums are already playing their part in this, giving voice to what’s important to their audience. 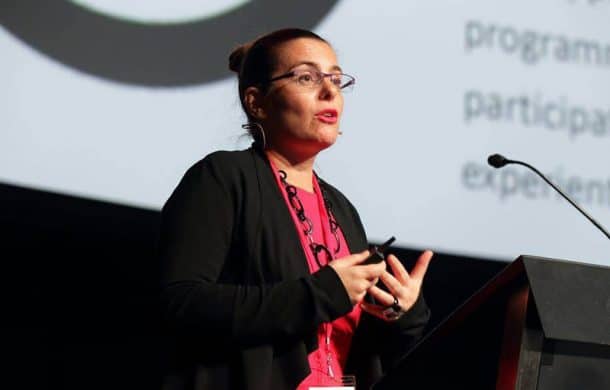 Film: Should Museums Charge for Admission?

Silvia Filippini Fantoni from Indianapolis Museum of Art spoke at MuseumNext Dublin in April 2016 about the challenges of introducing a museum admission charges at... 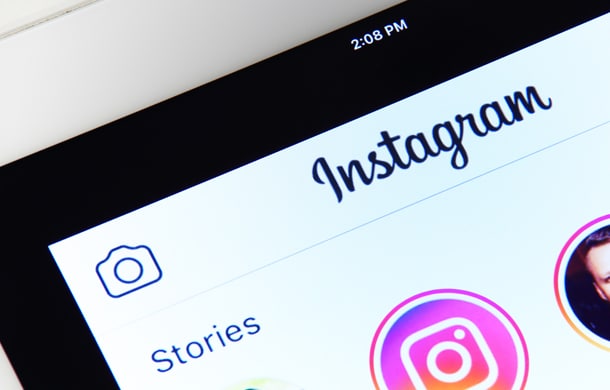 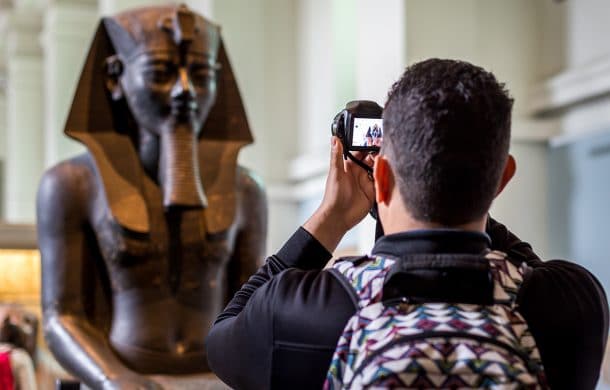