A couple smiles from their house in the Nazaré community, district of Porto Velho, capital of Rondônia. Marcela Bonfim 2014

For Those Who Are to Come is an exhibition to be presented at COP26 that will show the human side of the Amazon and also the impact of human activity on its survival.

The Amazon rainforest will be one of the most important topics on the agenda as global leaders attend the United Nations Climate Change Conference in Glasgow, which opens at the weekend and runs until 12 November.

Research published earlier this year showed that over the past decade it was releasing more carbon dioxide that it absorbed, shifting it from a carbon sink to a carbon emitter. This was due to hotter temperatures and droughts but is the result of fires deliberately set to clear land for farming. The Brazilian delegation, without its President Jair Bolsonaro, will set out its aims at the conference to eliminate illegal deforestation by 2030 and be carbon neutral by 2050.

For Those Who Are to Come is curated by Eduardo Carvalho, an independent curator and creative economy consultant developing projects in the UK and Brazil, and Vanessa Gabriel-Robinson, Senior Project Officer for the Greater London Authority, who was born in Amapa in the Amazon region.

The exhibition presents photographs of three influential photographers Marcela Bonfim (Rondônia); Nailana Thiely (Pará) and Bruno Kelly (Amazonas) and will be located in the Brazil Climate Hub Space, in the main Blue Zone area of COP 26, where all the political leaders and delegates are set to pass through on their way to talks.

I’m hoping they [world leaders] will pay attention to the central message of this show and it inspires them to unblock the negotiations.

Here MuseumNext talks to Carvalho about the exhibition, its messages and setting up in such a high-pressured environment.

How did you get involved with COP26 to curate an exhibition?

I was invited to support the Brazil Climate Hub at COP26, which is dedicated to Brazilian NGOs, by creating the cultural programme for their space. During the programme’s conception, the idea emerged to develop an exhibition focusing on the human diversity of Amazon. This would explore its different faces and colours, exploring their cultural diversity and not just about the biodiversity as the Amazon is always presented outside of Brazil. So, I approached Vanessa Gabriel-Robinson, an Amazonian woman living in London, to support me in creating this narrative, calling on the Amazonian photographers living among the diverse characteristics of this biome.

What are the aims and objectives of the exhibition?

We would like to present the many Amazonian people within the same Amazonia. We have the forest and its biological diversity, and we have 25 million people living in the Brazilian part of the biome, distributed in cities, extractive reserves, quilombos, riverside and indigenous communities. The exhibition brings this diversity to Glasgow and alerts us to the impact of human activity on the Amazonian population and culture.

How many photos will be displayed? 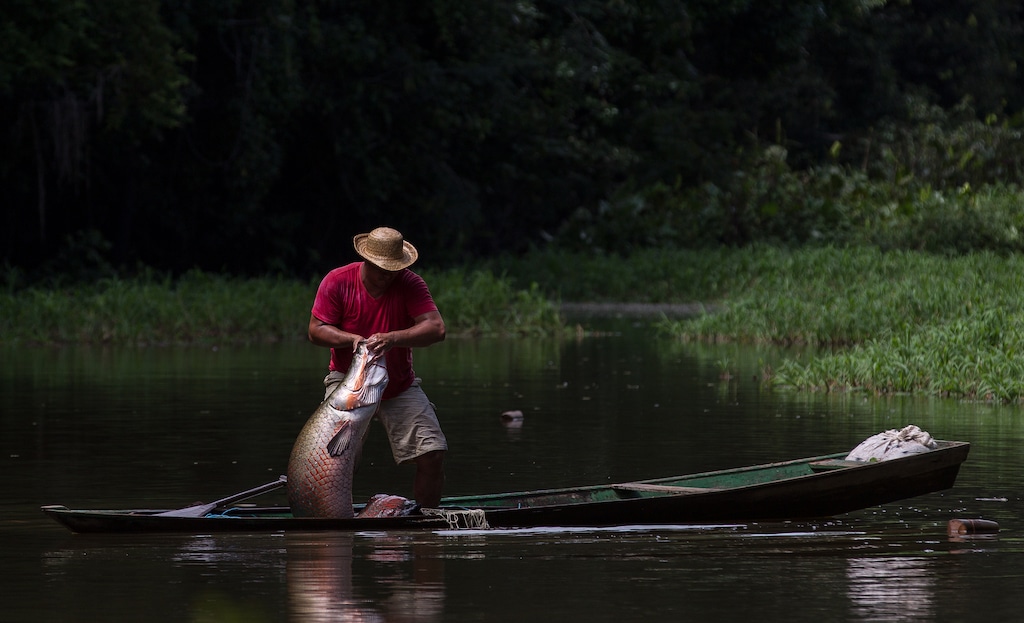 Arapaima, the Amazonian giant fish that brings wealth to the population. The image shows a fisherman with a specimen of pirarucu (Arapaima gigas) in the Mamirauá Sustainable Development Reserve. Bruno Kelly 2013

There will be 13 photos showing the Black, Indigenous, Urban and Riverside population of Amazonia. The photographers, Bruno Kelly, Marcela Bonfim and Nailana Thielly, help us reflect on the importance of keeping this ecosystem alive and finding solutions to minimise the impact of exploitation.

What is the narrative/message of the exhibition and how does that resonate with COP26 and climate change?

We have the opportunity to show all the global leaders that it’s necessary to think about preserving Amazonia and to involve its people in this challenge. It’s necessary to rethink how to engage the urban population. How to develop a green economy with their support, avoid the overexploitation of natural resources and use biodiversity as a source of well-being and social development.

What does it feel like to have an exhibition at a global event?

It’s incredible but quite stressful. Developing an exhibition inside the UN area has been challenging due to a series of recommendations and, of course, the pandemic restrictions. We had a short time organising everything – around six weeks – since conception, production, and delivery. So, it’s been intense.

What is your background in museums and climate change? 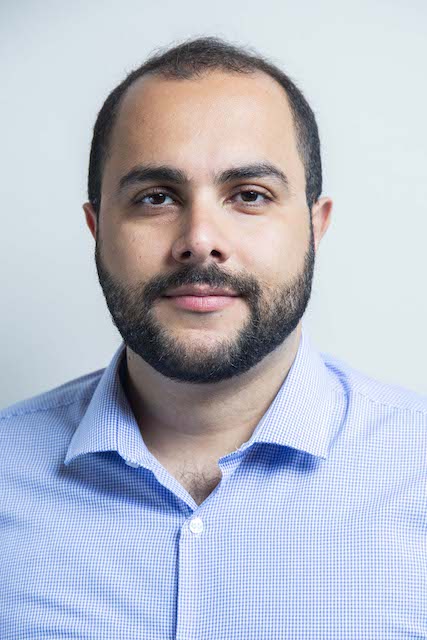 Since 2015, I have worked with digital experiences and technologies to engage people, creating narratives to promote social transformation and have worked as a journalist for Globo Network, covering stories about climate change, science and health, which included travels to the Antarctic and various climate conferences.

In October 2015 I was also invited to be Artistic Editor and Assistant Curator at the Museum of Tomorrow in Rio de Janeiro, where I was responsible for creating exhibitions and experiences. While at the museum I had the chance to develop several exhibitions focused on engaging the audience in social themes, such as climate change, conviviality, culture, environment conservation and refugees.

Among my main exhibitions at the Museum of Tomorrow were: Coronacene – Thoughts in Pandemic Times, Fruturos – Amazonian times (opens later this year), Food for Tomorrow – Feeding 10 Billion (Bronze Medal of The Grands Prix, formerly known as the International Design and Communication Awards); and Inovanças – Creations Brazilian Style (which reached half a million visitors in ten months).

Recently, I created the Sustainability Action Plan for the Somerset House in London, a unique and essential experience. I’m also a Clore Fellow since 2019, which has been a fantastic opportunity to connect with cultural leaders from many places around the world and think about partnerships.

When does your exhibition run from and til and what will happen to it after COP26?

The exhibition will open on 1 November and will be presented during all the COP26 until 12 November. I am looking for a venue in the UK to host this show following the climate conference. I consider it essential that more people interact with this work and it is a call to action about the importance of Amazon, the ecosystems and life on earth. 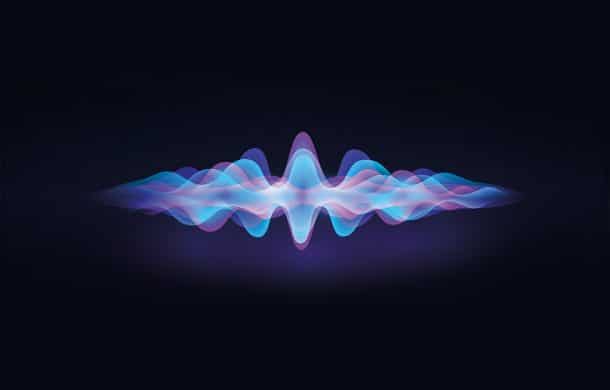 How AI has learned human emotions from art

Researchers at Stanford University have programmed their AI algorithm to look at a work of art, and then, astonishingly, to form an emotional response to... 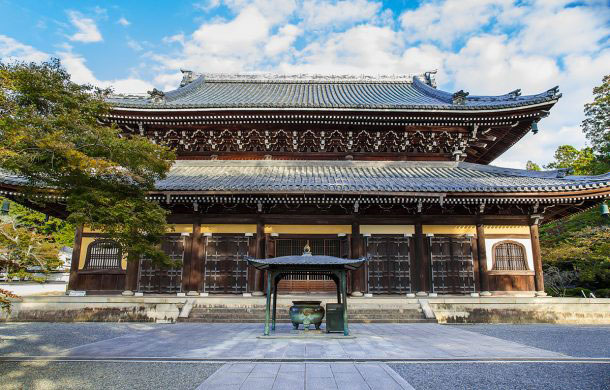 The tech giant Amazon has recently launched a new service which allows people to access experts in their field and to enjoy virtual touring experiences....