People who have served in the armed forces can find it difficult to adjust to society on their return. It can be a struggle to find a new purpose and adapt to the patterns of everyday life. There is also a chance that they may suffer from ill health as a result of their service. This includes Post Traumatic Stress Disorder and other mental health issues. There is often a stigma associated with such conditions.

There are almost 20 million veterans in the USA. This is according to figures published by the US Department of Veteran’s Affairs in 2018. The experience of returning home is a huge change in circumstances for veterans. Jonathan Kirk Davis, US veteran, described the experience for Forbes magazine. 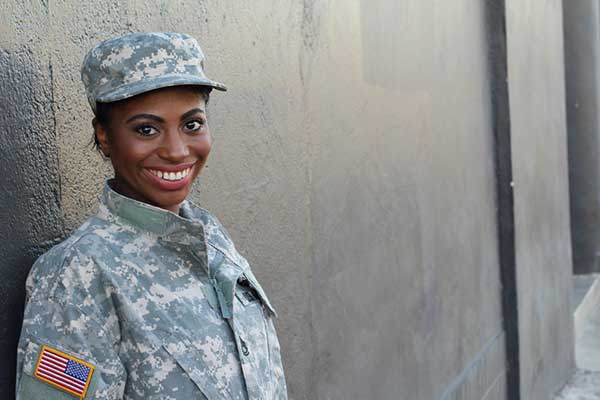 There are 20 million Veteran’s in the United States

He explains that service personnel go through extended periods where they are away from regular life. They are cut off from the security of home and comfort of their families. They live a regimented life with no breaks, seeing the same people every day. Then, there is the constant threat of attack. This is a psychological pressure that is ever-present. He goes on to describe how, after the initial relief of returning home, veterans can feel like they don’t quite fit in. Things may have changed in their absence. Friends and families have been independent and continued living their lives. It can take a long time for the residual stress and anxiety of combat to fade when veterans are back on home soil.

Museums can have a hand in helping veterans adjust to civilian life. This can be through projects that help them to work through their transition, such as art therapy. Museums are also instrumental in giving veterans a voice. They can help society to understand the issues that ex-service people face. Museums have an opportunity to raise awareness. They can challenge the stigma surrounding PTSD and other mental health conditions that veterans may be coping with.

The Royal Albert Memorial Museum and Art Gallery in the UK worked on an interesting concept. It partnered with the non-profit organisation Aftermath PTSD. Together they worked with current and ex-servicemen and women on a project called “Once a Warrior”. They explored an exhibition at the British Museum in London which was all about Native American warriors.

Museum curators at the British Museum granted participants behind the scenes access. Following their tour of the exhibition, they discussed it with each other. They were able to draw out several parallels with the societies highlighted in the exhibition. For instance, Native American warriors decorated their clothing to reflect their status. This is similar to how modern day regiments wear uniforms, to distinguish themselves from civilians. 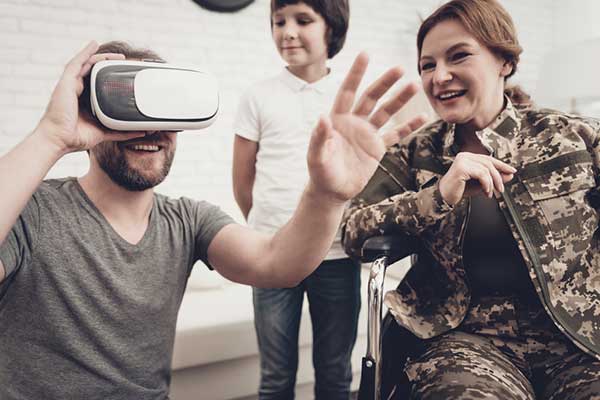 Back at the RAMM, they were given space to work on their own art pieces. These included poems, paintings and textiles. The participants were recorded, and a film was produced as part of the project, called “Common Bonds of Combat”. It shows the art that they made alongside them speaking of their experiences. The RAMM says that the project helped participants to reflect on themselves and their place in society. It also helped members of the public to understand more about what life is like for military and ex-military personnel. “The public found Once a Warrior moving and thought-provoking, and it raised awareness of PTSD and the complexities of military life,” said the museum. John McDermott is a Royal Navy veteran and the founder of Aftermath PTSD. “This is a way to let the public know about the military mind. And what happens to us afterwards, when eventually we take off that uniform,” he said.

Art therapy is a popular form of treatment for many types of trauma. It can be a useful tool for veterans who are adjusting to life outside of the armed forces. It is also beneficial for those who are struggling with issues such as PTSD.

At the Wexner Centre for the Arts, Ohio State University, veterans have been invited to take part in an art therapy scheme. The Wexner Centre runs a successful free programme called “Art on the Brain”. This is aimed at people experiencing brain or mind injuries. The course has been designed with input from medical professionals. This includes neuro-oncologists and speech pathologists. As part of the sessions, participants take part in art interpretation and learning activities. Sessions encourage critical thinking, as well as social interaction and connection with peers. “Vets at the Wex” builds on the success of this model, offering a version tailored to the particular needs of veterans. Attendance is free and the VA Centre coordinates registration. It also provides transport to and from the museum.

The Wexner Centre reported that all participants found the programme “extremely valuable”. Veterans were positive about the social aspect of the sessions too. They rated it as either “extremely meaningful” or “very meaningful”. They appreciated the opportunity to express themselves in a safe, non-judgemental environment. They also enjoyed the ability to focus on new experiences.

Some museums have worked on temporary projects and exhibitions with veterans in mind. However, there are other institutions that are permanently dedicated to the cause. One such example is the National Veterans Art Museum in Chicago.

The mission of this museum is to give the public a greater understanding of war, and the impact of conflict. It is home to pieces of art inspired by war. It began in 1981 and since then has been a space for military personnel, veterans, and civilians to start a conversation about the impact of war. All artwork is created by veterans, from conflicts around the world. The collection includes work by over 250 veteran artists. It includes many different art forms. The 2,500 piece strong collection features sculpture, poetry, music, paintings and more.

NVAM highlights a diverse range of experiences and responses to conflict. It reflects the lives of the service personnel who serve their country. It also examines the impact this service has on them. The museum says, “The artwork showcased at NVAM provides a unique perspective on the controversial subject of war to all. It is a tenuous and reflective balance of beauty and horror, providing unique insight into the psyche of combat veterans and the consequential impact war leaves on its survivors.”

A similar museum exists in Australia. The Australian National Veterans Arts Museum, Melbourne, showcases the stories of ex-service personnel. The museum says these stories are relevant to all of society and deserve to be heard. “As writers, visual artists, performers or musicians, veterans have created poignant first-hand accounts of war, service, the home front and rehabilitation. These important individual stories and collective responses are permanent records that enrich the history and heritage for the veteran community and for all Australians.”

The ANVAM also runs several art therapy programmes for veterans. The Healing Arts programme is a way for veterans to improve their mental health. They do this by interacting with art and finding new ways to express themselves. The museum aims to bring the veteran community together through art. It also works to provide a supportive, social network.

The UK’s Imperial War Museum covers five sites in England and Northern Ireland. The aim of the museum is to explore conflict and the impact that it has on people’s lives. One of the things that this institution does is to give museum visitors a chance to speak to veterans. The veterans are then able to tell their stories in their own words. 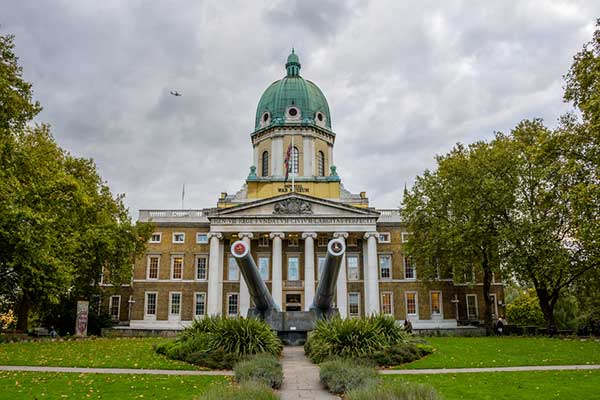 The IWM frequently runs sessions called “We Were There: Ask the Veterans”. These sessions take place during the school holidays. They are also scheduled for school groups. The idea is to give children a chance to meet real veterans. They can hear them speak about their experiences and ask them questions. Pupils learn about various conflicts in the classroom, but the opportunity to speak to veterans about them adds another level of comprehension to the topic. During the sessions, students can begin to understand the impact of war. They are introduced to different points of view and different people’s experiences. Students also interact with real artefacts from the museum’s collection as part of the event.

The IWM’s collection also features recordings relating to conflict. It holds the largest oral history collection of its type in the world. This includes personal testimony from service and ex-service personnel.

Arts and culture can deliver peace of mind

It is not easy for civilians to understand how difficult the transition away from military life can be. Veterans are expected to slot back into the life they left behind. But often everything, including themselves, has changed. It can be at best disorientating, and at worst a seemingly impossible task. Veterans may have faced terrible, life-threatening experiences. They may be returning home with mental or physical injuries. The number of US veterans with PTSD varies depending on the service era. According to the US Department of Veterans Affairs, it is common. Between 11-20% of people who served in Operations Iraqi Freedom and Enduring Freedom have PTSD in a given year. About 12% of Gulf War Veterans report experiencing it. An average of 20 veterans a day take their own lives.

Art therapy has had positive results when used to help veterans. Museums and galleries can provide a safe space for people to come to terms with their experiences through arts and culture. They can help to give veterans a voice and to help them find their place in society. Museums can also highlight their experiences, help to challenge stigma, and give the public a better understanding of the effects of conflict. 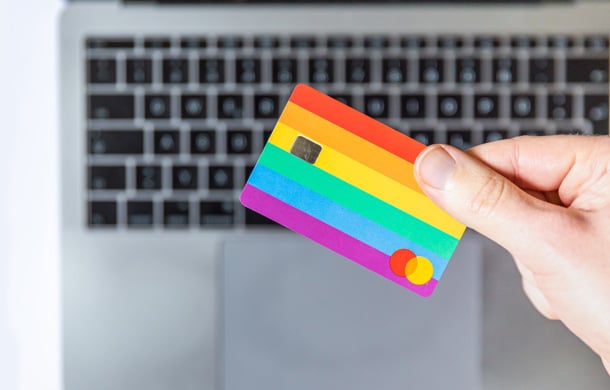 I’m not sure about you, but I’ve always had a massive soft spot for museum gift shops. The walls of collectible postcards, quirky homewares, unique... 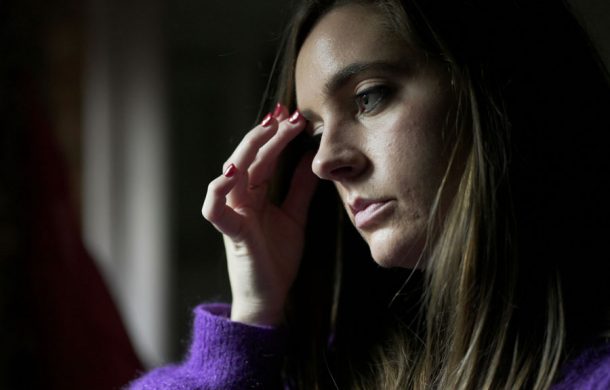 In a busy and stressful world, practising mindfulness can be a gateway to navigating the more challenging aspects of our lifestyles. Museums and galleries can... 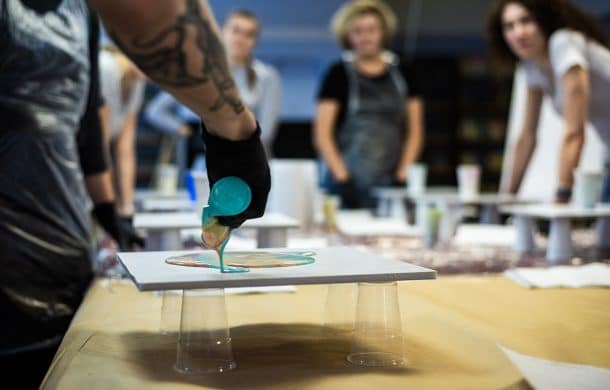 Museums are rightfully gaining recognition as spaces for emotional healing, as well as intellectual learning. Here’s how. Self-care as a concept and as a practice...