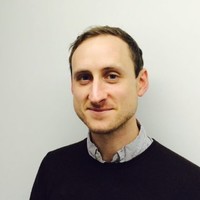 These two questions have framed a series of small-scale trial projects in Tyne & Wear Archives & Museums (TWAM) over the past 6 months.

The trial I’ll be talking about focused on compelling historic photography (photographic collections that is, not photographs of objects). Highly visual and immediately powerful archive photographs.

Using our criteria below, photographic collections were carefully selected and shared in Flickr, Facebook and Historypin. I’ll only be referencing our findings from the first two sites. Historypin is well worth exploring but it doesn’t provide account holders with analytics tools as yet.

We wanted to share images in Flickr that immediately resonated with our audience on an emotional level and without context.

“Immediate emotional resonance” is of course, entirely subjective. But the point of this trial was to share visual content that didn’t require an explanation for it to provoke a response. Images that have historical significance but that are, above all, compelling. Immediately awe-inspiring. Instantly strange, beautiful or funny.

Captions were included to provide context and build on the image but they were secondary.

Well-meaning collections-based museum projects can lie stagnant in a social media platform like Facebook or Tumblr. Why? Often, because not enough attention has been paid to what is likely to compel a response. The source content does not inspire the interaction that defines the platform.

Take an image of a Roman urn. It bears cultural significance. The story behind the ashes inside the urn is fascinating and tragic. The intricacy of the craftsmanship on show appeals to some. But for most people on Tumblr or Facebook (especially those with no previous affiliation to your organisation), does this image immediately resonate or intrigue? Does it inspire the level of response the museum was hoping for?

Without immediacy, we lose the opportunity to communicate with our audience on these sites- however rich the content or however much we can prove it is relevant to their lives.

So what museum images are likely to compel in these online spaces?

The short answer, in my view, is anything that How To Be a Retronaut would share.

It’s a popular site averaging 30,000 visitors a day, and over a million a month. Each capsule is generally shared a thousand times by viewers. The likely reach for each capsule is beyond calculation.

These images are the stuff museums and archives have in abundance. So neatly sidestepping the interminable question of copyright, why are many museums reaching only a fraction of this audience with our collections online?

Chris Wild of How To Be a Retronaut suggests the following “(Museums and archives should) forget about history and think about imagination. (Focus on) the images that tap into magic and the sublime. The images that disrupt people’s model of time, fracture it, break it apart. Looking at these images, viewers should encounter eternity and their own mortality”.

You can watch his full presentation here (try to ignore the clacking marbles sound. That’s his goggles brushing against the lapel mic).

How To Be a Retronaut’s model is powerful because the capsules are immaculately presented. The images are cherry picked, the themes are ultra specific and thoughtfully pitched. Instead of a larger set of images which relate to a more generic theme, they’ve recognised that the strength of the content is in its laser-beam focused nicheness. Nicheness that is designed to arouse human intrigue. To stir your imagination, not demand prior knowledge or interest.

How can museums, libraries and archives be more creative when theming and presenting collections online?

Bloggers crave compelling photography. And we wanted them to use our images.

Micro-blogging platforms like Tumblr base themselves heavily on impulse sharing and spreadable content. The site makes it as straightforward as possible for users to “reblog” the posts of other users.

Impulse sharing requires very easily accessible content. The images which we’d uploaded to Flickr were downloadable and free to reuse as part of the Commons project. (Not so with our images in Facebook. We were less interested in seeing how the images from Facebook encourage reuse across the wider web. A future trial may well investigate the benefits of doing this).

We found that once a blogger had gone to the relatively small trouble of lifting an image from our Flickr site and dropping it in their blog (and almost always providing a credit and backlink to TWAM), this quickly seeded sharing activity within that platform. It worked especially well in Tumblr.

You’ll see this image has ‘930 notes’. A large number of these notes are ‘likes’ and comments from other Tumblr users. However, about 300-400 of the notes are ‘reblogs’. If we very conservatively estimate each Tumblr account has an average of 50 followers, we could reasonably approximate that this image has been viewed at least 20,000 times. That is just one image in one blogging platform. The likely overall reach for the 300 images we’ve shared on Flickr is inestimable.

How To Be a Retronaut became aware of our freely available images on Flickr and have so far posted up 3 capsules from our collections. The capsules have been shared over 2,000 times.

A key finding from our trial with Flickr Commons was that the mass sharing of images often only became possible when a user defined or redefined the context of the photograph. A context you’d otherwise never have applied to a photographic collection. The best and funniest example is My Daguerreotype Boyfriend Tumblr site- ‘Where early photography meets extreme hotness’. Tens of thousands of users visit this site.

Enabling reuse was not just about increasing the number of people who view our content. It was about letting our audience redefine the value of the content.

We really wanted to test Facebook’s potential for crowdsourcing stories and information about our photographic collections.

While both are powerful photo-sharing platforms, we realised the audiences for Flickr and Facebook are quite different. Flickr is more serious about photography. Facebook is more centred on the photograph’s connection to a user’s identity and relationships.

So, slightly tweaking our maxim on immediate emotional resonance, we opted to share museum images that were immediately personal to a defined audience.

Again, this is of course entirely subjective. All museum collections are personally relevant to somebody. Our take on ‘immediately personal’ was about significantly large and easily targeted audiences who would understand the image’s relevance to their identity on Facebook.

Nostalgia and a sense of place is a powerful focal point for many Facebook users. This was made obvious when we discovered the Facebook groups ‘Old Pictures of Newcastle East End’ (4,926 members) and ‘Old Pictures of Newcastle West End’ (5,204 members). Both are run by enthusiastic Facebook users and are not in any way affiliated with a cultural heritage organisation. A few hundred images were on each site alongside thousands of active conversations inspired by the photographs. (It’s worth mentioning that neither site is updated very regularly any more).

Clearly, there’s a very real appetite on Facebook for old photography that strongly connects to a person’s past.

We replicated the Newcastle photo sites and set up the Facebook page ‘Old Photographs of Sunderland’. Images of towns, buildings, streets, schools, places of works, iconic industries of Sunderland from the past 150 years. Photos we knew would resonate with a defined and potentially large audience (Sunderland was declared Facebook capital of the UK in 2010), and photos that would encourage them to share stories.

Generically branding the page ‘Old Photographs of Sunderland’ with no explicit reference to TWAM was intended to help seed its democracy. We set up a dedicated page instead of sharing the content as an album within a Sunderland museum Facebook profile. Concealing the content within a profile makes it less easily searchable, and without its own brand, not as immediately understandable.

A £300 Facebook advert was used to promote the site to anyone living within a 16km radius of Sunderland.

The response was positive, with 450 people liking the page within 6 months. Most importantly, hundreds of diverse conversations were initiated about the images (NB- not a single conversation took place on the ‘Discussions’ tab!).  Small communities emerged, with a core number of followers assuming an informal admin role. TWAM rarely needing to step in and respond to questions.

Many users spoke to friends and family offline to seek local knowledge which they’d then feed back to the site. Other followers only became aware of the site after they were spotted in pictures and notified by contacts. They arrived at the page to tag themselves in photographs and share information:

The photographs succeeded in engaging an audience on Facebook because they were immediate, personal and directly targeted at a defined and large community of users. They could understand why we wanted to share the content with them; it didn’t require a leap of imagination or understanding on their part.

What opportunities are there for serendipitous engagement with a museum collection on Facebook? Or if explicit personal relevance is key, what themes besides nostalgia and sense of place resonate with Facebook audiences who aren’t already following your museum?

About the author – John Coburn

John Coburn is the Digital Programmes Manager at Tyne & Wear Archives & Museums. Here he leads the museums and galleries Digital department and develops innovation models and digital strategies to help the museum achieve its mission. 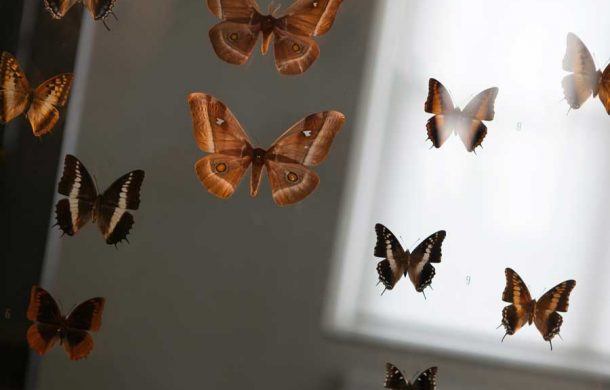 The Natural History Museum in London has teamed up with the UK’s premier particle accelerator to produce very high resolution three-dimensional scans of the insects... 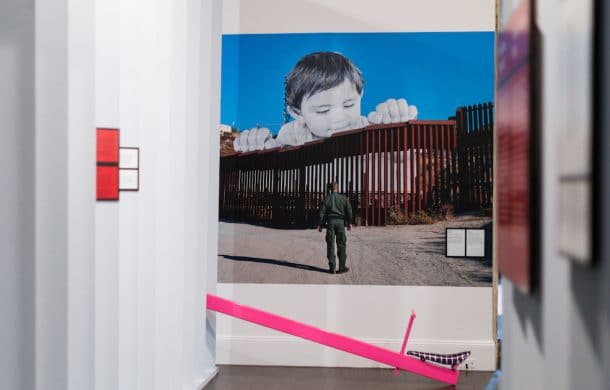 The Wall/El Muro: What is a Border Wall? exhibition at the National Building Museum in Washington DC, which opened at the weekend, aims provide understanding to... 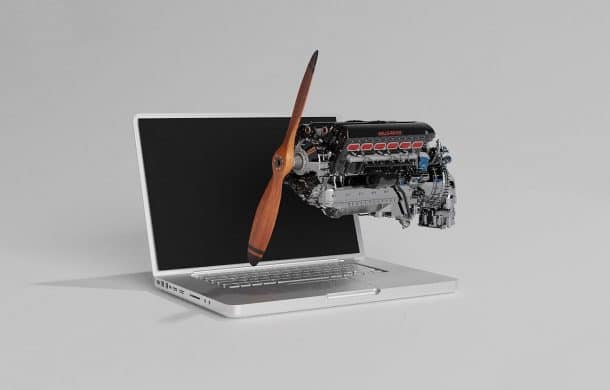