Vagina Museum to open in London

London has some of the world’s most famous museums that have set the standard for the entire sector in many ways. There again, it also has been a place where plenty of innovation in museums has come about, often championing new subject matters that have not traditionally been covered by mainstream institutions. However, the capital of the UK has never had a museum that is entirely devoted to female genitalia before. That is about to change due to the fact that the Vagina Museum is set to open its doors to visitors soon, following a successful crowd-funding campaign.

Although it is fair to say that there are plenty of museums that cover the subject of human anatomy, there are none – certainly not in the capital – which focus solely on female body parts. The idea for the Vagina Museum came about following a visit by Florence Schechter to a museum in Iceland which was entirely devoted to penises. According to Schechter, the idea that an institution could be so male-centred meant that something needed to be done to even things up. The establishment in question, known as Iceland’s Phallological Museum, is entirely devoted to genitalia in terms of both anatomy and wider culture.

However, Schechter noted that although it contains the world’s biggest display of phalluses, the museum had nothing to say on the subject of vulvas or vaginas. Given that this means that over half of the human population was not catered for, Schechter began to toy with the idea of creating an equivalent public space, one that did not feature male genitalia at all but which would offer insights into all aspects of vaginas, including addressing social stigmas associated with them as well as vaginal and vulval health.

“I want [the museum to help]… get rid of the stigma surrounding gynaecological anatomy and the body,” she said. Crucially, Schechter claims that the museum will be devoted to the education and awareness of everyone in society, not just females, regardless of their race, sex or gender. “This will be the planet’s first bricks and mortar museum [that is entirely devoted]… to gynaecological anatomy,” she continued.

After visiting the aforementioned Phallological Museum in 2017, Schechter decided that an institution dedicated to vaginas would be something that would prompt public interest and help to readdress societal attitudes towards female body parts. However, it took almost two years to get to the stage that she is now at, with the museum ready to open its doors for the first time on November 16th. Although a temporary exhibition into vaginas may have been an easier course for her to take, Schechter decided at an early stage that she wanted to create a permanent space that was devoted to vaginas. After all, digital collections of vaginas have already been put together by others. For example, the Vaginamuseum project by Kerstin Rajnar, an Austrian artist, can already be visited in a virtual sense. The Vagina Museum in London, on the other hand, has always been conceived as a physical museum.

In order to get her idea off the ground, Schechter needed to find a suitable site. Following her crowdfunding campaign which managed to raise in the region of £50,000, she was able to find a suitable home for her museum in North London. A building in the heart of Camden Town was chosen and the idea evolved into how else to use the space. In the end, the decision was taken to make the museum site a multi-function one that would do much more than house its permanent vagina exhibition. As such, the museum space will also include art exhibitions from time to time that are on a similar theme to the main one. Plays and workshops devoted to female genitalia will also be an ongoing feature. Given that Camden is also well-known as an entertainment centre, comedy nights focussed on vaginas will also be something that is staged, it is hoped.

The team behind the Vagina Museum plan to launch an outreach programme which will run alongside their permanent exhibition. The idea is to support inclusive and healthy education about sex and relationships, specifically focussing on good vaginal health. The museum team plan to engage with medical professionals in order to help improve the level of healthcare services that are available to the large trans and intersex communities in the capital.

Schechter said that her museum, which will be a cultural centre just as much as a conventional museum, will also run child-friendly educational events for both families and schools. This, it is hoped, will help girls to understand more about their bodies in a supportive environment. The idea is that there will eventually be the chance to offer an outreach programme, too, that will go into schools in order to teach children and to make them feel more confident in talking about vaginas.

In order to achieve its aims, the team at the Vagina Museum began liaising with the Royal College of Obstetricians and Gynaecologists. The aim was to find new ways to get women to engage more in conversations about their bodies. Specifically, the idea is to encourage people to address more fully some of the taboos that persist on the subject of women’s gynaecological health. Dr Alison Wright, vice president at the college, said that her organisation shared a common mission with the Vagina Museum. Wright said that this included the desire to share knowledge about vaginal health and to raise awareness of the shared anatomy of women. “We think that the museum will be a huge asset,” she said. Wright continued to say that the programme will help people to better understand women’s health as well as being more able to discuss vaginas in a more open manner.

Although the museum’s first show, Muff Busters: Vagina Myths and How To Fight Them, will not open until mid-November, it has already gained a lot of attention. The museum’s development and marketing manager for the museum, Zoe Williams, told the press that the response to the concept had been extremely positive so far. “We have been overwhelmed by the number of people telling us what a good idea it is,” she said. 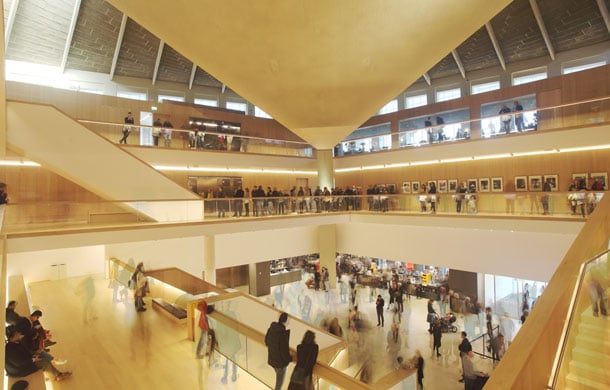 The Design Museum, located in the Royal Borough of Kensington and Chelsea, has received a £3 million financial package in an effort to secure its... 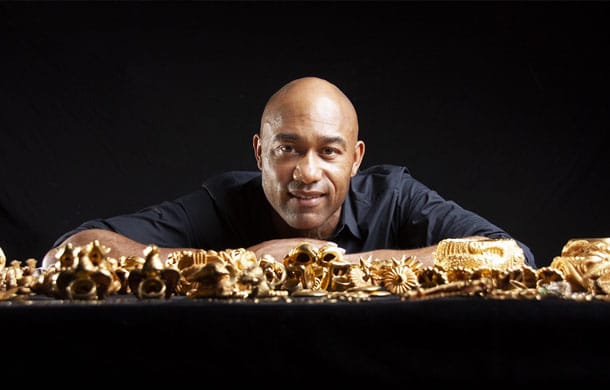 The Victoria and Albert Museum in London announced in November that it had appointed the current director of the Smithsonian’s National Museum of African Art...