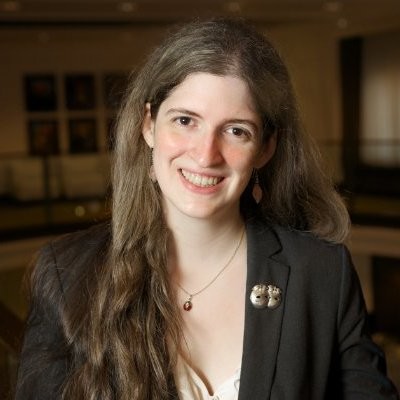 In the past few years, museums across the US, Europe, and Australia are trying to tackle the challenge of decolonizing their institutions. However, the very meaning of decolonizing is being debated. The Washington Post defines it as “a process that institutions undergo to expand the perspectives they portray beyond those of the dominant cultural group, particularly white colonizers.” Whereas, the Abbe Museum in Maine take a stronger approach by incorporating it into their Strategic plan and defining it as “at a minimum, sharing authority for the documentation and interpretation of Native culture.” 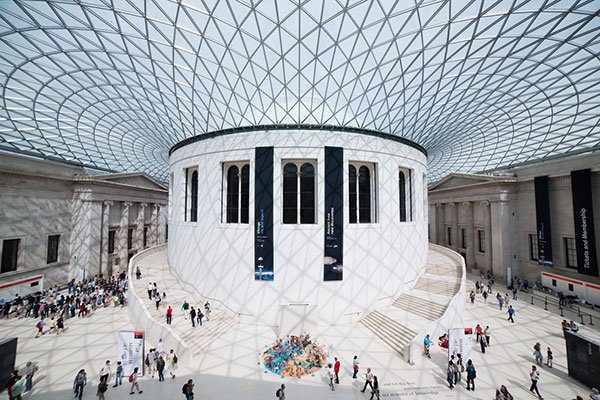 Museums are taking on this important work to try to make their museums reflect the diversity and the voices of the people within their collections and around them. Many museums have legacies rooted in colonialism; their collections were from wealthy donors who benefited from empires. For example, Sir Hans Sloane, doctor and collector, funded his enormous collection that would be the foundation of the British Museum with earnings from his wife’s slave plantations in Jamaica. Moreover, his collection profited from the reach of the British Empire where collectors and travelers all over the world “acquired” items for him. Many collectors saw their efforts as a way to preserve the past, believing that the indigenous communities would fade into obscurity. And then there’s the controversies of how items were acquired into collections, such as the Parthenon Marbles at the British Museum, London; and Zodiac of Dendera in the Louvre, Paris.

Part of the issue is how museums treat indigenous and other minorities in their collections. In his MuseumNext talk, Jérémie Michael McGowan, director of Nordnorsk Kunstmuseum in Tromsø, Norway, explained that indigenous works tended to be in ethnographic museums, not art museums. This distinction helps to perpetuate the idea that these cultures are no longer living and continuing their traditions. These community engagements work to fight against that sentiment and try to show the resiliency of cultures and traditions. 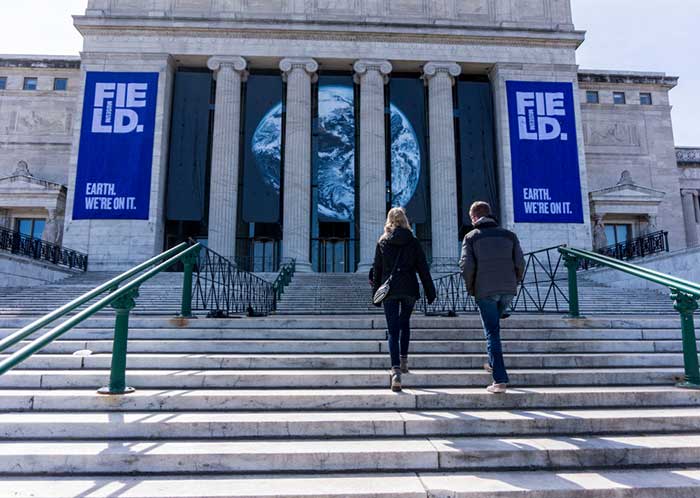 For example, the Field Museum of Natural History in Chicago has invited several Native American artists to present their work in their Native American galleries including Bunky Echo-Hawk and Chris Pappan. Pappan, a Chicago based artist of Osage, Kaw, Cheyenne River Sioux and mixed European descent, created a series of paintings, drawings and overlays in the Field’s Native North American Hall to contextualize and reconsider the objects in the Hall, which has not changed since 1950. In a press release, the Field will now be renovating the hall and work with “an advisory committee of scholars and museum professionals from across the country and from diverse tribes and nations” to reopen the Hall in 2021.

Some museums are developing strategic plans to redevelop their conception of their collection and auditing the institutions as a whole. The Australian Museum in Sydney, led by Kim McKay, re-evaluated its own relationship to its objects and changed their view of the Museum as the owner of objects to “custodians of those collections, with an obligation to the peoples who created the objects and stories, and to their descendants.” They are in the midst of a 10-year Indigenous Roadmap Project. Part of the roadmap has brought in leaders to review the collections. Notably, the Australian Museum brought in Chief Jerry Taki, a Ni-Vanuatu leader, to review the Vanuatu collections and helped the museum understand the diversity of arrowheads, something that the museum never knew before. This is merely one example of how these efforts benefits museum and indigenous people alike.

However, these efforts are only a part of the large project of decolonization. Artist and curator Shaheen Kasmani explains in her MuseumNext presentation “How Can We Decolonize Museums” that decolonization efforts may fail and sometimes help replicate colonial behaviors and attitudes. She aptly notes that decolonization is not the same as diversity. She instead posits that decolonization is “the upfront challenge of white supremacy, de-centers the Eurocentric view, values narrative of that has been made Other. It dismantles systems of thoughts [that places] the straight white man as standard.” It’s not just about inviting indigenous and other marginalized people into the museum to help the institution improve its exhibitions; it’s an overhauling the entire system. Otherwise, museums are merely replicating systems of colonialism, exploiting people of color for their emotional and intellectual labor within their institutions without a corollary in respect and power.

For her and many other culture workers, this overhaul starts with the decision-makers. Who are the people who make the decisions about the exhibitions? What is shown in the exhibitions? How is the story told? Do the decision-makers have a decolonial mindset? Are they aware of their own biases? Brooklyn Museum received a lot of criticism last year for hiring a white curator for an exhibit on African Art. Sara Wajid, head of engagement at Museum of London, in her MuseumNext talk pointed out the lack of people of color as heads of permanent exhibitions. 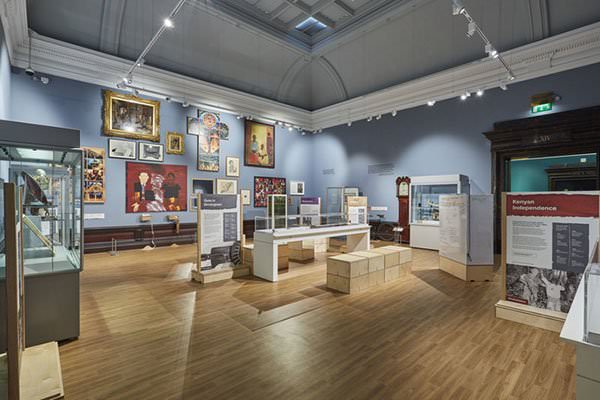 The prohibitive cost of museums also is a significant factor in limiting museums to particular audiences. Kasmani noted that exhibitions and museums can be quite expensive and not affordable to many segments of society. The cost to bring an entire family as well can limit people’s abilities to experience these cultural institutions. Steve Nelson, a professor of African and African American Art at UCLA, explains in a Washington Post article that “Museums are perceived as being for people of privilege. It starts early.” This perception could help stymie the pipeline of people in color in museum jobs.

In addition to decision-making and cost, the text and language of the exhibition are another important factor in the decolonization process. The wall text in exhibitions are perceived as neutral, authoritative narratives of the objects displayed. But Kasmani explains, “Those panels on the walls of your museum are a political act.” The words used are important for everyone’s understanding of material presented; the words chosen will impact how people understand the exhibit. She explains that when words like “racist” and “exoticized” are removed and words like “concentration camp” changed into “internment camp” it serves to invalidate people’s experiences and histories.

Moreover, the choice of the language for text is also a political act. What language is used in the text will also create barriers or tear them down depending on how it is used. Some institutions around the world are beginning to provide text in other languages than the dominant one. For instance, the Philadelphia Museum of Art had Spanish language text in their 2016 exhibition about Mexican muralists as a way to better connect with Spanish-speaking museum goers. In another example, McGowan noted that Nordnorsk Kunstmuseum used the Sámi language in texts on a special museum exhibition/performance that took place in 2017.

In addition to how objects end up at their museums, the project of decolonization should also consider what is collected and what stories can be told from those objects. Like wall text, collections are political. In her talk, Wajid describes how her attempts for an exhibition about the Opium War at the National Maritime Museum was limited because the museum did not collect items relevant to that topic, such as objects from the Chinese point of view. Instead, she noted, they had lots of items from the East India Company. The museum’s ability to make exhibitions that fought against the dominant narrative was hampered by what the museum had previously collected under this prevailing mindset.

However, there are institutions that have presented intriguing alternatives to prevailing models and presented new ideas for decolonization. In McGowan’s MuseumNext talk, he explains how in 2017, the Nordnorsk Kunstmuseum transformed into Sámi Dáiddamusea within two months from start to finish. This “museum performance” as he terms it, resulted in an “total and instant makeover that included amongst other things, the display of another collection of art entirely and the use of Sámi language for both exhibition texts and general signage” and much more. They worked with Sámi community to establish trust and common ground in this undertaking. But he hastens to explain that this museum was a “fictional manifestation of the as yet unrealized art museum that has long been the desire of the Sámi artistic community museum sector and society at large.” The new museum/exhibition was not a permanent change. Ultimately, he concludes that the experience showed that “perhaps one of the healthiest things many museums can do in response to the very demands of the present is to intentionally embrace an alternative condition in which they do not exist or have been replaced by another institution entirely…” 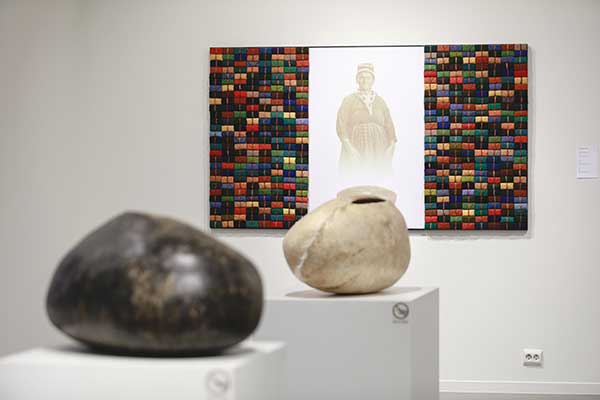 Since the exhibition, the Nordnorsk Kunstmuseum has continued in this project to review the institution as a whole by reviewing their mission statement, staffing and recruitment policies, analyzing the makeup of their board, and much more. Abbe Museum’s strategic plan of decolonization aptly distinguishes between what the visitors will see and what will take place behind the scenes. For visitors, Abbe Museum explains, “The principles of decolonization inform how the Abbe builds, understands, and exhibits its collections. They affect who shapes and tells the stories in its galleries and programs. Decolonization is part of the training of all staff, including those who greet and educate visitors, and even determines what is sold in the gallery stores.” Behind the scenes, the museum will revamp its values, “including consultative and collaborative decision-making processes that include Native people at every level of decision-making. This strategic plan calls for development of new models of archaeological and other research, and the Museum’s commitment to green practices reflects the Native values of protecting the resources of the earth.”

All in all, the decolonizing project will have starts and stops as each museum, cultural worker and audiences have difficult conversations and reflections about the meaning of museums and who the institutions are intended to serve. New models of decolonization will continue to arise and give inspiration to other institutions struggling to figure out how to change their own institutions. But open and true dialogue will remain an integral point with all members of communities. Wajid explains that “real talk” will happen; hard conversations will be had about power and authority. And that’s important. Former director of the Walker Art Center in Minneapolis, Olga Viso says it best in an Op-Ed for the New York Times in 2018, “If museums want to continue to have a place, they must stop seeing activists as antagonists. They must position themselves as learning communities, not impenetrable centers of self-validating authority.” 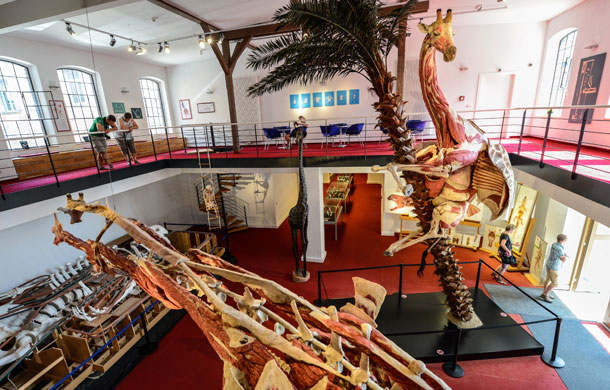 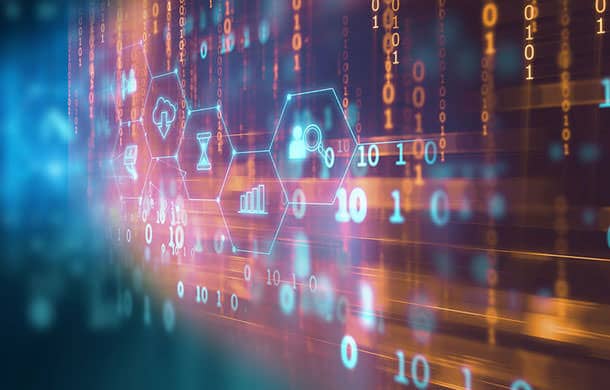 What does blockchain mean for art museums and could it bring transparency to the art market?

Whether you follow trends in technology, banking, or digital art, chances are you’ve heard of blockchain. This digital record-keeping technology is relatively new but has... 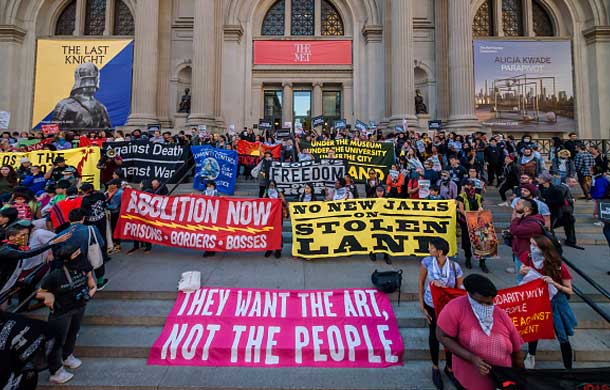 The New York-based protest group, Decolonize This Place, which describes itself as an action-oriented movement that is focussed on indigenous people, launched a large demonstration...