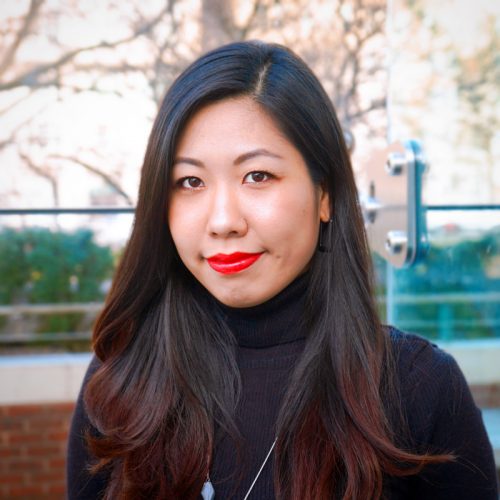 Eozin Che is a creative technologist and media artist based in New York City. Utilizing scientific data and emerging technologies such as virtual, augmented, and mixed reality, her immersive media exhibits educate a diversity of audiences through experiential storytelling.

For the past five years, she has worked as a lead creative technologist and interactive exhibit developer at the American Museum of Natural History. She has created digital interactives that reach millions of museum visitors every year. Prior to working at the cultural institution, she worked as a developer and technologist with the Ability Lab and collaborated with NASA’s Jet Propulsion Lab.

She has presented her work that transforms the world of museum collections into visitor-facing media experiences at other leading institutions including the United Nations, as well as through international conferences and exhibitions that include the Data Visualization Summit (Boston, USA), Augmented World Expo (Munich, Germany), Association of Science and Technology Centers Conference (Ontario, Canada) and SIGGRAPH (Los Angeles, USA) where she has served VR Theater Jury this year.