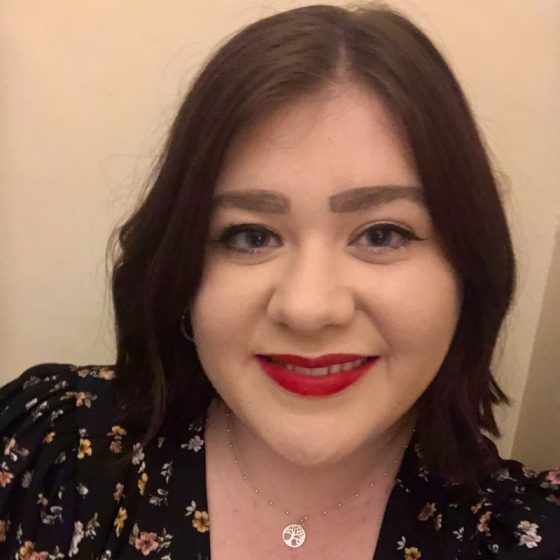 Ellie Chambers has been a part of the Learning and Engagement team at Manchester Museum since September 2021. Her work involves the development of the science learning programme during the closure of the museum and digital and in-person outreach in the meantime.

With a background in archaeological science, her interests involve the history of science and emphasising the people involved with scientific research and practice. Alongside her museum work, she is undertaking a PhD in public archaeology, focusing on the relationship between bioarchaeology and the mainstream media and the way such research can be manipulated for political and racial purposes.

Ellie’s interests in social justice have led to her focus on the colonial and racist aspects of heritage, both within museums and in her academic research. She cares deeply about confronting the inequities of the discipline; to find meaningful ways to be more inclusive of under-represented groups and critical of the practices that derive from, and reinforce, colonial and racist theories.

Her research and museum work complement each other in this regard as she attempts to embed anti-racist practice into all of her work.

Towards Decolonising Science Learning in Museums

Caught at the intersection between the decolonisation movements in both schools and heritage, museum learning teams are uniquely positioned to address the colonial nature of science that is often ignored. By appreciating the modern context of science as an evolving discipline, one that understands the influences of society on science and moves away from a strictly white, WEIRD (Western, Educated, Industrialised, Rich, Developed) view of the discipline is necessary if museums are to remain relevant and helpful to the communities we serve. Where schools are bound by an apathetic and outdated curriculum, museums have the freedom and expertise to explore the diversity of science- but how do we do it?