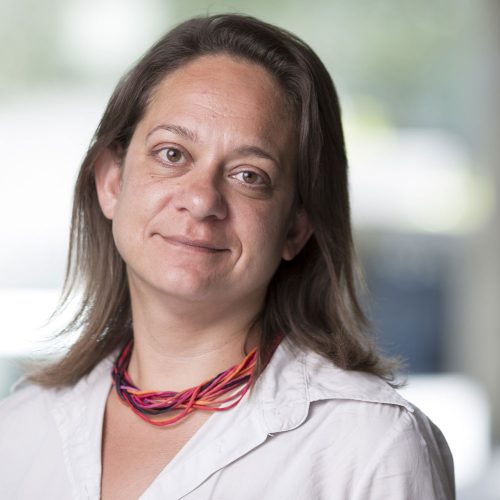 Foteini is the curator of the digital collections at the Museum of London.

The collection was born through a new experimental collecting strand which encompasses oral histories, film/video, sound, video games, social media, and the web. She started the video games collection at the Museum of London and her research interest at the moment is focusing on social media collecting.

With the move of the museum at West Smithfield market, Foteini is responsible for the digital content in the New Museum. She was the Lead Curator for The City is Ours in 2017 and she has curated a range of displays including London Visions in 2019.

Foteini has previously worked at the National Museum of Contemporary Art in Athens, at the British Library and at Battersea Arts Centre. She is on the Jury Panel for the Lumen Prize; the international award for digital art.

Going Viral is a collecting initiative, part of the Collecting COVID project at the Museum of London. It investigates how Londoners responded to the pandemic and especially to the measures enforced to control the spread by acquiring those tweets that went viral during the lockdowns. It explores how the lives of Londoners changed and how they adapted their routines, activities, relationships and hobbies to adhere to the measures of the lockdown. The project identified how Londoners used twitter during the lockdown to communicate, share their feelings, their anxieties and their views on how their life and the city has changed.