The Van Gogh Museum and the Drents Museum have jointly acquired an early painting by Vincent van Gogh: Peasant Burning Weeds from 1883. The work shows a solitary figure on a deserted plain at twilight, illuminated by a fire. Van Gogh painted the work in Drenthe, where he stayed in the autumn of 1883 and captured the landscape in paintings and drawings. This is one of the few paintings from the period to have survived. The work will be exhibited alternately at the two museums.

In 1883, Van Gogh spent nearly three months in Drenthe, where he was deeply impressed by the landscape with heath- and moorland. In his drawings and paintings, he attempted to capture the mood of the countryside in autumn. He painted numerous landscapes in dark colours, sometimes with figures at work.

His letters reveal that he painted at least 18 studies during his stay, but the majority of these have been lost. There are now only five paintings attributed to his time in Drenthe, of which Peasant Burning Weeds is one. The Van Gogh Museum collection already contains three works from Drenthe, and the Drents Museum is home to one such work. Following this acquisition, all paintings from Van Gogh’s Drenthe period are in Dutch public collections.

In a letter to his brother Theo sent on 22 October 1883, Vincent van Gogh made sketches of four paintings, including Peasant Burning Weeds. He wrote:

‘Here are a couple of evening effects – I’m still working on that weed burner, whom I’ve caught better than before in a painted study as far as the tone is concerned, so that it conveys more of the vastness of the plain and the gathering dusk, and the small fire with the wisp of smoke is the only point of light. I kept going out to look at it in the evenings…’

In the acquired work, Van Gogh successfully captures this evening effect. Peasant Burning Weeds is a dark painting with colours that are close in tone; by concentrating on the effects of light, Van Gogh created an intriguing scene. He has capably reproduced the firelight, the rising smoke, the light illuminating the hands and foot of the figure, and the shadow he casts on the land.

In 1883, Van Gogh had only been painting with oils for a year and was still seeking his style as a painter. This small yet powerful work from the initial phase in his artistic career significantly strengthens the representation of this period in the Van Gogh Museum collection. 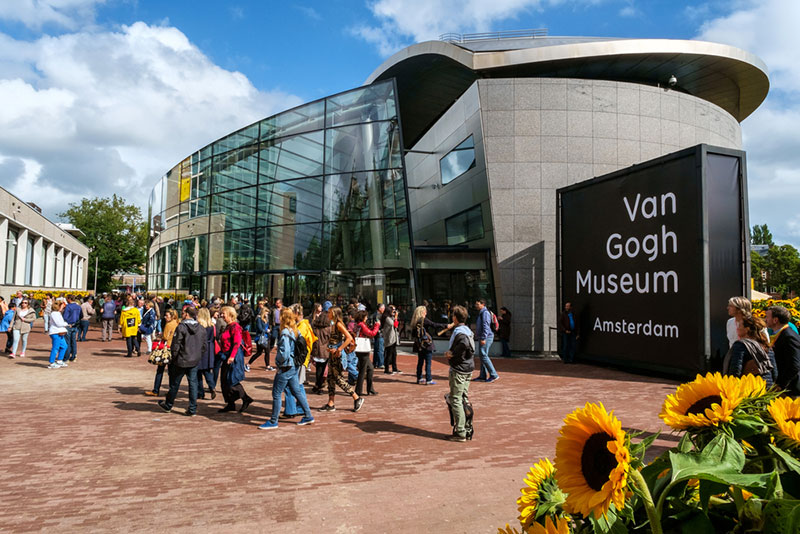 Collaboration with the Drents Museum

The Van Gogh Museum has acquired the painting jointly with the Drents Museum, and the work will be exhibited alternately at these museums. Peasant Burning Weeds will first go on public display at the Drents Museum.

From the Drents Museum, the acquisition is supported by the Province of Drenthe, the BankGiro Loterij, Beringer Hazewinkel Fonds, Stichting Vrienden van het Drents Museum and Stichting Steunfonds.