AI: More than Human at World Museum, Liverpool is a large-scale exhibition that is giving the city and region’s visitors a chance to see its world-class interpretation and interactive elements.

Billed as an unprecedented survey of the creative and scientific developments in Artificial Intelligence (AI), the exhibition explores the relationship between humans and technology.

AI: More than Human, was developed by Barbican International Enterprises and co-produced by Forum Groningen, Netherlands and was first shown at the Barbican Centre between May and August 2019.

It has taken more than two years to bring the exhibition to the World Museum – established in 1851, it is the oldest of the museums operated by National Museums Liverpool – after careful negotiations and the disruption during the COVID-19 pandemic.

Set to open in January 2021, the exhibition finally got off the ground when restrictions were lifted in the UK in May and runs until November before going on international tour at venues yet to be confirmed.

An interactive exhibition during COVID-19 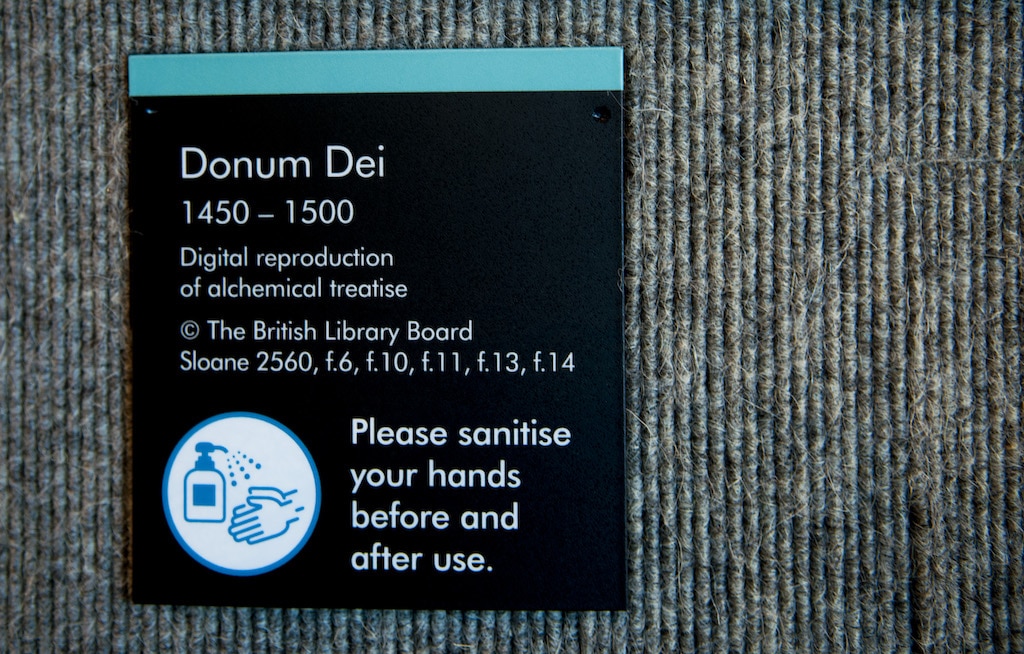 “The recovery has been quite slow, but visitors are now feeling much more confident, so much so that over the last few weeks we have almost reached capacity,” says Catherine Johnson, World Museum’s Head of Museum Exhibitions.

Covid-19 has meant that Johnson and her team have had to introduce lots of measures to keep visitors safe with extra signage, timed entry slots, enhanced cleaning regimes and hand-sanitiser stations throughout the exhibition but despite this, she says visitors are still having a great time.

“This is a subject that can be quite intimidating and overwhelming, but the reaction has been incredibly positive. Aside from people wanting to just come back into an exhibition setting after a long 18 months of COVID and lockdowns, it was great for us to be able to have interactive elements and have them presented in a way that would be safe for our visitors”

Serious about embracing the digital world 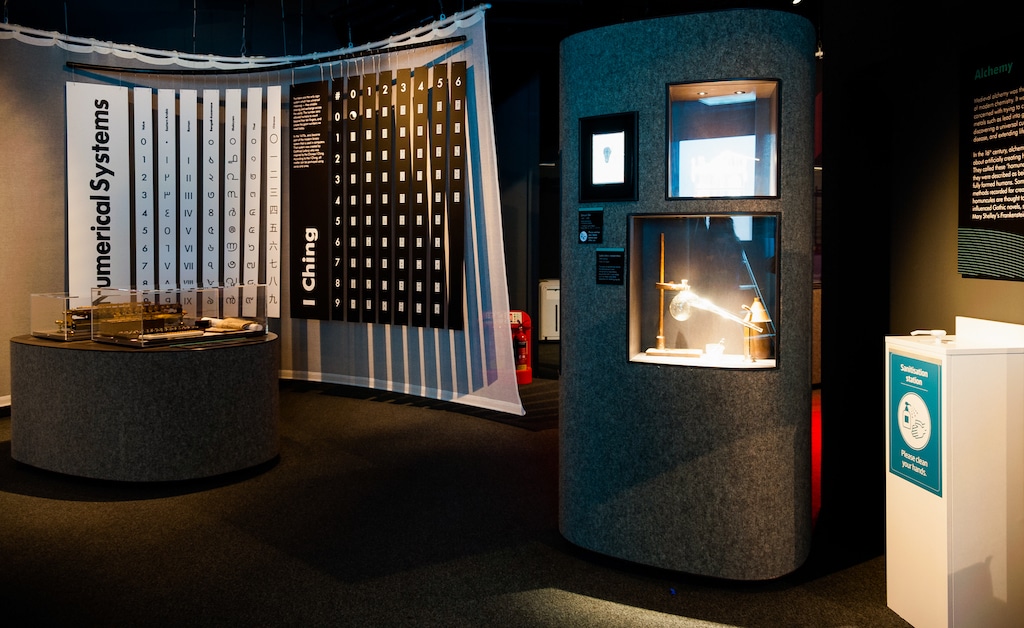 Johnson says the museum wanted to stage the ground-breaking exhibition to demonstrate that it was serious about embracing the digital world, and that as a museum it was addressing relevant and topical issues.

“We hoped the exhibition would appeal to a large popular audience, particularly teenagers and young adults, attracting people who don’t traditionally come to museums. Bringing it to Liverpool means that visitors in our region get a special opportunity to see this world-class show.”

She says that in the past an exhibition of this scale and quality would have been out of the museum’s reach financially but by introducing a ticket charges they were able to stage the major show while bringing in new sources of income to offset costs.

“We recognise that charging entry is a barrier for some visitors, so we have introduced concessions and special offers to support families.

“The exhibition is very different from the object rich displays we have staged recently but it gives staff a chance to engage with visitors in new and exciting ways.”

AI: More than Human is heavily interactive and uses cutting-edge technologies which are designed to be both educational and leave a lasting impression on visitors. 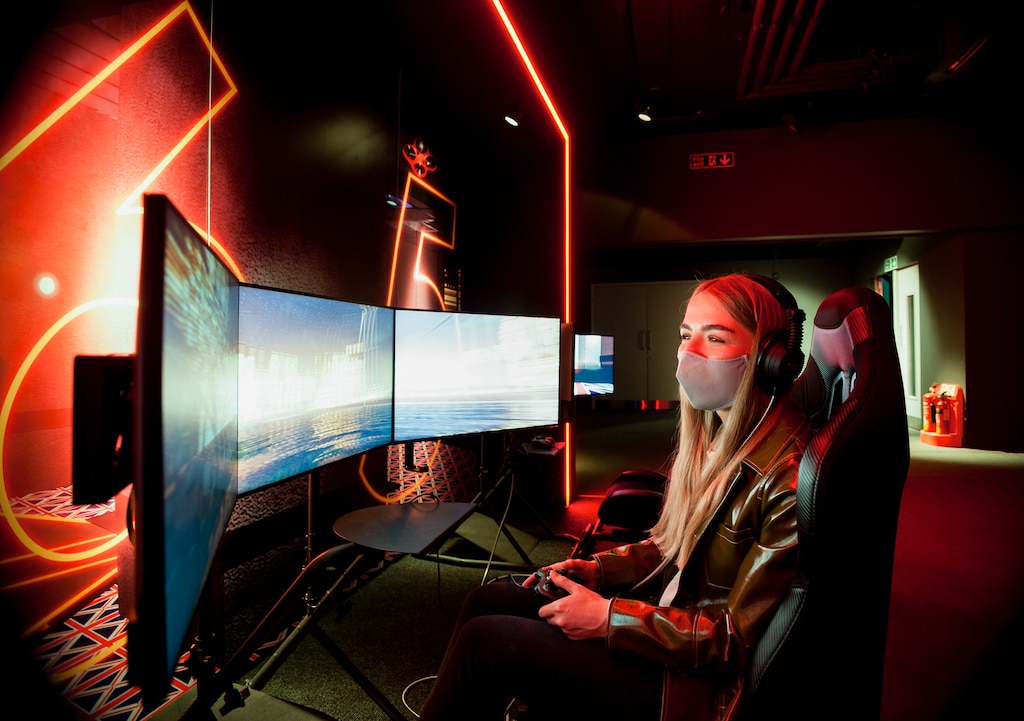 These include research projects, from Deepmind, Jigsaw, Massachusetts Institute of Technology (MIT) Computer Science Artificial Intelligence Laboratory, Sony Computer Science Laboratories and Hiroshi Ishiguro, who famously created a robot version of himself, alongside the artists who are embracing its new possibilities in their work.

Bringing the exhibition to Liverpool

In order to bring the exhibition to Liverpool, World Museum arranged detailed discussions and negotiations with the Barbican, involving numerous visits to see the exhibition in situ – which ran at the London venue from May to August 2019 – and lengthy meetings about the design, operation, and management of the exhibition.

“We then had to produce new plans and layouts to check that the exhibition would fit in our exhibition gallery and we decided to re-work the interpretation to ensure that it was as accessible as possible to a broad family audience.

“Following that we pulled together a project team and set about refining the budget and programme for the delivery of the exhibition, a campaign plan for its promotion as well as a full programme of events and activities that would help to widen our reach and engagement with visitors.”

The exhibition was offered to World Museum as a turnkey solution, which meant that everything was supplied as part of the hire fee.

“However, the way we have designed and presented the exhibition within the museum is unique to our venue, the look and feel of the marketing campaign and the programme of events that we have developed.” 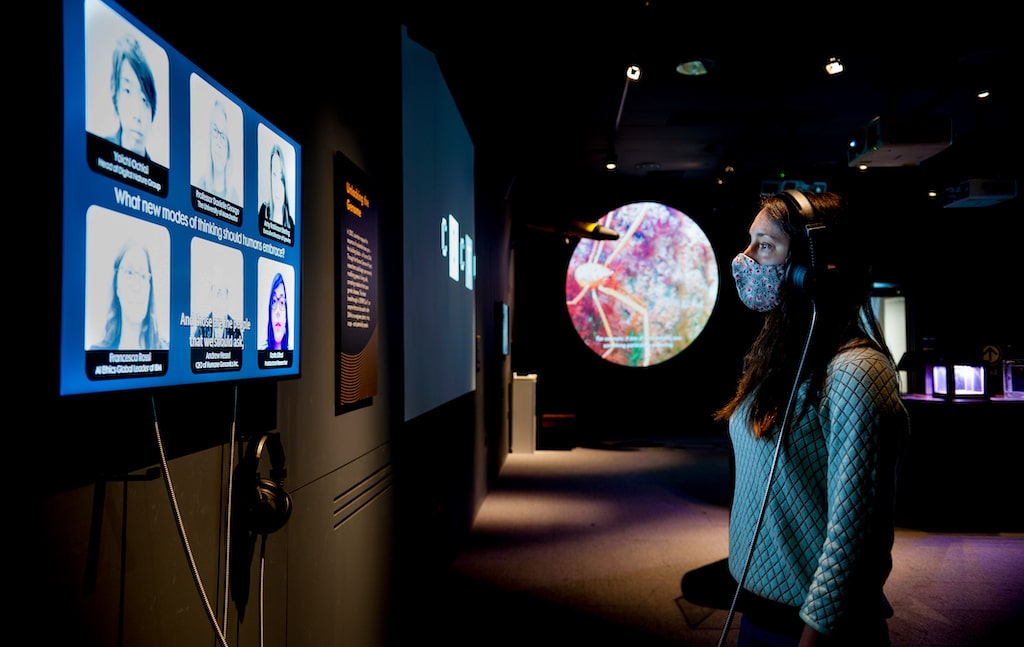 World museum partnered with experts from a number of universities to deliver a dynamic programme of events and activities to run alongside the exhibition.

Its work with the University of Liverpool ranged from Python Programming workshops to a creative writing competition where entrants were asked to submit short poems or flash-fiction stories inspired by the themes of the exhibition, and they are currently judging the entries.

“We also partnered with the University of Manchester’s Computer Science department to deliver robotics workshops to SEND (special educational needs and disabilities) families and we showcased Imagination Lancaster’s project ‘Experiencing the Future Mundane’. This caravan installation takes the technology of the near future and speculates where complacent reliance on AI will take us next and questions how comfortable we are with it.”

For the launch event Johnson brought together a panel of distinguished speakers from the fields of art, culture and technology to debate the topic: ‘AI: Should we be afraid?’. Yasmin Khan was joined by Shakir Mohamed, Dawinder Bansal and Lydia Nicholas to explore their hopes and fears about Artificial Intelligence.

They posed questions such as: ‘Is AI already shaping our lives without us realising?’ ‘Can AI empower communities?’ ‘Will AI take over our jobs?’

“It’s great if we can help visitors see and experience subjects such as Artificial Intelligence in playful and engaging ways. This can break down barriers and makes learning more enjoyable and participative, and it can be a great way for families to learn together. Science and technology can sometimes feel inaccessible but if they are presented in a fun and stimulating environment this can really fire the imagination. Seeing and experiencing things in unexpected ways can often trigger an emotional response which leads to a much deeper level of engagement.” 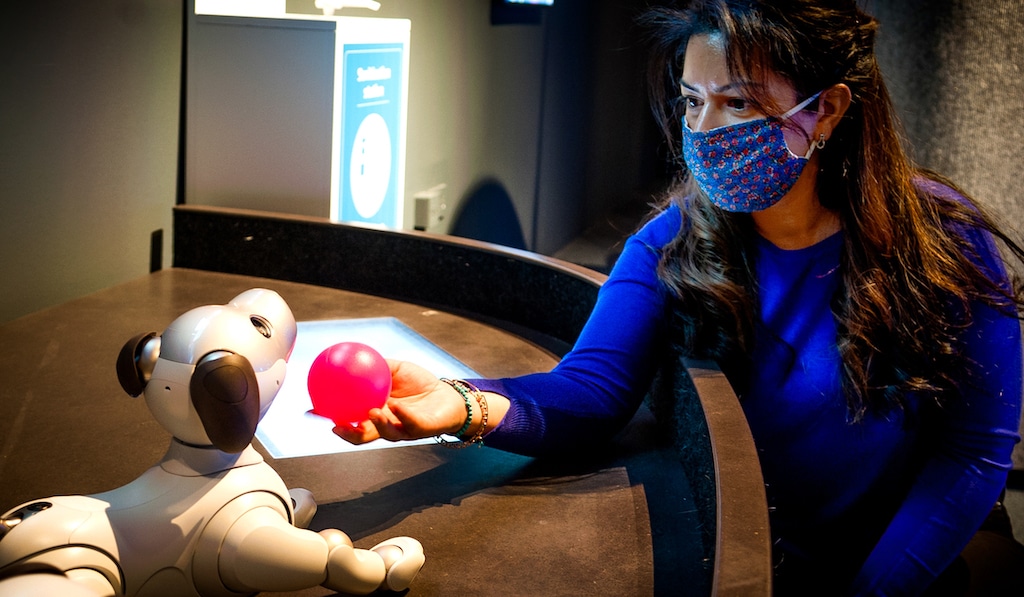 The exhibition is bursting with interaction as well as more than 170 exhibits including video games, film clips, artefacts, manuscripts and figurines, artworks, machines and robots.

“It demonstrates the opportunity for us to push our creative boundaries, and the potential of exciting collaborations between humans and machines.”

It features replicas of the Enigma machine and the machines developed by Alan Turing at Bletchley Park, which were used to crack the secret code used by the Germans during the Second World War.

There’s AIBO, a robot dog that you visitors can touch and play with who learns and responds to commands and is intended to help to boost our health and wellbeing. And a poetry machine which allows visitors to create a unique poem portrait from algorithms. 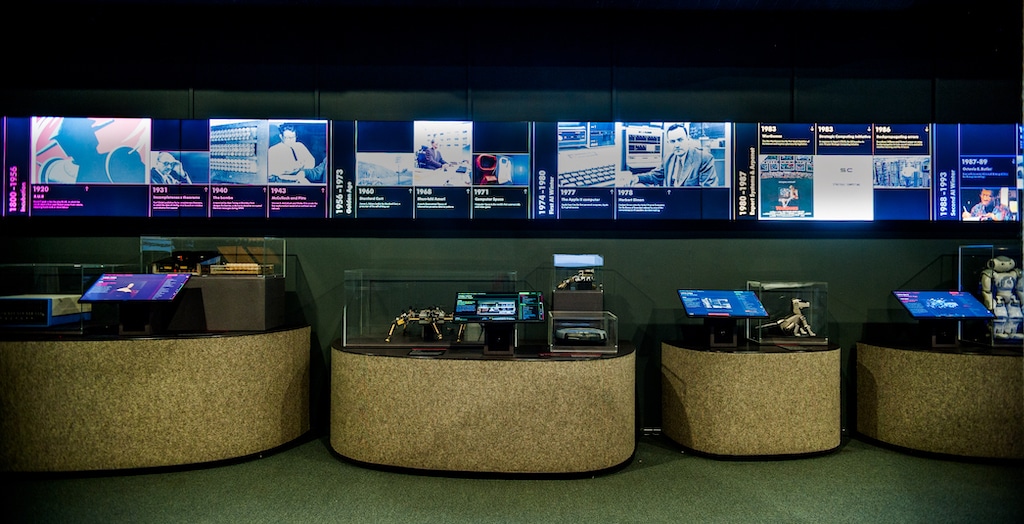 The exhibition is divided into four sections and begins with origins of Artificial Intelligence. “Its origins have been influenced by lots of factors, but some people believe it has its roots in ancient civilisation, so we look at the religious traditions of Judaism and Shintoism, the Arabic science of Alchemy and early mathematics,” says Johnson.

Section two deals with the evolution of computing from early calculating machines to the data explosion of the early 2000s and features the ground-breaking work of Charles Babbage, Ada Lovelace and Alan Turing.

Section three examines the capability AI has to change society through the media we consume and the products we buy, considering ethical issues; how will AI impact privacy, truth and freedom.

The final section looks to the future and the potential of AI. How it might shape our lives, the potential it has to improve our bodies, to eradicate illness, produce new food groups and even extend life. The exhibition encourages visitors to consider their own relationship with AI and what the future may look like.

The future for AI and the benefits for museums

“It is the speed with which AI can collect and analyse data that makes it such an attractive tool. It is used increasingly in medical diagnosis and crime detection but as mentioned before it has also become embedded in our everyday lives.

“Museums are already using AI to measure and forecast visitor behaviour, others are experimenting with it by making it part of the visitor experience, interacting with users in exciting and intriguing ways.

“It’s possible that in the future you will be able to talk to your favourite characters from history by using chatbot functions. But it is perhaps in the field of museum operations, in the management of security and energy systems that AI will bring the greatest benefits to museum practice.” 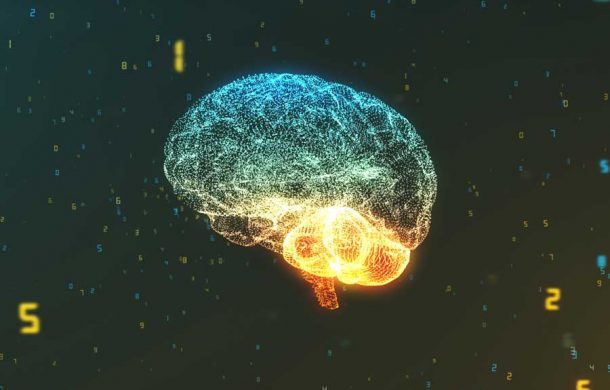 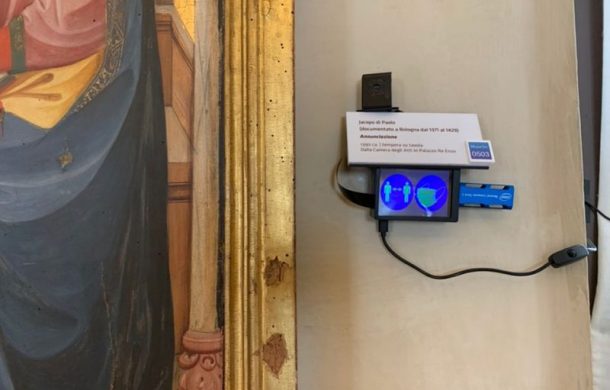 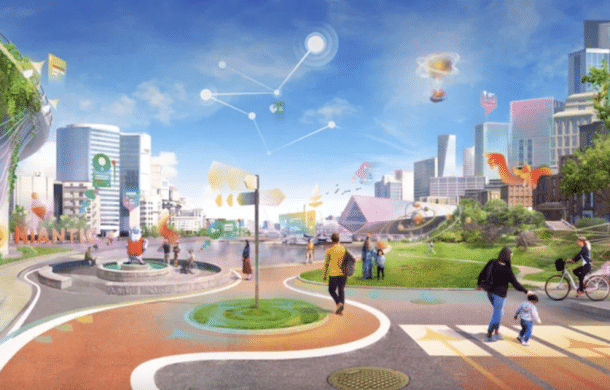 The developer of the world’s first augmented reality (AR) platform to truly take off, Pokemon Go, has partnered with museums and other institutions for its...